Hi there! You are currently browsing as a guest. Why not create an account? Then you get less ads, can thank creators, post feedback, keep a list of your favourites, and more!
Quick Reply Print version
Search this Thread
Replies: 18 (Who?), Viewed: 13154 times.
jcgurango
Test Subject

You will need...
Installing & Configuring Python
Once you've downloaded the python release, the first step is to install it. For the purposes of this tutorial, I'm going to assume you've installed it to C:\Python33\. When it's completely installed, you should add an entry to your system's path variable. To do this, follow the steps below.Now that your python environment is configured, we can begin with the decompiling.

Decompiling the Scripts
For this tutorial, I'm gonna create a folder called "TS4 modding". Copy the .zip files in the game's "Data\Simulation\Gameplay\" folder into your TS4 modding folder, and extract each of them into their own folders. You should now have three sub folders, one called "base," "core," and "simulation".

Next, you should place the unpyc3.py file into this TS4 modding folder. Create a .bat file too with the following contents:

Now, run the .bat file. You'll see some errors, but that's okay. It may take a while depending on the speed of your computer, but it should proceed to decompile all of the .pyo files so that you can edit them later on. Once it's finished, you can move on to the next step.

Editing the Scripts
So, we want to change the simulation's clock speed. The script that controls this is called "clock.pyo". It's in the "simulation" folder. Open the newly created "clock.pyo.py" file in your text editor and move to line 265, where you'll find this code.

Code:
I'm not going to go into detail as to what this does or what it changes, as it's pretty self evident. We want to change this so that it looks like this

Code:
Once you've done that, save the file. Now, we have to compile it and deploy it into the game.

Recompiling and Deploying the edit
Open up your command line (Windows Key + R and type in "cmd", or search for "cmd"), and type in

Code:
This will change the directory before the > character to your TS4 modding directory. Now type in

Code:
This will compile the script and place a sub-folder called "__pycache__" inside of the \simulation\ folder. Inside this folder is where you'll find the compiled script, named "clock.cpython-33.pyc". To actually deploy this into the game, open the game's simulation.zip file and delete the already existing "clock.pyo" file inside of it. Then, rename "clock.cpython-33.pyc" to just "clock.pyc", and copy this into the simulation.zip file. Now when you run the game, the 2 and 3 speeds will be much faster.

It should be easy enough to figure out where everything else is hiding in the scripts and edit them. You can also create entirely new scripts and put the compiled file into one of the .zip files. The game will still run them.

Happy scripting!
4 users say thanks for this. (Who?)

Hey jcgurango, thanks for tutorial, it will help a lot of people to understand how to decompile and compile python files.
If someone have empty files after decompilation, make sure you are using Python 3.3.3, newer versions may haves issues.

BTW, I recommend to use Shift+RMB in directory and open console instead of use 'cd' commands in console, it's a little bit quicker.

There is a problem on the speed change ...

There's something related with the clock-speed and the simulation speed sincronism..

If u're not using the default speeds ... then this sincronism keep getting far and far away.... and at some point .... the game goes crazy because of that ... which means that u get stucked on super-speed events (like work or sleeping)

If you don't change it by tunning (how it is supposed to be done) the math of the rates simulation/clock gets wrong resulting in this bug at some point....

I'm pretty sure its because of the sincronism... because when i've used the speed of 60... the bug happend REALLY fast... (the simulation on speed 60, after turning back to regular speed(1), caused the clock to go back half or or soo)...

Same thing happend to lower speeds ... but it took a few game days....

I'm getting a "no such file or directory" error when I'm trying to recompile. What am I doing wrong?
decemberfriend
Test Subject

I'm using python 3.3.3 and the decompiled files come up with "USAGE: C:\Users\bilba_000\Desktop\TS4 modding\unpyc3.py <filename.pyc>" in Word. Am I doing something wrong? I followed the instructions as much as I could. I've done this 10 times already...
Simser der Deutschen
Test Subject

I've done and installed all like you've described it, but I got the error in the cmd "Access denied" and the created *.pyo.py files are empty. Nothing more happens.

Is it possible, that you upload the decompiled Python files? (Or is this not allowed because of copyright, I don't know?)

[Update 1]
I got it work, I don't know why. It creates .py files and the cmd prints no errors. But now, the content of every .py file is the same as for decemberfriend:

[Update 2]
Now I got all work! @ decemberfriend
I thought, that maybe another program cause complications. So I tried the same way in an clean install virtual Windows 8.1 and it worked. So all of you, who got some errors: Try to execute the de-/compilation on another pc or a virtual pc. (I use Hyper-V)
Simser der Deutschen
Test Subject

I found a cool folder in the decompiled python scripts: 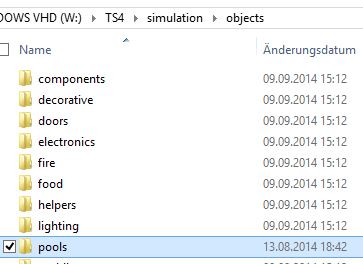 But it's an empty folder :/
Simsupermom
Test Subject
#8

Back on track
followed up until I tried to click edit, it was gray, like it is refusing to allow?? Here is a screen shot.
.

UPDATE: So I had to go in another way, I had to
My Computer ‣ Properties ‣ Advanced ‣ Environment Variables
Then add the entry point! Not sure why but in case someone else is a newbie that was the issue. The other way just grays out the edit button. Back on track!
Hope I can do this!

I think I know why it's grayed. It's because there are two environment variables menus:
The first can be edited without administrator rights, it's named "User Environment Variables" and it seems to be the same as your screenshot.
To open this one, you need to go to the Control Panel, "Useraccounts" and "Change own environment variables" (I'm from germany, the text may vary in english): 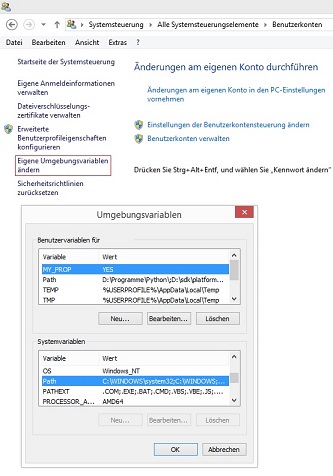 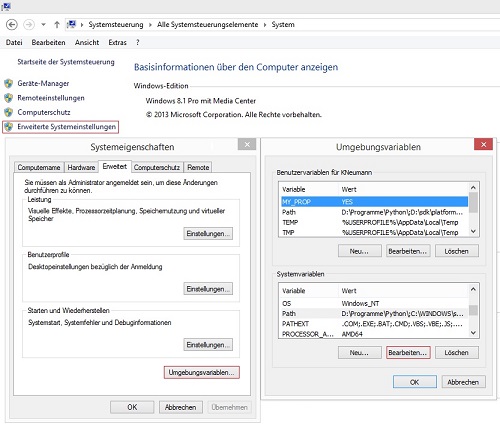 just add 'python' to the bat file to fix this. The bat file will now look like this:

Also, I was getting a syntax error for *parent on line 1654. Besides setting up your Path environment variable, make sure windows is associating the right python.exe with .py extensions (Mine was pointing to python 2.7)
Pi><ie
Test Subject
DELETED POST
21st Feb 2015 at 9:28 PM

This message has been deleted by Pi><ie.
AliXmAn
Test Subject
#11

I don't know why but the .pyo files compile to an empty .py file. What's wrong? I followed every step.

Edit: I found the solution .
simmythesim

Putting the mod file into my game didn't work, if i loaded a lot it just bounced back to the world select.
splishs
Test Subject
#13

Quote:
same thing happened to me. Hope to fix it somehow
scumbumbo

This is not the best way to be doing this - far better to inject or override just the method you are changing and put it in the mods folder than to recompile the entire script with changes and put it into the game's zip files. It will just get deleted everytime the game is updated or repaired.

Also, @simmythesim - I thought you had these changes working for you with the XML tuning? That should be the safest and most EA-update-proof method of doing this?
simmythesim

Quote:
That was a LONG time ago a while before I made the other thread, unfortunately speeding up the time multipliers causes headaches for the game, and will cause time to desynchronise and move backward when you speed up.
scumbumbo

Quote:
Interesting. I've never tried either method and assumed the XML change would work fine. There must be a calculation somewhere in the Python script that is assuming the time multipliers don't change from the defaults. Does it drift continuously, or just "jump" backwards when the speed change takes place?
simmythesim

Quote:
What happens is that time works fine, fast even, but the sims, they also move fine, until they stop, they start talking then they stop, and do it repeatedly, and then when time finally goes back to normal speed the clock goes backward. It seems to be unfixable unfortunately, as it seems to happen with no mods on lots with lots of objects or sims.

Thanks for the video -- that really makes it clear what's happening. Interesting problem. Any reason I could offer for why that's happening would be just a guess, but it seems most likely that the server/ui thread is getting out of sync with the client thread (the native object-code server is able to run faster than the Python scripting can keep up). Have you tried smaller speed increments to see if there's a threshold for your system that starts causing the issues?

You also may want to bounce it off the gurus on the EA technical forum and see if they have an informed reason.
simmythesim

Quote:
There is no threshold where time starts rolling back as time worked fine even with the speed mod on one sim and a small lot. However even without the mod lots with lots of sims, (player controlled or npcs, doesn't matter) time rolls back even without changing the speed,

I think a better way Maxis could handle speed is by changing the speed by the amount of sims on the lot. So, with 1 sim only, speed 3 runs faster than TS2 speed 3, but with 20 sims it would run slower than default to process those sims properly. Perhaps another mod for me to try working on I guess.
EDIT: Yes! progress on the mod is going smoothly, we'll have faster speeds that don't break the game within the next weeks or so.
Back to top