General - What Things Have You Never Done in the Game?

What Things Have You Never Done in the Game?
With 11 expansion packs, TS3 is brimming with features. Without a doubt, there must be some things you've never done, big feature or small.
Personally, I've never been able to check in a resort (a bug since day 1 for me), let alone run one! This thread is to share your (non) experience and let's see what feature is the most unpopular ones!

Some other examples from me:
The list goes on.

I've never killed a TS3 sim just to watch them die. I did that in TS1 once, somewhere around 20 years ago (didn't save afterwards or it was just a copy of a saved game), and I still feel horrible/have nightmares about it.

Not sure that rises to the same level of never having ordered pizza, though. How about these:
igazor
NRaas Industries
Spamaccount
Lab Assistant

I've never:
- Reached Generation 10 in a Legacy. My longest-running family has made it only as far as Generation 7.
- Made a sim-self.
- Had an heir die, except from old age.
- Had a sim master, or even make any significant progress in, the Photography Skill.
HarVee

I haven't done half the things the game offers. It takes too long to boot up and I tend to get bored waiting for it so I rarely play.
My Soundcloud, where I upload some things I make.
AGuyCalledPi


The rest, I've probably all done to some degree at some point. But I've never cared much for occults or generational play. Age categories other than Teen, Young Adult and Adult aren't my cup of tea.
Hypocrisy is only okay if I do it.
( Join my dumb Discord server if you're into the whole procrastination thing. But like, maybe tomorrow. )
daisylee

I would say that most I have not done are probably things I just do not know about. Unless I decide to study Carls for pretty much everything I am sure there are many things I have missed. I have done almost all that you all have listed. Have not maxed some things but have at least tried most of them.

Had no interest in werewolves so had just one to see then moved on. Have never been a cow plant person so used just a time or two. I like to try/see most things, but then discontinue with ones of no interest. Same with plant Sims. Had one then did not play him. Did not do much with one genie.
nitromon

I've never had forced pairing to control my population... oh wait, I did.

Well, I never had elder culling to lower the population and free up housing for the young people... wait a min, yes I did.

Hmm... I never played 1 female sim marrying 10 elders sequentially and inheriting all their wealth after they die shortly after the wedding as a black widow... ahhh... yes I did....

I think I've done it all, except I have NEVER seen the Kraken, not once, ever!

As often, I think I read at Carls or somewhere what is the best way to have it appear in my game, and I did as said and it did. Fun sight! Keep trying.
AGuyCalledPi

I'm a long time player of Kerbal Space Program, I know very well never to play games with the Kraken.
Hypocrisy is only okay if I do it.
( Join my dumb Discord server if you're into the whole procrastination thing. But like, maybe tomorrow. )
PuddingFace

Traveled to Dystopian or Utopian future.
Gone for all the degrees in University.
I have only gone for Science so far.
Played all the world adventures quests.
Prom, High School Graduation.
If you like my mods. Consider supporting me on Patreon

And I don't own Showtime, University Life, and Into the Future, so I've never done anything with them.
Elynda

I've never played the Architect, Stylist or the Daycare careers.
Never played a sim with the Heartbreaker LTW.
Never completed the Gold Digger LTW.
Never yet thrown a party without at least one sim complaining that it was lame. (They are, in any case, almost invariably a disaster, and on two occasions when attempting to throw a bonfire party the house got hit by a meteor)
Never run a resort (I've tried building one but couldn't get it working).
Never played as a vampire, a werewolf, a ghost, or as mermaid.
Never had a sim succeed in becoming a fairy at the Arboretum.
Never seen the Kraken.
Never yet had a sim born in game pass through all the life stages and die of old age.
And, whilst on the subject, I've never had a deceased sim get one of those fancy obelisk tomb stones.

There may be a few other things, but those are the ones that spring to mind.
Simblr: Elyndaworld *** Wordpress: Tales of Nantrelor
KittyCarey
Instructor

The sim I immediately think of who I have played through all the life stages, and who now has a fancy obelisk tombstone, James Starbright, is the sim who has done a lot of the things you can do in the game. Maxed out Spellcaster hidden skill. Set fire to many sims. Golddigger LTW. Criminal Mastermind. Learned all the elixir recipes. Turned many sims into toads.
nikel23

Quote:
Sounds like your SIm has lived a full live as a witch!

I just realized I've also never experienced any unnatural deaths, despite a very long list of possible deaths! One exception when I had a meteor falling right in front of a school. Fortunately it only took 2 casualties... But hey, it was a truly amazing natural disaster that I enjoyed having in a lack of unexpected events in Sim's lives.
Just call me Nikel
sweetdevil

So many things! Now that I think about it, I played pretty much all the content in the early EPs (WA and Ambitions) but not much of the subsequent ones.

World Adventures: I've never built a tomb myself (if that counts).
Late Night: I've never played a mixologist sim.
Generations: I've never had a sim run a daycare (props to the players who can handle babies and toddlers, I generally like to not have more than 2 at a time).
Pets: never owned or ridden a horse. Did try to befriend a fussy unicorn, but the bastard didn't want to be my Evil sim's friend for some reason.
Showtime: I've never played the DJ profession (?) or actually played in Starlight Shores! The most I've done is try to remake some buildings and sims, but gave up on it.
Supernatural: never played a werewolf, I think? I don't remember lol.
Seasons: never had a sim struck by lightning, disappointingly

One vampire in my current game just got a very nice tan recently, though.
University: never had a sim flunk out of university. To my knowledge, I haven't grown a Forbidden Fruit either.
Island Paradise: never played a resort or a lifeguard sim. Diving and houseboats are pretty cool though!
Into the Future: didn't do much before uninstalling it, it just doesn't fit the gameplay I like.


Quote:
The first time I saw it, I thought for sure that was it for my family!

Luckily, it just swam past and didn't even notice them (or was in a good mood that day).


Quote:
I once had a meteor fall on the school lot and take out 3-4 children! (see second pic) At the time I didn't even know kids could die - I remember reading that Sunset Valley's Opal Suarley (the little girl who drowned and whose headstone is at the graveyard) was a sort of anomaly for the game.
Simblr | TS3 CAS Conversion Catalog - for basegame, EP, SP, and Store clothing!
CC reuploads: gelina | Hal's Archive | Kewai-Dou | mitarasi | Modish Kitten | pocci | Yesod Sims
PANDAQUEEN

I never went to college.
I should be the only one to shine,
I am the Golden Queen of Shadow Galactica
(Translation of a line from image song Golden Queen Galaxia)
glowstarsinajar

Never had a married couple divorce. Till death do us part for my couples!
peno
Lab Assistant
#19

I did have a married couple divorce, but I never had my Sim to be a cause for already married unplayed couple in my town to divorce. Played couple, however, is a different story

I never had a Sim to learn all the culinary recipes in the game (counting all the EPs), but I still was able to complete Culinary Librarian LTW, since obviously, despite its description, it doesn't really require you to learn all recipes

Never used Elixir to change my Sim into supernatural Sim, though I plan to change that. My Sim just got the fairy and werewolf Elixir and I do plan to use them both, though not both on the same Sim, so, now, I just have to decide what Elixir I'll use on what Sim

Speaking of this, I neve cured any of my supernatural Sim out of their supernatural life state. And I also never had any of my played Sim turn into Zombie. Which I actually regret.

I am sure there are other things I didn't do yet, but I can't remember. If I will remember, I'll write them.

Never used the Simport either or traveled to Egypt

Having had all the add-ons, including the Katy Perry licensed ones, it is still an expansive universe.
I should be the only one to shine,
I am the Golden Queen of Shadow Galactica
(Translation of a line from image song Golden Queen Galaxia)
LittleCheshire

I've been playing the Sims 3 since 2013, maybe even earlier, and I have never done a lot of things in this game. It's nuts, you'd think I'd just started playing 6 months or a year ago.

- Had a Sim master a skill

- Owned more than one house

- Woohooed anywhere other than the bed

- Encountered an alien or experienced abduction

- Gotten past being a 3 star celebrity

- Played in worlds other than Appaloosa Plains, Sunset Valley, Isla Paradiso, or Custom

- Tamed a wild horse or befriended a unicorn

- Traveled to Egypt, France, or China

- Done anything with University except just go there

And so, so many more. I have all the expansion packs and yet I haven't touched most of them. Even the ones I have touched I've only explored them at a surface level. I truly cannot wait until the right time comes so I can really dive in to the game.
Oh c'mon. There better be a point to all this stress I'm under.
pretenshus

I've never done the generational thing. No one is ever born and no one ever dies. There is no such thing as the passage of time. :}
SneakyWingPhoenix 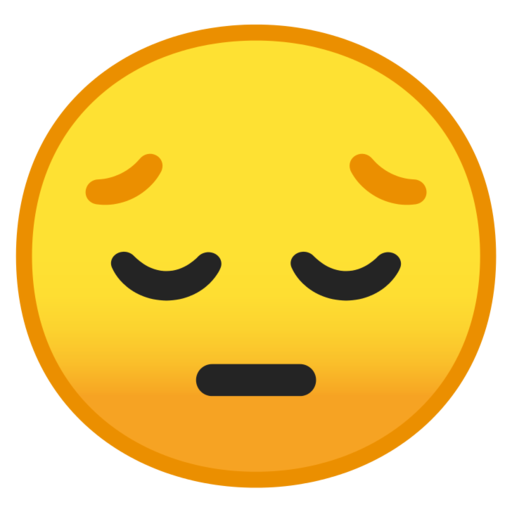 Quote:
Sounds to me like Pokémon anime with its always-ten-years-old Ash over 23 years


Quote:
Really? It's hard for me to not get to 5-star celebrity within just a week of a gameplay. Usually, during the second week, my whole family is 5-Star celebrities, except newly-born, adopted or genetically engineered children. Becoming celebrity is WAY too easy in this game. How long did you actually play?

BTW, this reminded me, how many of you never tried genetically engineer baby?
Back to top