I want to make a mod for banning sims for flooding and spam. What to do? 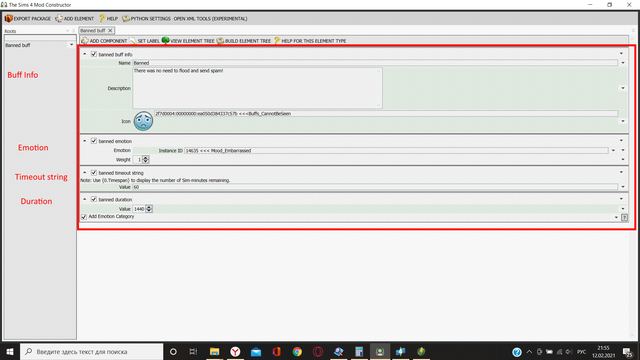 How do I test this moodlet? What lesson can you advise me?