Hi there! You are currently browsing as a guest. Why not create an account? Then you get less ads, can thank creators, post feedback, keep a list of your favourites, and more!
Quick Reply Print version
Search this Thread
Replies: 29 (Who?), Viewed: 3042 times.
Page 1 of 2
kanzen

but I can't find any male NPCs to my liking...any suggestions? where can I find good npc/townie bachelors? I already tried Mr. Big but he's too annoying I kept killing him.

Anyways here are the ladies: 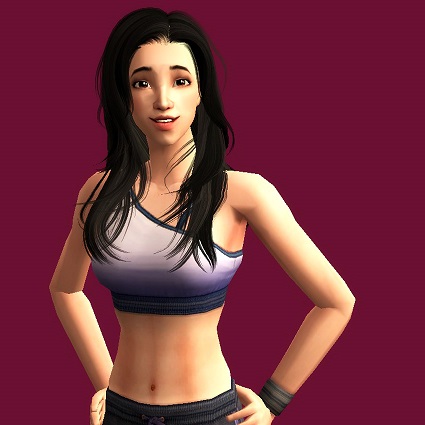 Fortune, Pleasure | Wants to become Head of SCIA (Intelligence)
Aquarius | Really into Entertainment, Money, Culture, Environment, Sports, and Toys | Bachelor's Degree in Economics
Despite being a Fortune sim, Yina's really into calculated spending for fun. She can always earn it back anyways.
A well balanced lady like Yina is looking for someone handy and reliable in the house. 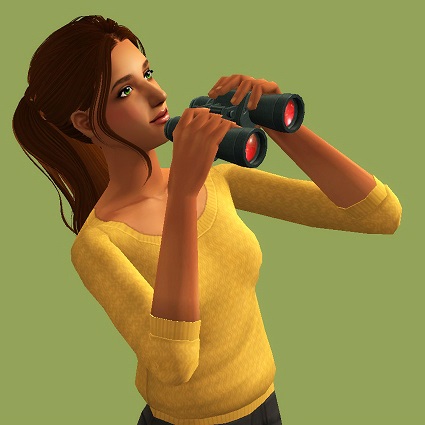 Popularity, Fortune | Wants to become Captain Hero (Law Enforcement)
Taurus | Really into Environment, Culture, Sports, Weather, Health, and Fashion | Bachelor's Degree in Biology
Rachel's so friendly she can make friends faster than Yina makes money. However, Rachel does like to take hikes by herself, or just a quiet day in.
Considering her ambivert nature, Rachel still wants a charismatic man who can keep up with her. 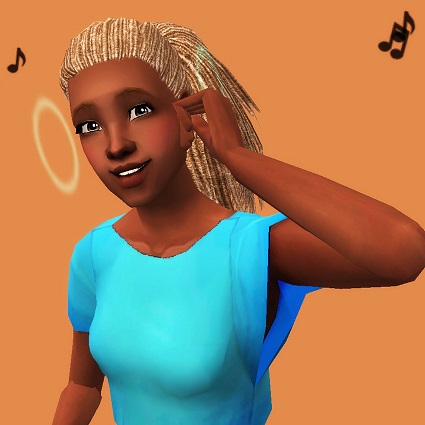 Family, Fortune | Wants to become Education Minister (Education)
Aries | Really into Environment, Culture, Weather, Travel, Sports, and Food | Bachelor's Degree in Psychology
Call her Ms. Responsibility, Dawn is the mother of the group, and sees the girls as her own children. She likes to think while playing the piano.
Dawn demands stability and would like a smart man who can command a kitchen. 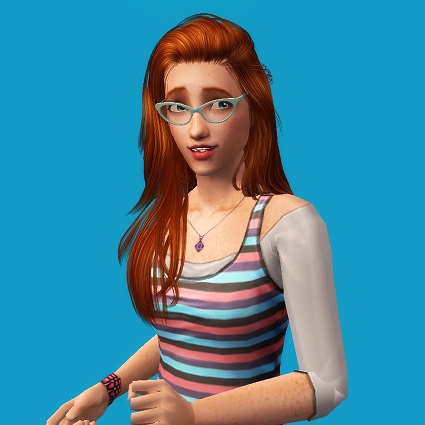 Knowledge, Family | Wants to become City Planner (Architecture)
Cancer | Really into Culture, Travel, Toys, Money, and Entertainment | Bachelor's Degree in Mathematics
While Dawn is the mother, Lorelei is considered the baby of the group. Despite her meek disposition, Lorelei can shred a guitar.
All 3 girls agree that Lorelei needs a kind yet adventurous soul to raise her up and travel the world with her.

If I can't find good gene NPCs I'm open to downloading CAS sims or if you have sims of your own that you want to enlist as a suitor, I don't see why not. They're in for a good deal, I tell ya that

I would check out maryannesims, she has some fantastic sims up for download. However an NPC is more likely to be skilled up when you move them in.
Uh oh! My social bar is low - that's why I posted today.
My SIMBLER | SIM WHIM | SIM VIDS | SIMS 2 STORIES | SIM PICTURE-TAKING TIPS | MY HOOD | SIMSTAGRAM | TWITTER | TWITCH
kanzen

thanks Charmful, I'll check it out

Yeah I wanted NPC or downtownies at least but theyre just...weird hahhah maybe I havent spawned the right romeo yet
simsample


In his defence, even though he's not much in the way of husband material, he does make nice babies. Here's one of his offspring:

Quote:
He looks ready to help in supplying babies

but smells like trouble!! my ladies got eachother's backs...or do they?
Annaminna

He will blink to everyone...


What about downtownies there is not so many but you can look at them here: http://sims.wikia.com/wiki/Category:Downtownies
Click on portrait and you will get more info.
Emperor Crat

pfffftttt I could post myself but that would be stupid as all my sims have CC hair since i replaced all default hair and eyes .w.
I build small houses *^*
kanzen

Quote:
Buy a Husband!!! You're giving me thoughts now

You can bribe a gypsy to drop the best Prince Charming she can find, or give one of the more romantic ladies the 'Massive Attraction' talent and let them be the Pied Piper for men.
kanzen

Quote:
unfortunately I don't have a romance sim

and I didnt check that for their secondary aspiration either.....guess I'll try calling the matchmaker!
simsample

Quote:
When you end up with Goopy Gilscarbo, I think you'll find that Sim Sample becomes a slightly more attractive option.

Quote:
I'm seriously thinking about him, I can always use a littledrama hahaha - anyone but Goopy!!!

Sim Sample is probably not an offer you should refuse

Quote:
my sims wont have an ancestor named Goopy! Not for as long as I live

He's probably just as embarrassed to be called Goopy. Change his name and set him free!
Voeille

Well, the name Goopy sounds really similar to stupid in my native language.
“Secret is only a secret when it is unspoken to another.”
Simblr
My profile on the official forums
kanzen

I just remembered I saw this hottie around 5+ years ago in GOS. Definitely downloading him but I don't know who I should pair him with.

LOL, I thought you were going to say that was a makeover of Goopy.
whoward69

I suspect his first choice would be a mirror

Just call me William, definitely not Who-Ward
Pick'N'Mix Mods for The Sims 2
simsample

Quote:
Are you Polish? It does sound like głupi!

﻿﻿﻿﻿﻿
“Secret is only a secret when it is unspoken to another.”
Simblr
My profile on the official forums
AndrewGloria

Ravi (Patrick) is the illegitimate son of Jon Smith Tricou. He is Virgo/Pleasure but I gave him 5 extra Nice points so he could take part in an "open" relationship under the terms of Pescado's Romance Mod. It turned him into one of the most considerate characters in my game -- a Pleasure Sim who loves to give pleasure to others. He's the sort of person who likes to brighten up the day of everyone he meets. I don't think I've ever seen him treat another Sim in a mean way. If I have any criticism of him, it might be that his wish to please others might extend to getting into bed with almost anyone who asks him. So, as potential husband material? Ravi is Jack Gill's live-in boyfriend. Ravi truly loves Jack, and Jack loves him in return, but Jack is promiscuous in his love, and Ravi has the very unusual good sense not to try to change Jack into something he's not. So, when Ravi makes out with other boys, he knows it's something that Jack wants him to do. Jack would feel hemmed in if he thought Ravi wanted an exclusive relationship. I think in his heart he'd like his relationship with Jack to be more monogamous and conventional, but he's never going to jeopardise what he's got. It's good to feel loved and wanted. I know I ought to love all my Sims equally (Sims are like children aren't they?), but I'm afraid that Ravi will always be a bit of a favourite.

Dark skinned Berjes (Nolan) is Knowledge/Pisces. He has the edge on Ravi in looks, so that could certainly be a consideration in choosing a husband. He has seven Nice points, but in my game he sometimes seems to have a bit of a chip on his shoulder. He would retort that he has ample reason to feel like that as other Sims have messed up his life. His love life has certainly not been straightforward; he definitely doesn't want the sort of open relationship that Ravi has, but was unfortunate enough to get entangled with a Sim who did (my CAS Romance teen, Gordon Cornton). He was in love with Gordon and was devastated when he found out that Gordon was regularly making out with half the boys in the neighbourhood. He then formed a relationship with Veronaville townie Amar Larrea (Family/Aquarius), but Amar had also become entangled with the same Gordon Cornton, and it took a long time till Amar clearly saw that Berjes was right for him and there was no real future with Gordon. I hope they will now settle down to a steady relationship and that Berjes may finally start to lose that chip on his shoulder. As adults, he and Amar may well marry and adopt children. With his 7 Nice points and good looks, Berjes should really be quite a desirable catch.

Well I've gone on a bit (as usual) but I hope I might persuade you to look again at these two young men, whom you may have overlooked on account of their youth.

All Sims are beautiful -- even the ugly ones.
My Simblr ~~ My LJ
Sims' lives matter!
The Veronaville kids are alright.
Back to top