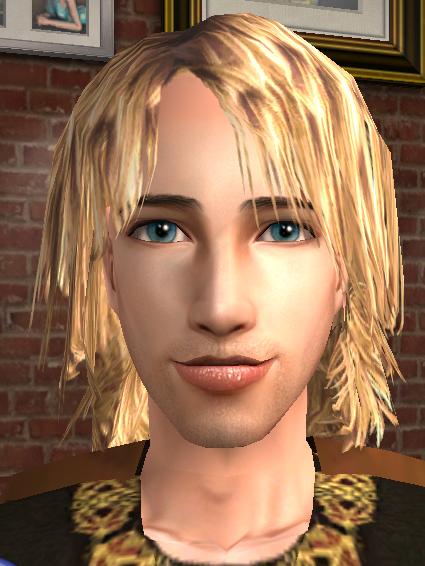 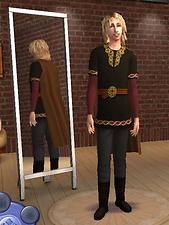 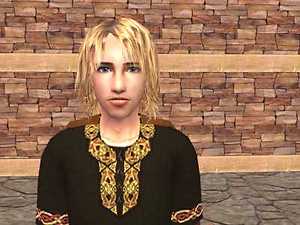 61 Thanks  Thanks     3 Favourited
Gundavolt, made some days ago a sim, so I didn't wanted to post mine, but i talked to her and she insisted

As you don't seem to like my explanations, this si copied, and shortened, from the wikipedia
Balder is, in Norse Mythology, the god of innocence, beauty, joy, purity, and peace, is Odin's second son. His wife is called Nanna and his son Forseti. Balder had a ship, the largest ever built, named Hringhorni, and a hall, called Breidablik.

In the Gylfaginning section of Snorri's Prose Edda Balder is described as follows.

The second son of Odin is Baldr, and good things are to be said of him. He is best, and all praise him; he is so fair of feature, and so bright, that light shines from him. A certain herb is so white that it is likened to Baldr's brow; of all grasses it is whitest, and by it thou mayest judge his fairness, both in hair and in body. He is the wisest of the Æsir, and the fairest-spoken and most gracious; and that quality attends him, that none may gainsay his judgments. He dwells in the place called Breidablik, which is in heaven; in that place may nothing unclean be


Apart from this, Balder is known primarily for the myth surrounding his death. His death is seen as the first in the chain of events which will lead to the destruction of the gods at Ragnarok.

He had a dream of his own death (or his mother had the same dreams). Since dreams were usually prophetic, this depressed him, and his mother Frigg made every object on earth vow never to hurt Balder. All but one, a weed called mistletoe, made this vow. Frigg had thought it too unimportant to bother asking it to make the vow. When Loki, heard of this, he made a magical spear from this plant. He hurried to the place where the gods were indulging in their new pastime of hurling objects at Balder, which would bounce off without harming him. Loki gave the spear to Balder's brother, the blind god Höðr, who then inadvertently killed his brother with it.

Balder was ceremonially burnt upon his ship, Hringhorni, the largest of all ships. As he was carried to the ship, Odin whispered in his ear. Nanna, Balder's wife, also threw herself on the funeral fire to await the end of Ragnarok when she would be reunited with her husband. Balder's horse with all its trappings was also burned on the pyre. The ship was set to sea by Hyrrokin, a giantess.

Upon Frigg's entreaties, delivered through the messenger Hermod, Hel promised to release Balder from the underworld if all objects alive and dead would weep for him. And all did, except a giantess, Thokk, who refused to mourn the slain god. And thus Balder had to remain in the underworld, not to emerge until after Ragnarok, when he and his brother Höðr would be reconciled and rule the new earth together with Thor's sons.

When the gods discovered that the giantess had been Loki in disguise, they hunted him down and bound him to three rocks. Then they tied a serpent above him, the venom of which dripped onto his face. His wife Sigyn gathered the venom in a bowl, but from time to time she had to turn away to empty it, at which point the poison would drip onto Loki, who writhed in pain, thus causing earthquakes. He would free himself, however, in time to attack the gods at Ragnarok.

Now for the custom content:
Hair: wonderfull hair by Kavar, download it here
Skin: Louis of SimCribbling
Clothing: belongs the medieval project, A midsimmer night's dream
Get this or another cape here, by Generalzoi, recolours here
Oh, and eyes, and eyebrows are my Exnem