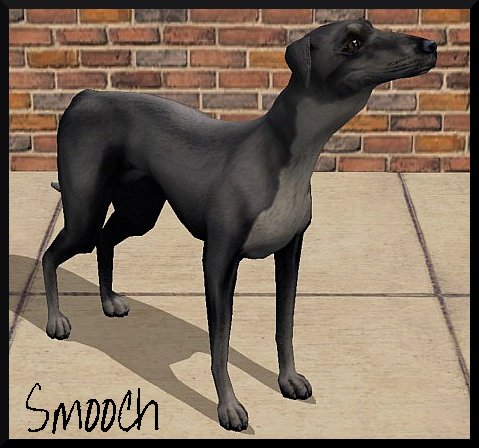 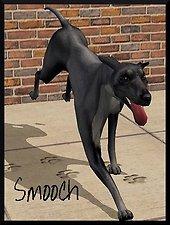 Created by oniella2000
View all Downloads
Uploaded: 21st Oct 2006 at 10:53 PM
Updated: 3rd Nov 2006 at 3:27 PM
Here is my second upload, so PLEASE tell me if it doesn't work.
My doggie Smooch! He is a male Grey Hound (though he can be female :p). He's not an elder, though not quite an adult anymore. So instead of being straight black, he has a grey shine to his coat. His fur color is a little faded but isn't completely dull.
as shown here:

Smooch is a very hyper dog whom is also very shy. He is scared of most things, but no matter what is always friendly!

If you are wondering about his name, well he was adopted on Valentine's day by another family and a little bit later adopted by us! We thought the name was cute :p. He was adopted from the California GreyHound Adoption Association where he was saved from being killed after retiring from racing. If you would like to learn more about the association or Grey Hounds here is a link

Hope you like him! Don't forget to hit the thanks button