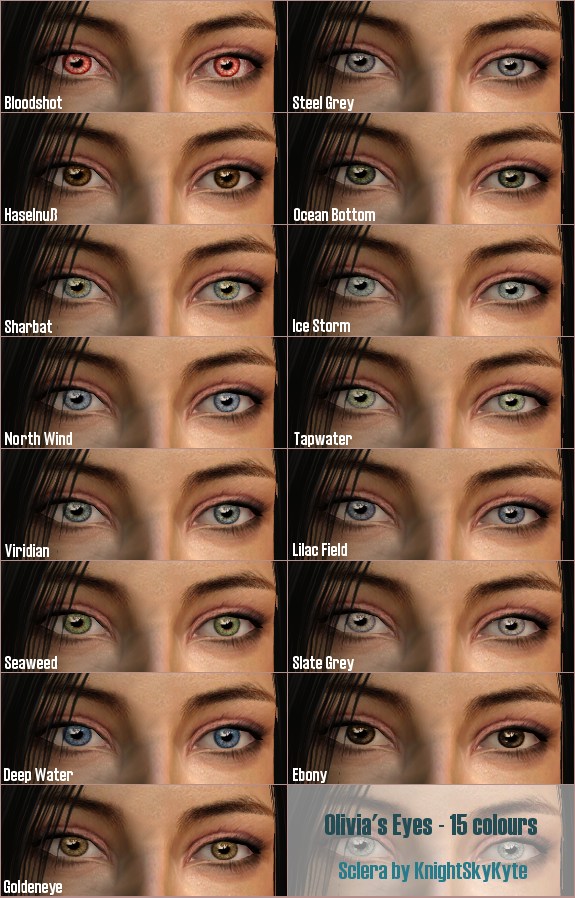 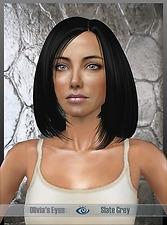 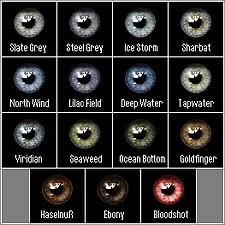 3,466 Downloads 1,427 Thanks  Thanks 81 Favourited 78,854 Views
Picked Upload!   This is a picked upload! It showcases some of the best talent and creativity available on MTS and in the community. [Shown here is the actual 1:1 texture of the iris]

The grey version of these eyes were requested in several posts so I fired up my trusty, crusty good ole' PSP and did a couple of recolours to make up a complete set. The sclera base was made by KnightSkyKyte thus they deserve half the credit.

It says in the preview pics that there are 15 colours in total but I was forced to include two versions of both 'Ice Storm' and 'Slate Grey' in the .rar because Clean Installer was acting up and would not show me the filenames and there was no way to weed out the two extra recolours from the rest.

Olivia's eyes made into defaults by spikesminx

And Now For Something Completely Usual