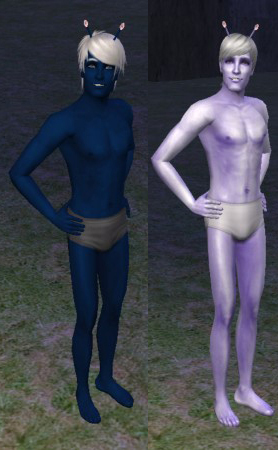 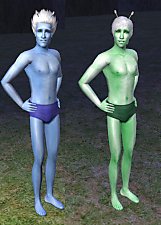 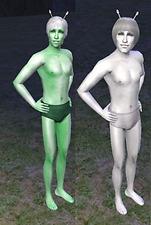 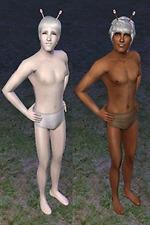 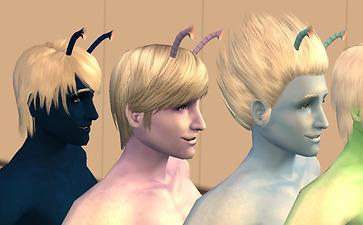 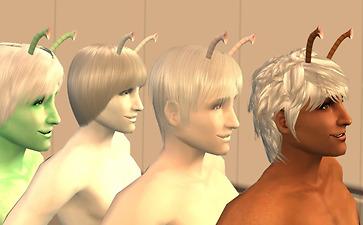 245 Thanks  Thanks     16 Favourited
This is a new mesh recolour, and means that you will need to download the particular mesh itself in order for this to show up in your game. See the Meshes Needed section or read the text for more information.
For centuries the Andor homeworld was unknown to humans. Their customs and culture was alien to us. In the past hostile enemies to the Vulcans but after the mid 22nd century the humans managed to broker peace between the waring parties and only ten years later they all founded the United Federation of Planets together.

Now decades later the two indigiouns species of Andor, the Andorians and Aenar, have started to breed more commonly with themselves and others. Most common is the green Andorian Aenar hybrid.

But the close bonds with the humans have also produced som interesting variations. These are the decendants of caucasians and africans. Resulting in a dark blue and lavender skincoloration in the hybrids with Andorians and a palepinkish and light brownish color for the Aenar hybrids.

Genetecists have made reserach on how the white hair seem to be the dominant trait over the darker human colors but have not yet found the exact DNA sequence that supresses the human haircolors. But they have found that the hybrids do have som interesting genes that control the eyecolor. They goes against everything previously known about DNA and takes it coloration from the skin which is a blend depending of what skincolors the parents have.

Sims, haircolors, hairstyles and eyecolors aren't included.
Only the actual recolored antennae and skins are available for download.

You are free to use these as you want in your games but do not post these files at any other sites without Xanathon, HystericalParoxysm and my approval.

If you make more recolors please feel free to post a link to them in this thread.

Additional Credits:
Goes to Xanathon creating the Andorian Antennae and for giving me permission to post these and include a new mesh download for the reworked Andorian antennae needed for these recolors.

Goes to HystericalParoxysm for making the antennae mesh recolorable and for her Idolatry Beyond and Idolatry of Flesh skin tones and for letting me recolor them.

Use her Idolatry of Flesh skintone to complement these recolors for humans.