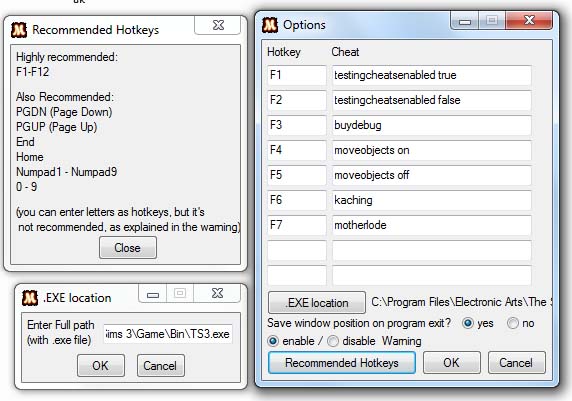 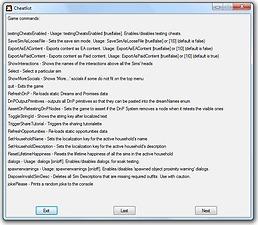 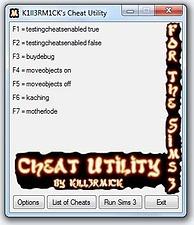 *February 23, 2010 : This isn't really an update, just uploaded an older test version of the config file in the zip the first time, doesn't change anything to the program, just enables the warning for the hotkeys and removed test hotkeys.
*February 23, 2010 : Very quick after the last one: I just noticed something that could be really annoying, if you click cancel after editing the .EXE location, it didn't respond to the OK button in the options screen, but I fixed it.
*February 24, 2010 : Yet another update, a minor one. This time because of an edit in the recommended hotkey screen. Under "Also recommended" it said: "Numpad0 - Numpad9" and "0 - 9", but I discovered that it could be very annoying if you had assigned a hotkey to "Numpad1" or "Numpad2" etc. or to "1" or "2" etc., because I use them to set the speed of the game, so I changed it to "Numpad5 - Numpad9" and "5 - 9".
*March 6, 2010 : This time, I added three more spaces for hotkeys and cheats, on request of Winterhart. I also made a minor change in the "recommended hotkeys" screen.
*March 6, 2010 : IMPORTANT UPDATE! Last update, I messed up something in the program, with the tree new spaces, but that fixed now.
*March 8, 2010 :

I'm terribly sorry for the last three updates. I forgot some things in the program, but i think it's fixed now. I hope not too many people experienced problems, and I strongly recommend you to download te latest update!

I'm new here, and this is my first upload. I made this program because I got tired of entering the cheats I use very often, so this is a program to assign hotkeys to cheats.

I just noticed that Random667 has the same kind of program, but I still want to upload it, so it can be tested, and maybe used by some people.

It's a very easy to use program. You can assign hotkeys to cheats, and easily change the hotkeys. There's also a button to launch the Sims 3. I directed it to the usual Sims 3 file (TS3.exe) but you can change it in the options screen to another directory, or if you have Worldadventures, you can direct it to that one. Also, if you want the launcher to appear first, you can direct it to the Sims3Launcher.exe.

I hope you'll enjoy my program and help me to improve it.


P.S.: I got a lot of questions about how it exactly works, so I decided to make a smal user guide:

3. Go to the options screen

4b. Add or change a hotkey in the list. Look under the recommended hotkey section for what hotkeys you can use.

5. Add or change a cheat behind your hotkey.

6. Pres OK, then the changes will be applied.

7. Run the game (if not already running)

8. Press the hotkey you assigned.

9. That's it! You can assignt more hotkeys and cheats if you like, doesn't matter if the game is already running, just repeat some of the previous steps.

10. If you have any further questions, don't be afraid to just send me a PM or comment

If you need more info, see:
Back to download view
56 Comments / Replies (Who?)