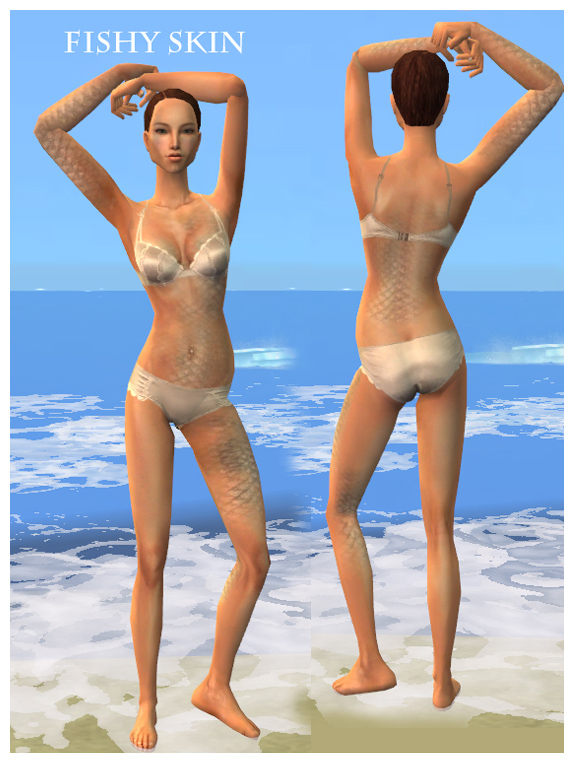 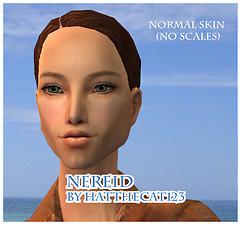 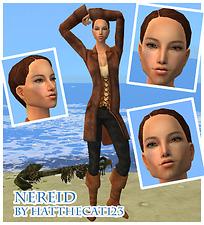 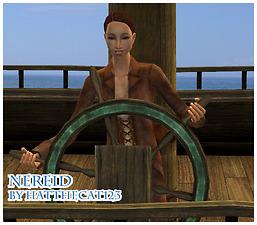 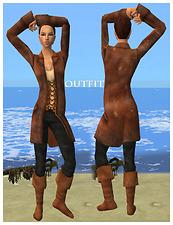 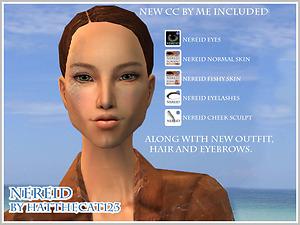 All working now, I've clean installed the packs so they are now less than half the size they were orginally (some wierd unknown stuff)!!! So now they should be super game friendly, sorry about all this, i don't think any thing super bad will happen to your game cause of this but just in case it would probably be best to reinstall if you don't use Clean Installer to sort these things out any way. sorry if this is all mispelt and stuff IE don't have no spell checker like my good friend Chrome.
Thanks Lance for reporting this!

Merry Christmas and a Happy New Year! I present to you Nereid my latest sim...enjoy and thanks are always welcome! 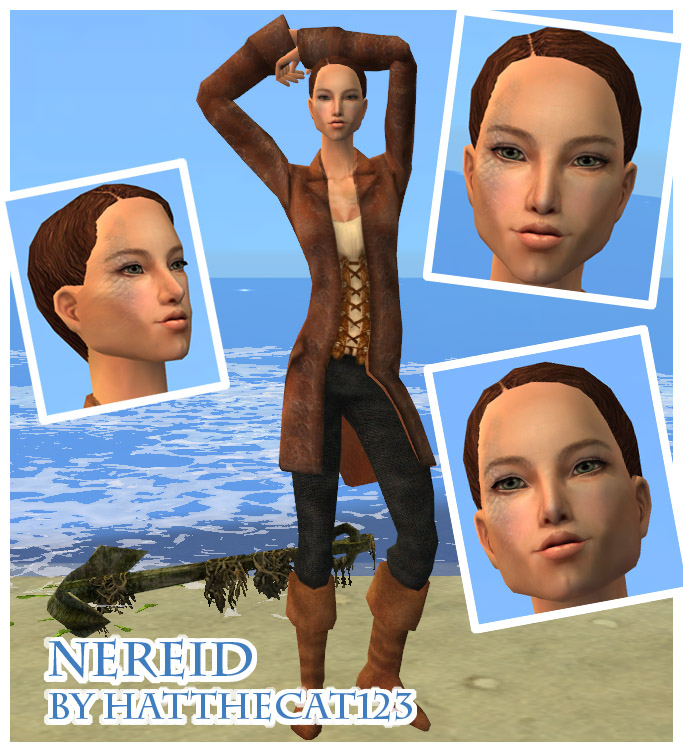 One day an old fisherman was out on his boat to retrieve his days catch, when he looked inside to net he found a beautiful silver fish with gleaming scales he could not make himself kill it. Instead he put it back into the net and sailed back to shore. In the night he heard a strange ripping noise from outside and the figure of a child was shown to be disentangling it’s self from the net, it came towards him face and body oddly glistening in the light. The fisherman reeled backwards as the child was covered in patches of scales which shone oddly in the moon’s rays and then pilled onto the floor unconscious. The old fisherman took her into his home, he gave her warm food and took care of her as if she was his own child. He took her fishing with him since she never looked so happy as she did at the sea and weather always seemed that much fairer and the catch that much greater when she was with him. He named her Nereid, since she had been a fish that changed it’s shape to a human girl; like one of nymphs who had been thought to of live in the Aegean Sea.
When she was near 17 her adoptive father died and left her all he had, for the next couple of years she fished alone on the open sea and once she had saved up enough money she bought an old tea clipper and hired a crew, although at first they were hard to find (due to many people thinking she was a witch of sorts) but the wages were good and the contract reasonable. Soon she assembled a fine crew and they set sail going where no man (woman) had gone before…sorry I just couldn’t resist that.

Yeah anyway no meshes this just uses maxis' meshes from the base game. 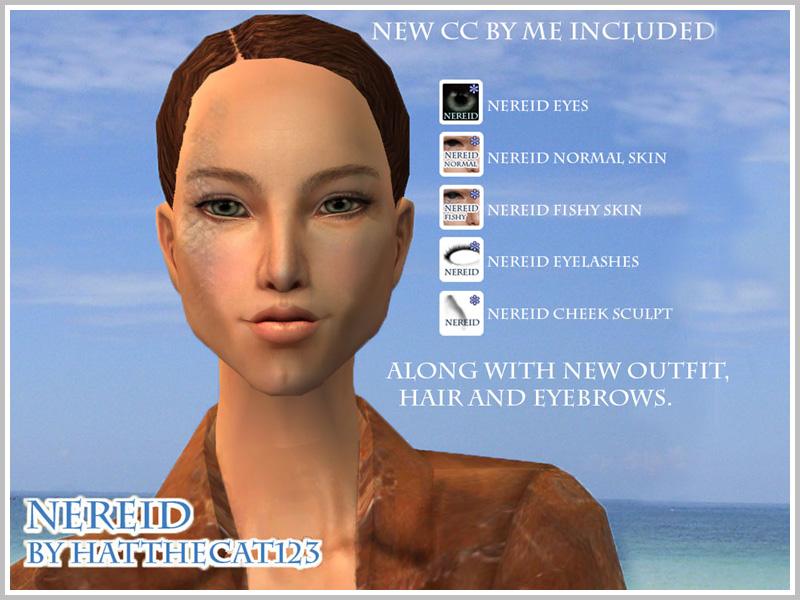 About the Stuff and Credits(there's about a ton of it)

There are two different available downloads
"Nereid Original" and "Nereid Normal", the "Original" has patches of scales on her skin where as "Normal" doesn't and that's about the only difference.
Both the "Normal" and "Original" skins are based on the SimCribbling's Self-MakeUp Skintones shade tan, thank you so much for your friendly policy! I have made it so the face texture is more realistic and structured (it looks good on the guys)this applies to all ages at varying degrees. The "Original" has scales on all ages. And thank you again SimCribbling!
The hair is a maxis' one I retextured...I think its pretty good since it was done with a mouse in a very painstaking manor.
The outfit is a maxis' retexture it took to long and I think I have become even madder during the process and cannot bear to spend another second on it.
The cheek sculpt helps give structure to her face and uses SimCribbling's marvellous skin as a base (sorry for the mass maulage).
This also includes "London" eyeshadow from Bruno's Cosmopolitan collection, thank you for your open polices!
Also in the picture for the skin Nereid is wearing cutie pie undis by Bruno. 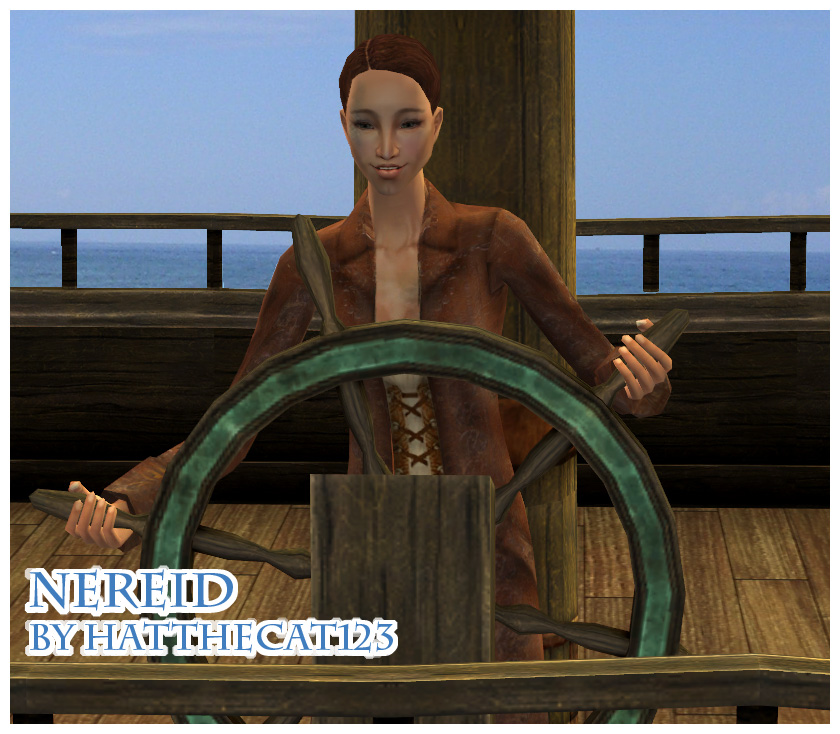 Thanks for downloading, hope you enjoy...better go bone kicking
Also If your interested I a animation student and put my artwork online.