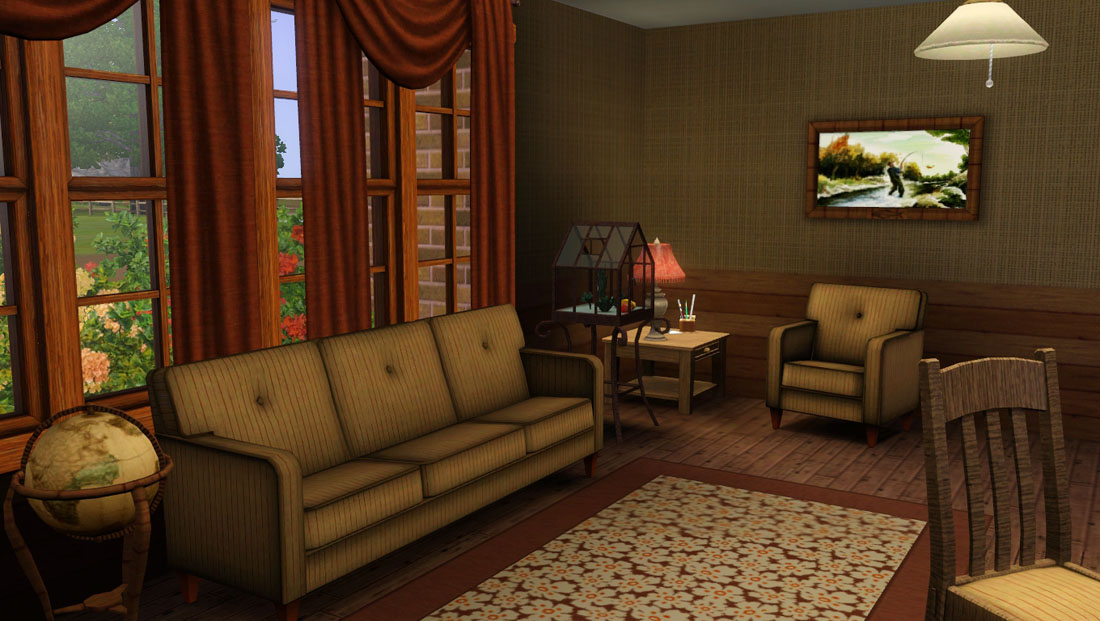 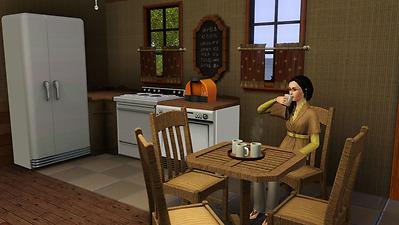 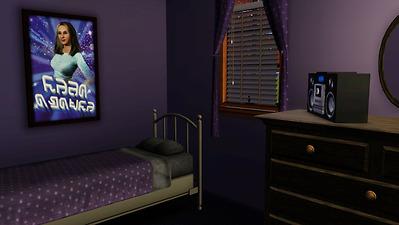 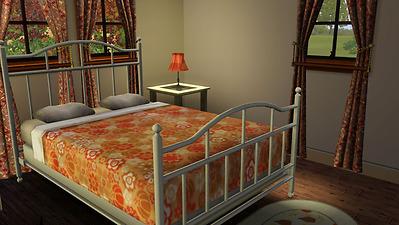 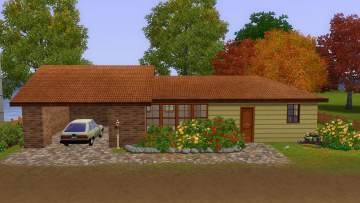 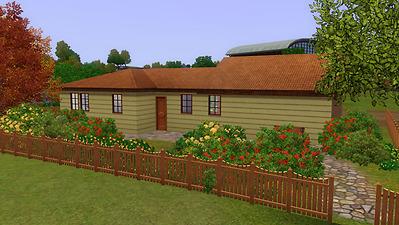 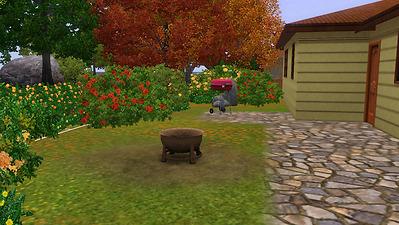 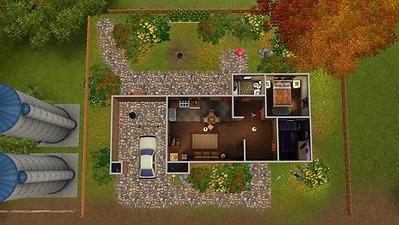 What do you think of when you think of Autumn? Crunchy leaves, warm campfires, hot tea, soft sweaters and pumpkin-flavoured everything.
To celebrate the coming of my favourite season, I tossed all of these things into a neat little home. And... Pumpkin Spice was born. Named after the WaWa cappuccino that I've become ridiculously addicted to lately. Why don't they have those year round..? Anyways.

This was a starter home many, many, many horrible-looking versions ago. But in the end, I made it about $10k more expensive. Most of the extra expense is from the foliage.
It has two bedrooms (one Autumn themed and one "Halloween-ish" themed, good for teens), one bathroom, and a living area. It also has an open garage and a backyard with a fire pit and a grill. To keep the cost down as much as possible, I tried to go easy on the decoration. There is no television, only a bookcase, but you can probably make room for a TV if you really want one.

Oh, by the way, the "paint" on the ground is only faded to look good in that specific world or when sitting by a dirt road, it doesn't extend to the very edge of the lot. So you can change it to go to the curb yourself if you want. ^^

It's placed on a 25x20 lot in Cloverdale (from MySimRealty). The website seems to be down, but I thought I should give credit anyways.

Pets is absolutely required, without this EP it won't have that "Autumny" feel to it.
WA is used for foliage, I wouldn't suggest going without it but you can. All of the other Expansions and the Stuff pack are used for decoration only, so if you don't have them the lot will still work and look pretty similar.
Your game should be patched all the way, as I believe some of the patterns, a window and the roof color aren't available with patches earlier than 1.38.

If you need more info, see Game Help:Installing TS3 Packswiki for a full, detailed step-by-step guide!
Also Thanked - Users who thanked this download also thanked:
The Grand Chateau (No CC)
by pancake101
Oak N' Pine (No CC)
by pancake101
Villa Placida - NO CC
by Thanders
The Hobbit Hole (No CC)
by pancake101
Melody Farm - Live off the land!
by RocketJane
Depths rising - Lair of the Sea Witch
by Crowkeeper
Old L.A.: Seedy Hotel (Starter)
by Flora2
The Spencer - 3 bd/2 ba (NO CC)
by FakeHousesRealAwesome
The Tipton (3 bd/2 ba)
by FakeHousesRealAwesome
The Blush Barnicle - No CC
by RocketJane
Packs Needed