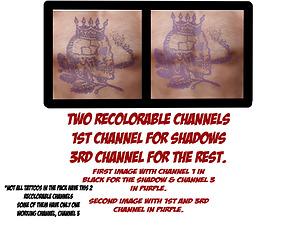 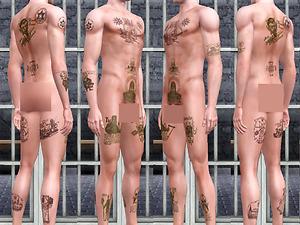 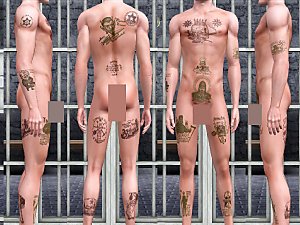 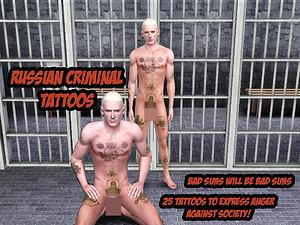 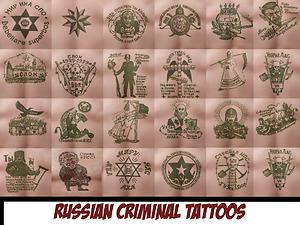 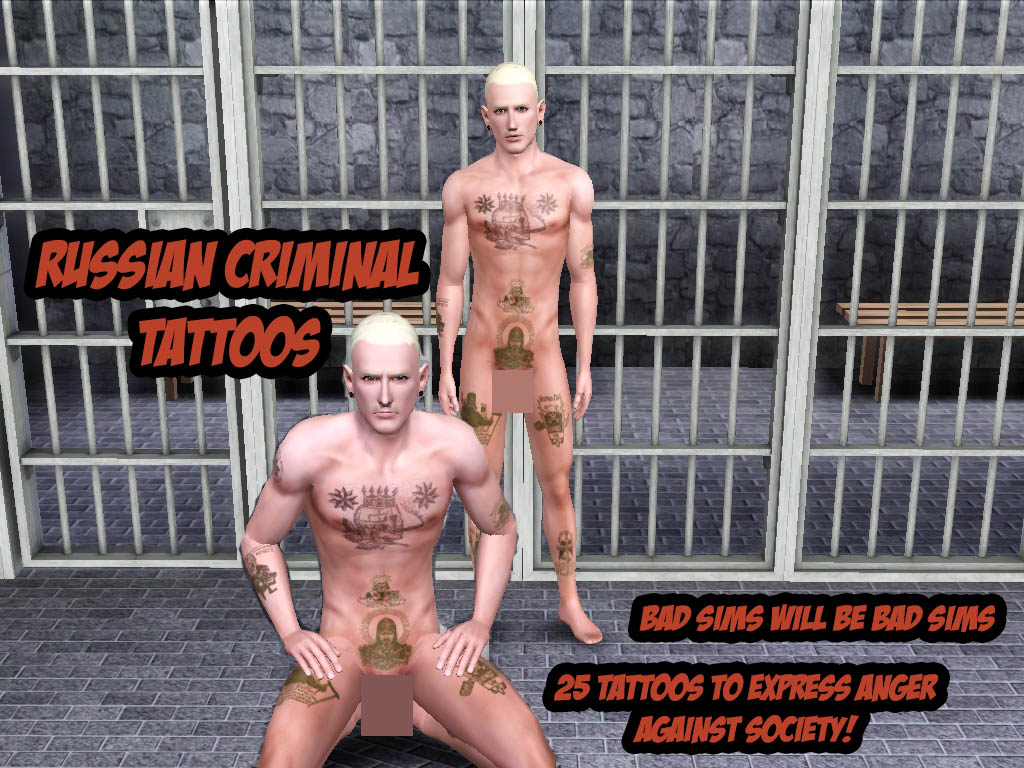 Are you ready to see your most rebellious Sims shake their neighborhood?
Shake your neighbors with this set of 24 tattoos designed by russian criminals during the soviet era!

Are your rebellious Sims tired about society? Do they want to get tattooed with something that represent their rage and being unique and fearsome at the same time? This is their set!

This pack of 24 russian criminal tattoos will give your stories the realistic touch your Sims need. Macabre designs in old russian-style as demons, skulls, skeletons, grim reapers and soviet prisions will make your Sims manifest not only an antisystem feeling but also despair, hope, frustration, anger, loneliness, camaraderie and desire for freedom. With symbols that defy authority as stars of David, communist symbols and slogans in cyrillic, your Sims in the criminal branch will make furor among the criminals and will make flee to the unwary.


I like to make all kind of characters in my game and sometimes I feel that something is missing. After seeing documentals, information and a couple of films about the russian mafia, I decided to create a character based on the criminal men during the USSR. Of course my Sim needed tattoos but none of the tattoos I had fit at all with the character. I looked in the internet for tattoos of this kind but I didn't find any so I decided to do it myself and voilá.

Most of this tattoos are written in russian. Tattoos used to represent the prisioners feeling against penal authority, having those symbols tattoed in their skin was a kind of anti system act.

To the tattoos being shown in the game you require the ambitions patch and over.

The tattoos are design for both gender, male & female.
If you have installed relative mods that affect the tattoo tool, as MasterController ExpandedTattoo Phase Six of NRaas Industries and base-mod, tattoos are avaible for toddlers to elders. If not, to young adults to elder.

Most of the tattoos have three recolorable channels (one of them, 2nd one, with no significant changes), the main channel in the recolorable panel is the penultimate one, the first and second one channel change the shadows of the tattoos wich doesn't make big difference but there's still a change in the appearance.

Additional credits:
Thanks to CmarNYC for his tattoinator tool for creation of custom tattoos.
Other Information