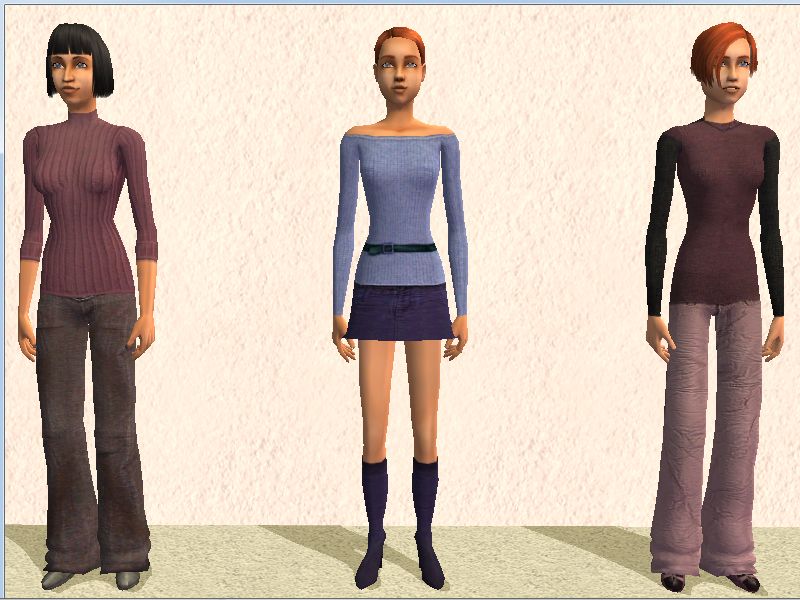 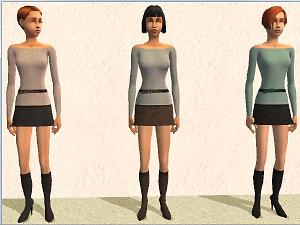 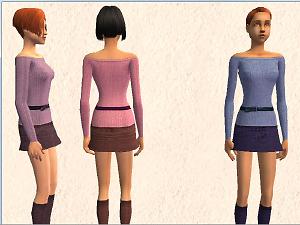 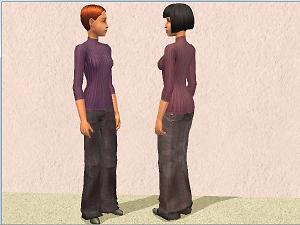 54 Thanks  Thanks     17 Favourited
This is a new mesh recolour, and means that you will need to download the particular mesh itself in order for this to show up in your game. See the Meshes Needed section or read the text for more information.
Back in the Dim Ages, EveZ made a couple sets of winter-themed TF clothing, but the uploaded packages were incomplete and would not work in-game. However, they were both bundled with template packages for their meshes, so I was able to use Body Shop to build working recolor packages, and use their resources to repair the original packages.

All credit for these outfits belongs to EveZ. The only changes I made to her packages, aside from those needed to make them work, were to add tooltips, set the shoe sounds to match the shoes in the outfits, and set the outfits with pants as both Everyday and Outerwear. I kept the original filenames, but tagged then with "EveZ_salvage" so they can be easily identified.

Both sets are bumpmapped. Some of the bumpmapping appears to be heavy; I do not know how these outfits will appear on systems that don't or can't show bumpmaps. Resources are compressed.

There are two rar files, one for each set. The sets were uploaded shortly before the release of Seasons, so they were set as Everyday only. Set 1) is still Everyday only; set 2) is now Everyday and Outerwear. That was a judgment call on my part. 2) was originally posted here in February 2007. It has two similar styles, both of which use the same mesh by Kate at Parsimonious. The original rar file did not include the mesh, only a template. I was able to find a newer copy of the mesh at Parsimonious, though I don't know if it was updated, or just compressed. The mesh is included, and the template that was in EveZ's original rar is replaced with the one that was in the version of the mesh I downloaded. The two files have very similar names, the mesh is the larger of the two. Additional Credits:
EveZ for the textures.
Chriko and Kate, for the meshes.