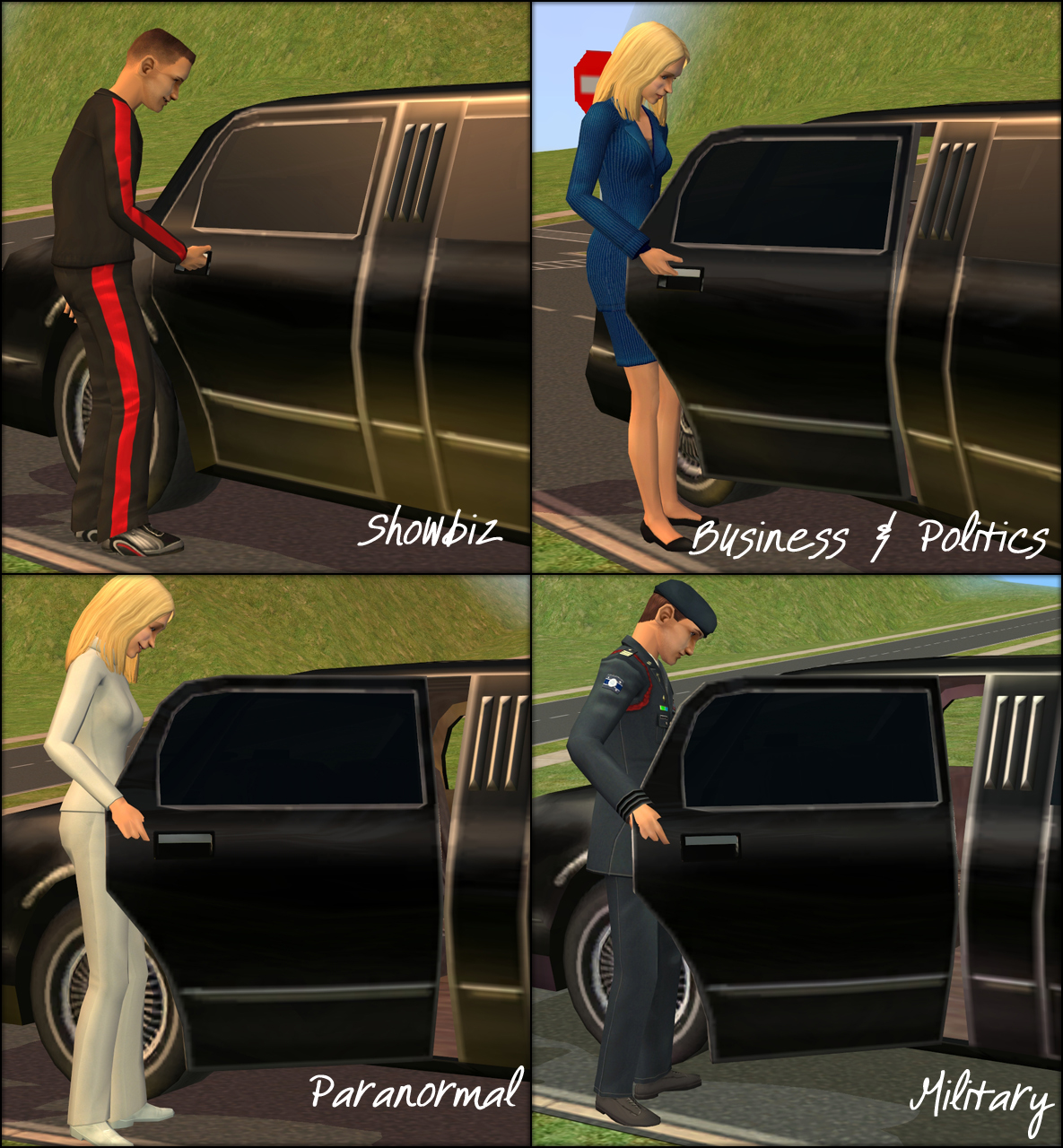 1,805 Downloads 192 Thanks  Thanks 34 Favourited 13,705 Views
There is an update available for this mod! Last downloaded: , creator last updated:

aerosimkat over at GoS wished for a mod which would remove all the helicopter carpools from level 10 jobs, and replace them all with the limo, since they felt bad for subjecting their sims to the horrifyingly loud helicopter. So I made one! And am uploading it here in case anyone else has a similar dislike of the chopper.

This little mod replaces the carpool for level 10 of the Business, Politics, Showbiz, Paranormal and Military careers. You can see some sims heading to those jobs, in uniform, in a limo in the above picture. The mod works by replacing the carpool BCON for each of the careers, so it may conflict with any default replacements you have for those careers... though any such conflict will probably not cause anything more severe than sims getting the wrong carpool to work.

Since the Paranormal and Showbiz careers come with University, you do need Uni to use this mod. It's not too tricky to remove the extra resources to make it basegame compatible, though, if anyone still doesn't have Uni

Many thanks to Fresh-Prince, whose helicopter picture I nicked for the thumbnail because I didn't have one of my own.
Other Information