High by the Beach 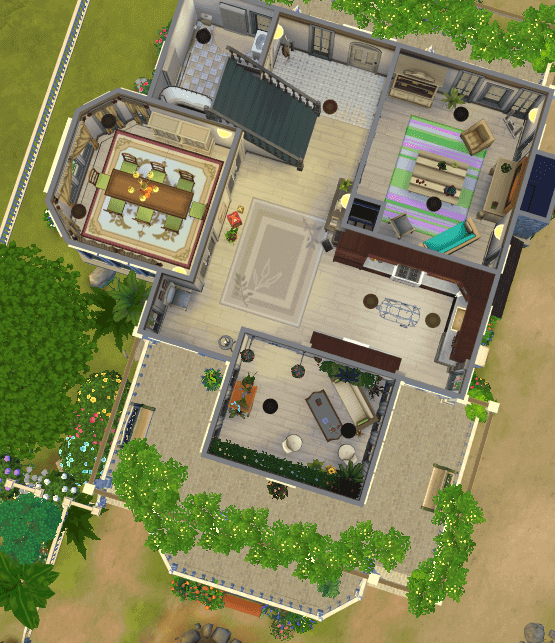 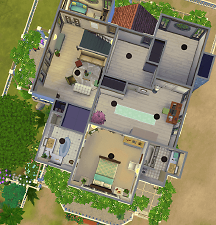 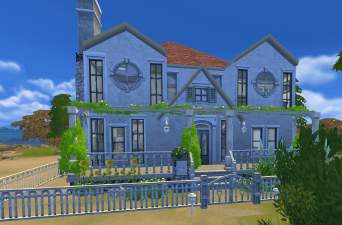 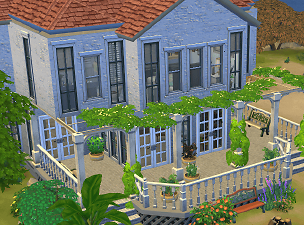 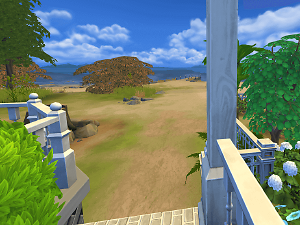 22 Thanks  Thanks     9 Favourited
Everyone knew the Hills. They ran the finest pub for miles around, Hill Tavern, for as long as anyone could remember! Henriette Hills proved herself a timeless beauty, masterful chef, and loving friend. Old Hugh Hills could make a mean Zebra Fizz, and prided himself on cheering up even the saddest of Sims. But their younger days were now behind them. Helen, their daughter, had been promoted to Vice President, and her company sipped her off to Newcrest to manage some things there. And young Herman, the Hills’ wild child, had finally quit dragging his feet in the mud and married his high school sweetheart Sally, right on the beach where they first met. With the kids out of the house and their youthful energy depleted, Henriette and Hugh just couldn’t maintain the tavern any longer. So they sold it off to Henriette’s cousin Louis, and used that money to build a great big house on the island outside of town.
Henriette designed the whole thing herself! The first floor boasts a formal living room, full bathroom, dining room, kitchen, sun room, with decks off the front and back. Upstairs has a more casual living space, and large master bedroom with an en-suite bathroom and large closet. Two smaller bedrooms with closets were also built in case the grandchildren came up to visit, but Henriette never furnished them. A small office was also built, a nice quiet place for Henriette to work on her cookbooks. The whole house feels open and airy, with the beach all around them. A large garden was also made at the request of Hugh, who planted some of the rare, exotic herbs he obtained throughout his life. He even says there’s a flower that can protect you from death, but that’s probably just one of his old jokes.
But that was over 60 years ago. Poor Hugh suffered a stroke, and died in a coma four years after moving in. Helen had her mother flown out to Newcrest to live with her, but Henriette found no joy in this world without her Hugh. The house was officially left to Herman and Sally, which Sally ultimately got when Herman skipped town. She was forced to sell it, unfortunately, to pay off Herman’s gambling debts.
Since then the house was abandoned, until Leopold Likeson, Helen’s own grandchild, bought the property and fixed it right up! He redid the kitchen, and redecorated most of the rooms, blending together the old and the new. And for only around 160,000 (less if you choose to furnish it yourself) this home can be yours! Perfect for the single Sim whose rich parents died under…*ahem* mysterious circumstances, that couple that’s finally ready to start a family, or the retired grandparents looking for some peace and quiet. Of course, whoever moves in will need to care for Mr. Hugh’s garden, as it is quite extensive. But you could always sell those plants if you wanted and create something new.

***
Hey guys! Not my first ever build, but it is my first one ever uploaded (so be nice, I’m a delicate flower). This home was built originally on Dock Den in Windenburg, a 30x30 lot. But with a little modification you could make it into a suburban home or anything else. No custom content was used, and I used the moveobjects cheats to create this home. I have all expansion/stuff packs, but I believe you can still place the lot and the game should just replace/delete objects that you don’t have that came with the house, but don’t quote me on that.
Three bedrooms, three full bathrooms, 30x30 lot, no cc, moveobjects used, all expansions and packs owned.
Let me know if you have any issues. This is my first upload, so I’m sure they’ll be a few. Otherwise, leave a comment saying how much you love it because, let’s face it, college can destroy someone’s soul, and a loving comment admiring a build is just the thing to give it life.

Additional Credits:
My princess Sophie, who is always there to remind me when it's breakfast/dinnertime. Even the greatest of heroes require nourishment.