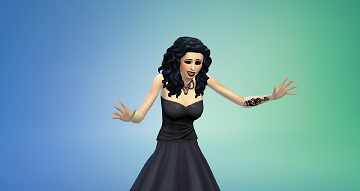 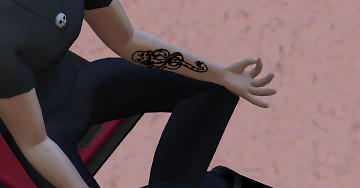 14,793 Downloads 179 Thanks  Thanks 59 Favourited 24,054 Views
Created by Armilus
View Policy / About Me View all Downloads
Uploaded: 27th Jul 2018 at 4:05 PM
Ever wanted to create your very own Death Eater Sims like in Harry Potter? Missing their signitature tattoo?
Not Anymore.

This is the Dark Mark as a tattoo for the left forarm, exactly where the Death Eaters have it in the Movies.
Only one color option.
Male and Female. Teen, Young Adult, Adult and Elder. No Toddlers, no Children. Found under Tattoos.
It will not randomly appear on Townies.


Thanks to
My Wife Jessica for being a huge inspiration, introducing me to both Harry Potter and The Sims and helping me with the Screenshots.
Sims 4 Studio, Paint.net and Photoshop for being amazeing tools I couldn't create this piece of CC without.
Maxis for makeing Sims 4.
J.K. Rowling for writing the Harry Potter books. And Warner Brothers for making them into movies.


(I do not claim to own any right to the Dark mark symbol or Harry Potter in general.
The Picture I edited to be the texture, I found on Pinterest.
The original is by Warner Bros. Entertainment Inc. and first appeared in the Movie Harry Potter and the Goblet of fire, linked here: https://www.warnerbros.com/harry-potter-and-goblet-fire based on the Books by JK. Rowling.
But it wasn't in the plane black and white format. Her Website: https://www.jkrowling.com/ used to use the symbol to indicate spoilers, but doesn't anymore as it seems.
It is still used on merchandise. Like here, for example: https://alivans.com/product/the-dark-mark-tattoo/
As the product is said to be not licensed and the other links don't show the picture, I don't know if this counts as a apropriate credit to the original creator, but as this merchandise store does not seem to need a license to sell this specific product, I assume it is suficcient enough.)
Files Need help with downloading or installing content? Click here!

My Creations are and will be mostley Fantasy themed.
I take Requests, but only if...
1. I have the Skills to do them or know how to get them.
2. I have the Tools to create them or know where to get them for free.
3. I like the Idea and want this in my game too.
4. The requests are not against my Ideology.
... they'll be done. Otherwhise they'll be ignored.

If you want to Use my Creations in an Own Mod, Reupload, Change, or whatever, Please Tell me and...
(For Using in a Mod) Ask for Premission, Credit me.
(For Reuploading) Not to Sites where People need to Pay to Download. Ever. And credit me.
(For Using my Textures, Meshes, and Scripts and Such) Ask for Premission, Credit me.
(For Retexturing my Stuff or Change Meshes, and so on) If more than 40% of the Final Thing is My Work, Credit Me.
DONT EVER CLAIM MY CREATIONS YOUR OWN.

(Yes, Im Planing to do Meshes and Scripts in the Future)