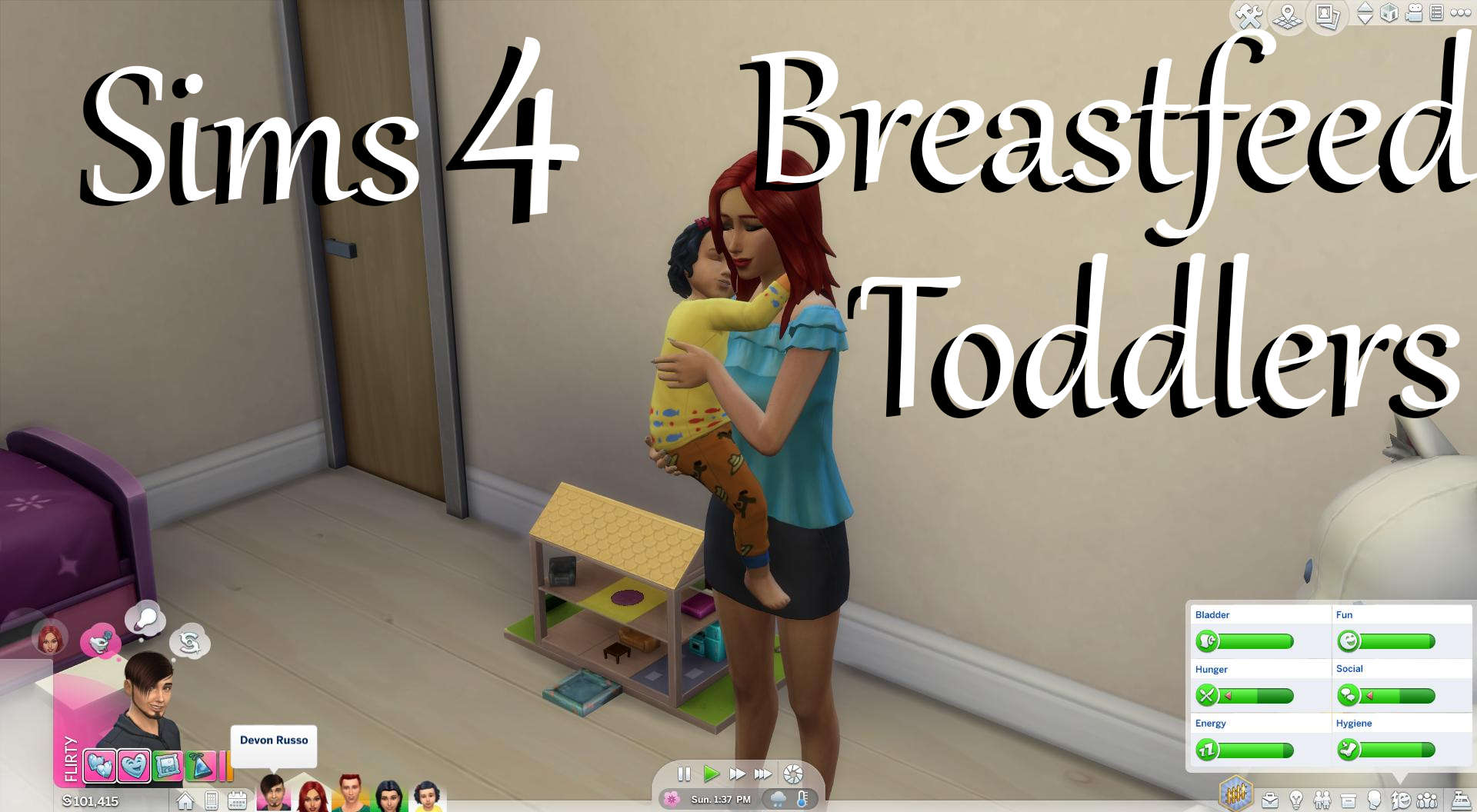 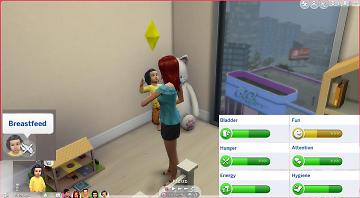 Out of respect to me and any other modder you should not change something in their mod and upload it for others to download. It takes time on a mod regardless if its a core mod, script mod or just and XML mod. With all my mods so far, it takes time to go through the files, find what ones you want, decided where you want them, get them placed, make the necessary code changes, add new codes, and collect all of the loose ends to make even a XML mod to work properly. Plus with all mods regardless of their type, you have to test it, test test test over and over just to make sure you have all your codes in a row. Some of mine have enough code changes that I had to do a lot of trial and error just to find what ones I preferred and some had extra files that had to be tended to as well. So again: It is disrespectful, and hurtful to make even a small change in one code in any mod and upload for others to use.

What does this mod do?
This will allow the birth mother to breastfeed their toddler.

Why did I create this mod?
I don't mind always feeding the toddlers in the highchair or let them serve themselves and eat on the floor but sometimes when your sim just happens to have triplets, it becomes very time consuming to feed them in highchairs. Besides, the way I see it, a toddler in the game is around 1-3 years of age. Most breastfeed for a year but it isn't unheard of to still breastfeed at the age of 2 and possibly the age of 3.

Where is the interaction located?
In the "Friendly" category.

I want to send out a special THANK YOU! to Scumbumbo for telling me what a few lines in the code did to get this mod to work properly.

Remember to remove old before adding the new.

4/12/22 Change Log:
FIXED: The buff for the mother should show an actual icon now.
ADDED: Icon for the interaction in the pie menu

What you will get with this mod:
This mod has some custom strings. They are only in English so which ever language your game is in, it will appear in English. If you would like to let me know what they would be in another language let me know and I will get them added in.

The strings are a WIP. Adding custom buffs is completely new to me and getting them to work properly has become a little bit of a challenge along with lack of time to work on it consistently.

This mod modifies the interaction "Cuddle" that the sims can do with their toddlers. In the future I plan on making this it's own interaction but until then it will conflict with any mod that modifies that interaction along with the "Cuddle" interaction no longer appearing in the pie menu.

If you enjoy my builds, mods and videos you can support me at [URL=https://www.patreon.com/polarbear