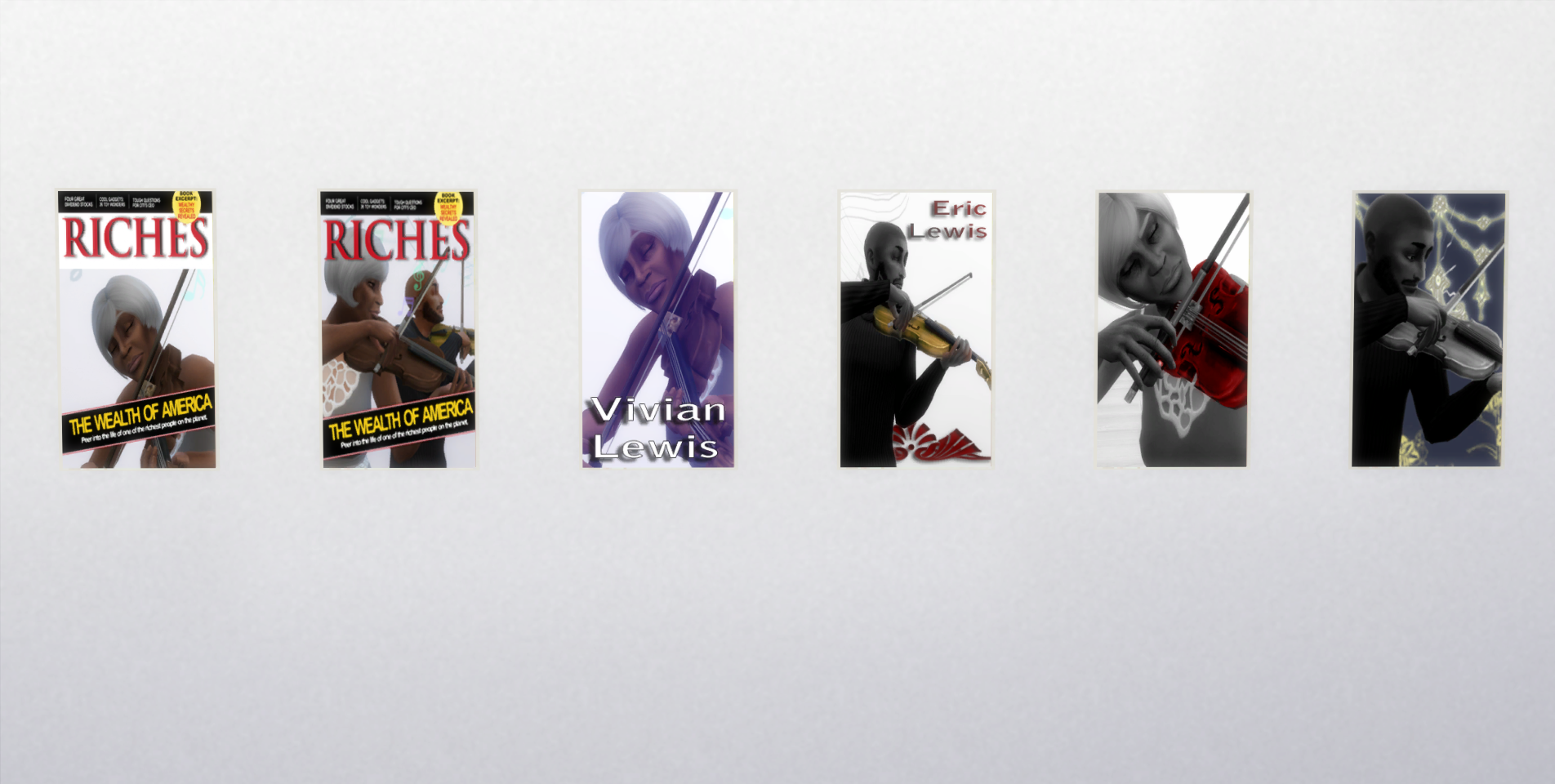 7 Thanks  Thanks     2 Favourited
This is a Maxis Recolour which means that it is a recolour of an item that already exists in your game. Please check the Expansion pack requirements to see which game pack it recolours.
This package just adds 6 new posters from the celebrities Vivian Lewis and her son Eric Lewis to your game!

Vivian Lewis didn't have it easy, growing up in a middle class family, but always feeling drawn towards more. She was a talented musician from a very young age and with the help of her aunt, a singer, she started early on stage as a violinist. Her best acts always were classical music, so it was only natural that when she developed in age she joined an orchester as the leading first violin, gaining fame only a little bit later in life. Now, almost retired, she rarely is on stage anymore - passing her talent down to her son: Eric Lewis, sometimes being on stage with him.

Eric Lewis learned the violin and the piano since he was a child under the critical eye of his mother Vivian - and it paid off. As an adult Eric started off his career as a leading musician, but not quite in the way his mother hoped. His musical taste and talent is more in the direction of Jazz, which his fans appreciate.


Available in the buy mode under wall decoration or search for “Lewis”.


Conflicts: Should not conflict with any other mod

Sarah for her help!

Need more information?
Back to download view
1 Comments / Replies (Who?)