Decor with a Purpose: Functional Sunblock 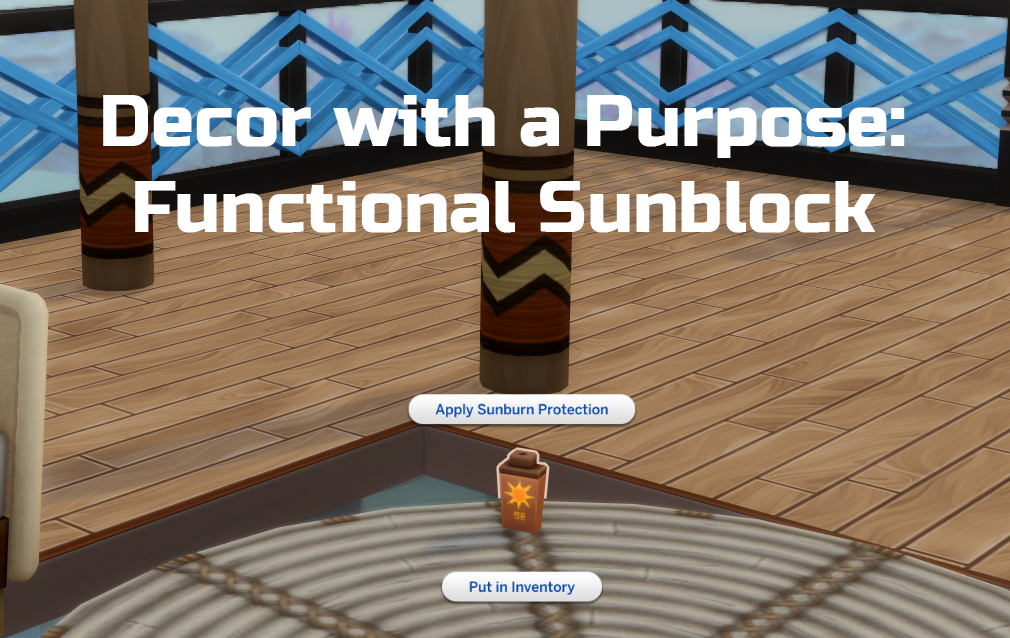 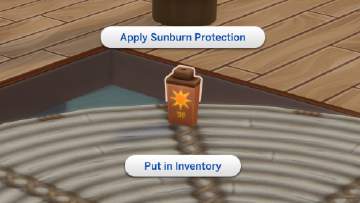 Created by Ilex
View Policy / About Me View all Downloads
Uploaded: 17th Dec 2021 at 11:39 PM
Updated: 16th May 2022 at 2:12 PM
ANNOUNCEMENT! I will no longer be posting new mods on MTS! I'll still maintain the ones here with bug fixes and major updates, but all updates and new mods will be posted on my Website and Patreon (link in profile)

Now you don't need to already be sunbathing to apply sunblock! Using this object applies the same Island Living sunblock buff that prevents sunburn. They can even use it from their inventory!

This is an override of an Island Living item given a custom variation of the Apply Sun Protection interaction. It shouldn't conflict with anything unless you have something else that happens to modify this object specifically. In any case, please let me know if you have any problems with it.

When including addons please make sure all files are in the same folder and don't rename them. If you do I can't promise that it will override properly.

ANNOUNCEMENT! I will no longer be posting new mods on MTS! I'll still maintain the ones here with bug fixes and major updates, but all updates and new mods will be posted on my Website and Patreon

I have a Patreon if you want to donate and support me, but none of my functionality mods are locked behind a paywall.

If you want to test my mods in early access, become a translator, or just join my little community you can join my Discord server. The server is also typically the best way to get in touch with me if you have a question or problem.