Regency-style gown, inspired off of a dress from the manga 'Chobits' 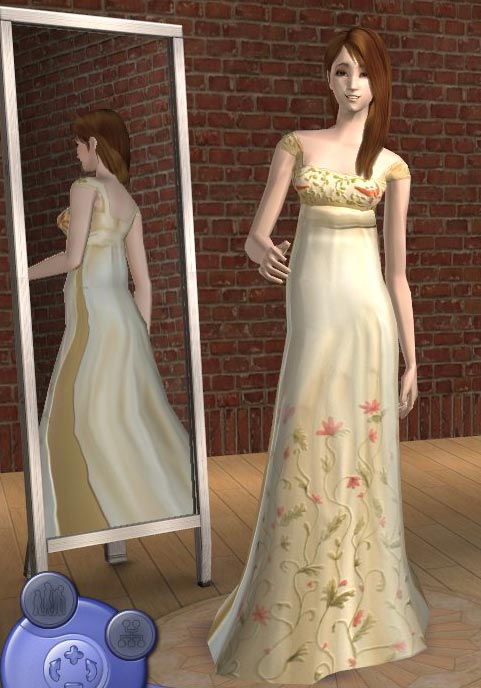 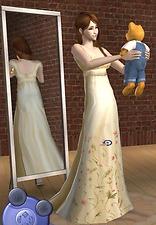 Created by matildarose View Policy / About Me View Downloads Home

This is a requested dress from a front cover illustration for the CLAMP manga, Chobits. I thought it'd be a neat one to try, even if it was extremely difficult to pull off. Since there were no alpha meshes with that empire waist cut, I went with Peggysims's lovely mesh instead.

The original had bows on either side, and I decided to nix those in favor of a dress that more suited the mesh. The gauze over the dress was difficult as well to pull off, but I think I did a decent job with the bump map to give the illusion of clothing layers.

This requires peggysims2bodymesh0008, which is not included, so you'll need to download it from Peggysims (link included below) in order to show up in your game.

Archive Information
This is a new mesh recolour, and means that you will need to download the particular mesh itself in order for this to show up in your game. See the Meshes Needed section or read the text for more information.
Archive: chiidress2.zip
File: chiidress2.package Clothing Recolour Included Custom Content

I'm not really interested in making Sims 2 stuff anymore, but I don't mind if people reuse Sims 2 content I have made, update it, or other things to make it compatible with present and future mods, expansion packs (if any), and other goodies. Just credit me! Give me a message if you have any questions.

As for Sims 3 stuff, in the future I plan to make some content for Sims 3 when I have time. I may even convert my old skins, but if someone wants to attempt that themselves, let me know! I may have files to send you that may make the process easier.