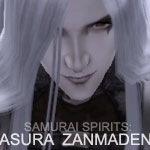 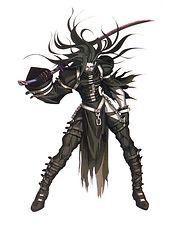 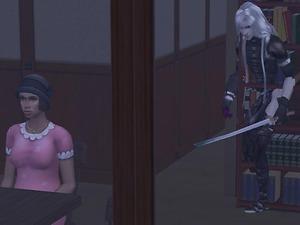 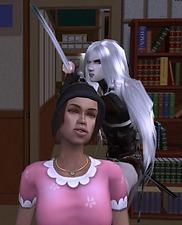 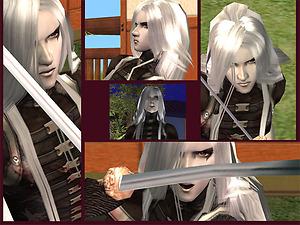 Picked Upload! This is a picked upload! It showcases some of the best talent and creativity available on MTS and in the community.
UPDATE:
alternate clothes as I mentioned yesterday for his undies, and pajamas, or bathing suit whatever. is on SS2
the link is here
http://www.sexysims2.com/showthread.php?t=166611

proceed at your own risk

look at him, he is so full of confidence
(if you are as powerful and beautiful as him, you will be so proud of yourself naturally)

ASURA (SLASH/ "the original" Asura) from SNK's SAMURAI SHODOWN/SPIRITS series
(it is SHODOWN not sho-W-down!!! ^___^; it's just like that)

his first appearance was on SS 3D "Asura Zanmaden" (horibly looking 3D graphic), so the game was not successful at all,
but this particular character was quite popular, since then he has been enlisted in some other more
popular SNK games such as SS! spirits 2 & NGBC.

Asura in samurai shodown game was an arch enemy of Yuga (the destroyer/the puppet master), he was the black samurai
who has mastered the 7 ancient weapons (sword, spear, scythe, spikes, bow, and the other two I can't properly named) ,
a magician who can enter the makai and challenge Yuga.

So that Yuga created a clone of Asura (the bust Asura) to match him, however this clone attracted to another Yuga's puppet
Shiki, and to his other existence (the true Asura), and later betray his own creator.

after Yuga's death both Asuras merged into one body and formed Yuda as the result.
Yuda character appeared on the next SS series "the warrior rage/ new chapter of blade"
(still a poorly looking 3D graphic again, before SNK switch back into the ol' good 2D sprites again on SSzero until NGBC)

at his final battle (as Yuda) he confronted his own daughter "Mikoto (one of the three rulers of ritenkyo)"
and on that finale moment, he chose to return into the demon realm for good.

recently, an idiotic simcromancer so called navetsea was setting up a plan of
summoning him into the simrealm, a plan has been made and successfully executed.

yes this fearful entity is now awaken from his eternal rest.

however, that navetsea guy was not THAT idiotic anyway, as he also ressurected his
soul mate, Shiki. hopefully she can calm him down.

but soon, their descendants the unstable half demon creatures would be born...

however that's another story...

in other words...
your sim ladies would gladly impale their selves onto his sword.
and your sim gays perhaps (he will dodge them though, he is a straight guy)

Custom contents:
Skin:
I use the "shiki FACE-IN" skin that is available on my shiki post
this skin is a preview of my FACE-IN series skinset at www.spicysims.com
my skinset series would be launched this week, they said as late as Friday, "~_^" shameless advertisement
I have many normal tones and variants of the same texture style there.
download the skin here
http://www.modthesims2.com/showthread.php?t=182683

Hair:
Sshodan, not included
download here
http://www.modthesims2.com/showthread.php?t=174762
Thank you so much Sshodan for making extraordinary collection of long hairs for sim-men
I use the white hair in my version, however the original color of his hair is black or a really dark purple/ blue.
I like white better to make his costume & face painting under his eyes more visible, but choose whatever you like.

Accessories:
sword/katana, www.rosesims2.net (not included)
Thanks a million for the awesome fantasy accessories

sleeve mesh, is Boblishman's right arm cast (that's the closest thing I can find)
download the mesh here
http://www.modthesims2.com/showthread.php?t=126140
Thank you so much Boblishman, you're the god of meshes

RULES:
NO REUPLOAD anywhere (partially or as a whole)


These recolours may or may not be endorsed by Navetsea.