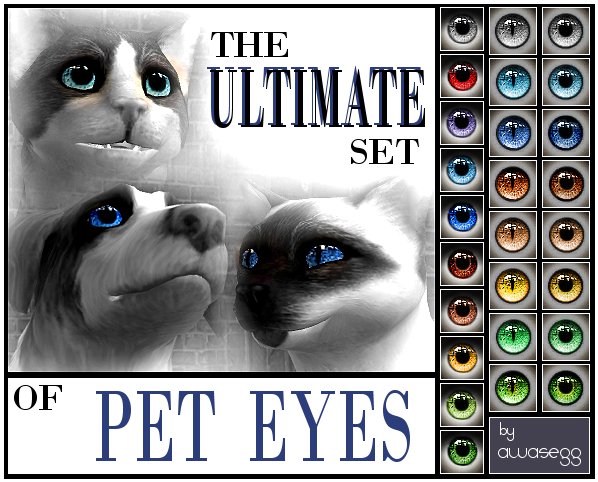 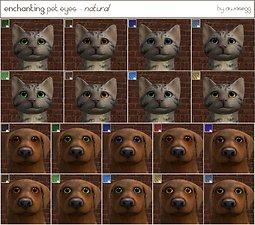 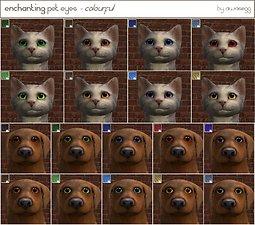 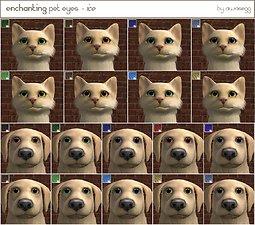 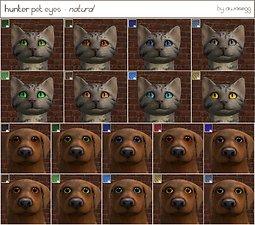 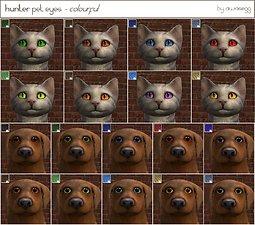 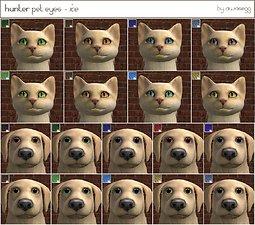 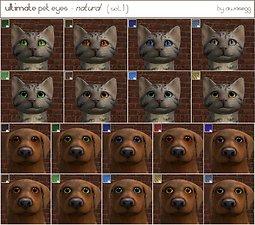 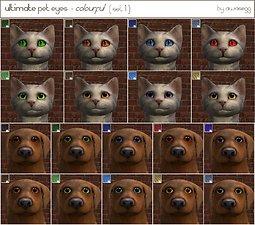 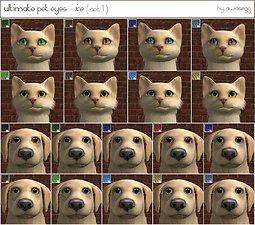 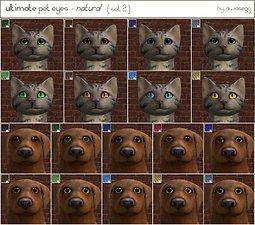 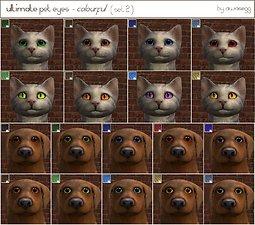 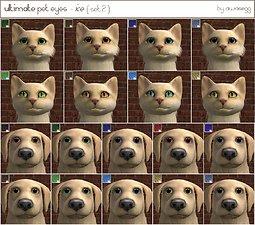 204,994 Downloads Quick download 5,052 Thanks  Thanks 622 Favourited 405,734 Views
Featured Upload!   This is a featured upload! It showcases the best talent and creativity available on MTS and in the community.

-- Message (8 september 2008) to everyone who downloads this!! --
Hello everyone! I've been reading in the comments that some of you are having trouble to either download the package, or to get the eyes to show in the game!

The downloading trouble aren't broken files actually. I think it has something to to with the internet and bandwith. the packages ARE NOT broken. I've checked several times.

And when the eyes doesn't show in the game? Actually, I don't know what the problem might be. All I can say is that I have every Sims expansion pack and stuff pack (before pets) installed, so maybe thats what causing the problem for you. They should show if you just put them in the downloads folder.

I want to apologize for not being more helpful, I don't know anything about meshing or creating the default package file. I just recolor other great peoples work.

This is my Ultimate Set for Pet eyes! (actually, it is 12 sets.. )
I hope you like them, and I hope everyone is happy with this set, since I have been
getting complains about the irises of the cats, and that the dogs pupils have been to big.

Now, the cats both have thin and round irises, and the dogs have more shiny and colourful eyes.

This are the sets:
To see in-game PICTURES just click on the thumbs below. Theres a string
of text above each image, describing witch package file the picture represents.

And these are just as all my pet eyes DEFAULT and will replace MAXIS.
You can only have ONE of all this packages! And NO there is NO WAY to make
them NON-DEFAULT so stop asking me about that!

And of course:
A HUGE THANKS to HystericalParoxysm for making the
blank default package file which made this possible!