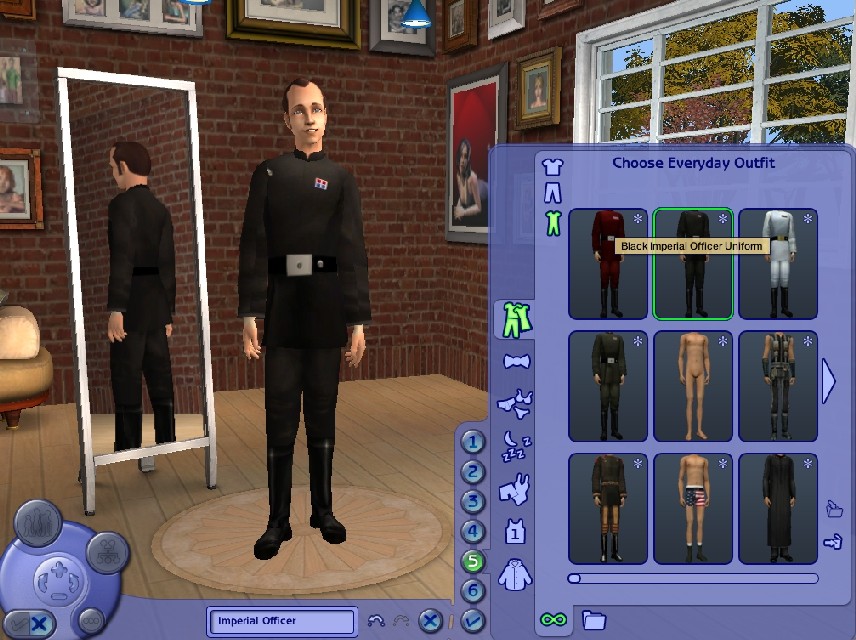 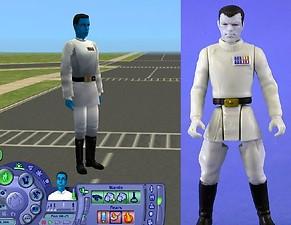 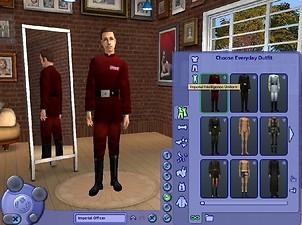 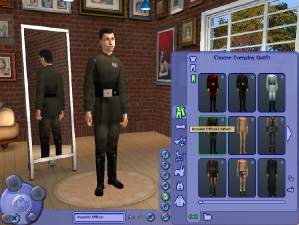 199 Thanks  Thanks     13 Favourited
This is a new mesh recolour, and means that you will need to download the particular mesh itself in order for this to show up in your game. See the Meshes Needed section or read the text for more information.
Greetings to the community, This is my first reskin so be gentle.

I used Aerendils Officer Clothes Mesh to make the uniforms worn by Imperial Officers in the Star Wars movies and in the Comic Books.

Included in the zip file:

- the Mesh made by Aerendil;
- blank imperial uniform Photoshop file (without code cilinder and rank plaque);
- 4 different uniforms descibed below:

Imperial Officer
Nothing Too fancy 'bout him, the olive coloured uniform is the standard uniform in the Imperial Army.

Imperial Intellegience uniform (Red variant)
AS worn by Director Ysanne Isard, unfortunately I wasn't able to use this mesh on a female model so instead I made only a male version.

The textures are taken from the star wars Jedi Academy game. I also included a Photoshop/Paint Shop Pro file. this file is a blank uniform (without Rank Plaque or code cilinder), so ppl can create their very own ranked Imperials! for more info on Galactic Empire ranks visit:


These recolours may or may not be endorsed by Darth_Viper.