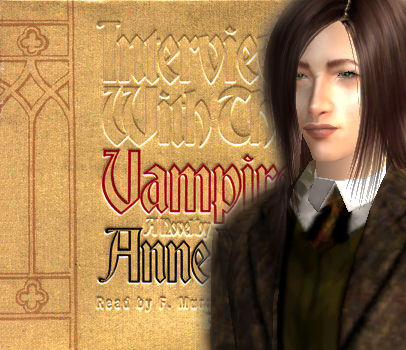 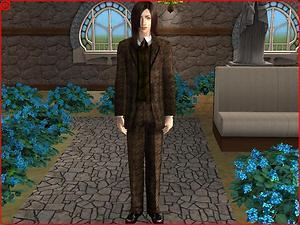 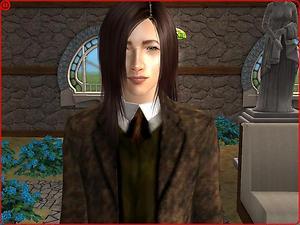 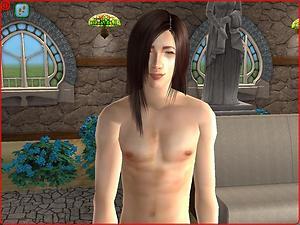 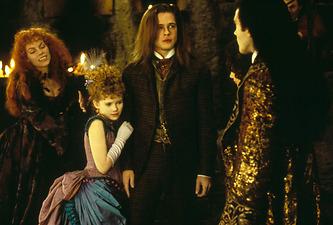 233 Thanks  Thanks     26 Favourited
This is my interpretation of Louis, from Anne Rice's "The Vampire Chronicles". The outfit he is wearing is my own recolor of a default Maxis mesh. I based it on the 'Theatre outfit' wore by Brad Pitt in the "Interview with the Vampire" movie (which I've included a photo of, thanks to Beautiful One ). The following info is also completely credited to Beautiful One:

Louis de Pointe du Lac is a 213 year old vampire. He became a vampire when he turned 25 in 1791 by the vampire Lestat de Lioncourt. During this year, the tragic death of his younger brother, Paul, caused him great grief. Louis blamed himself entirely for the death of his brother resulting in his search for self destruction. Lestat, sensing this vulnerability, enticed him into accepting the Dark Gift. From then on his life was never the same.

Louis has a delicate beauty that is so breathtaking it is indescribable. He is tall and lean with soft dark hair that is usually long and unkept. His brilliant green eyes have been described as beautiful emeralds shining from his smooth porcelain face as well as souless mirrors.

Many see him as the vampire who has lost the meaning of life, punishing himself for the sins he has committed. These people only see the vampire who walks the earth, dressed in black clothing until they are tattered and worn out. He has no care for the world around him. His possessions and property mean nothing to him. He passively feeds on anyone that crosses his path. They only see him as boring and weak. But he is far from that.

He is the quiet contemplating vampire. He would much rather read and think than jump head first into an adventure without thinking of the outcome. He is the one that searches for the answers to his existence. He is the most human of all the vampires for he continues to cling to this side of himself. He is the vampire who would listen and understand all your faults. Louis is the only vampire who can make Lestat smile and soften his stubborn heart. He would never make a fledgling because he would never allow any human to endure the eternal pain he's felt in being a vampire.


These recolours may or may not be endorsed by Kumi Koda.