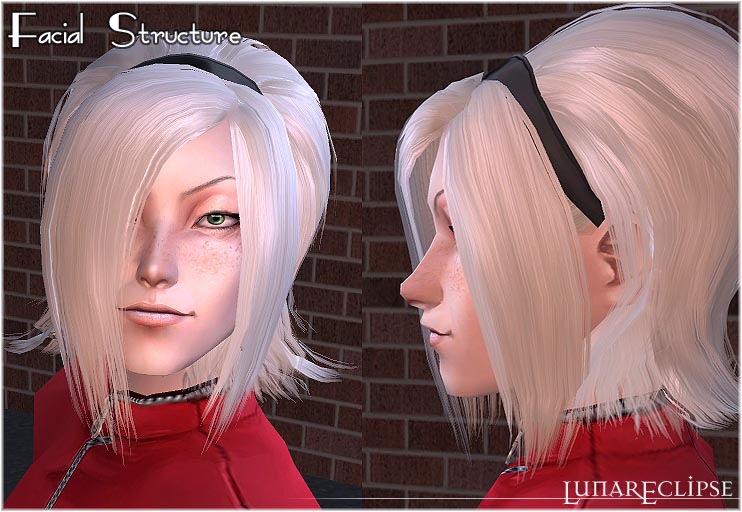 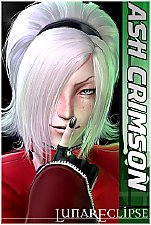 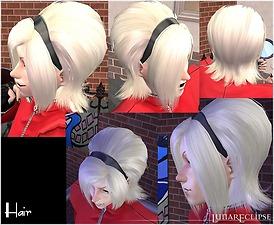 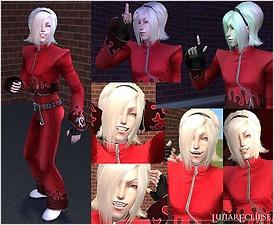 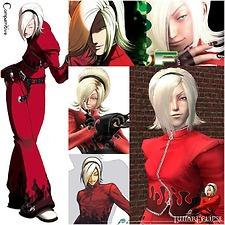 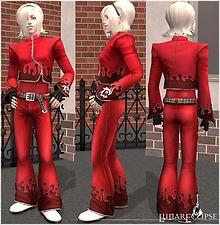 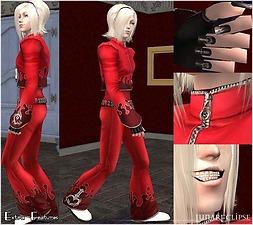 22,818 Downloads 2,005 Thanks  Thanks 264 Favourited 326,176 Views
Featured Upload!   This is a featured upload! It showcases the best talent and creativity available on MTS and in the community. 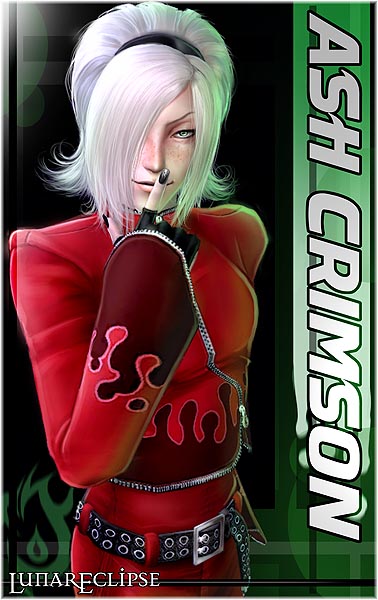 Due to an odd obsession I have with this guy at them moment, I totally had to sim him.
This is a huge post as I went into ridiculous detail with this sim.

For any more info on Ash can be found here:
King of Fighters 10th Anniversary Official Site: Ash Crimson

So what's special about this sim?

To get his face more accurate, Ash was edited via MS3D after being created in bodyshop. His nose is more slender at the tip and the bridge is narrowed in a way that bodyshop could not do on it's own. His mouth was also brought outward. Unless someone edits their sim in MS3D, they can't duplicate Ash's face.
This process requires the creation of a default face set to make the altered genes accurate. So each age and gender was altered seperately. Any offspring will have his new genetics.

Shrink Ash to toddler and witness the scary little mini Ash, if you dare!

How do you DO this?
I learned thanks to HystericalParoxysm's wonderful post here:


All Ash's genetics and make-up textures are mine.

Yes, Ash has a new hair mesh. :D
It's bouffant styled hair I called [FlorealFall] after one of his signature game moves. ^^
The features on the hair are as follows:

Yes. All that.
For the female version, you'll need to grab the extra rar file at the bottom.
But the mesh itself is bundled with Ash.

The headband is also reflective.

10 Recolours will be available shortly. :D

The hair mesh and textures are my own.

I made the Mesh, and took quite some time. There are parts of Ash's outfit that were modeled from scratch. Mainly his belt.

The belt + buckle, as well as the zippers are 3 dimentional additions to the mesh. Ash's outfit is a new edited package file. It contains mesh parts body, body_alpha, and extra. Body_alpha + extra are reflective parts. The zippers, emblems and metallic parts of the belt are reflective. They shine in-game.
The outfit also holds bumpmaps. The recolour packages bodyshop generates for the mesh contain 13 files! Ridiculous.

All textures on the outfit were made by me.

If anyone likes the mesh enough to recolour, I did add the texture maps for it in a rar file to download. It's necessary to make "seemless" recolours. 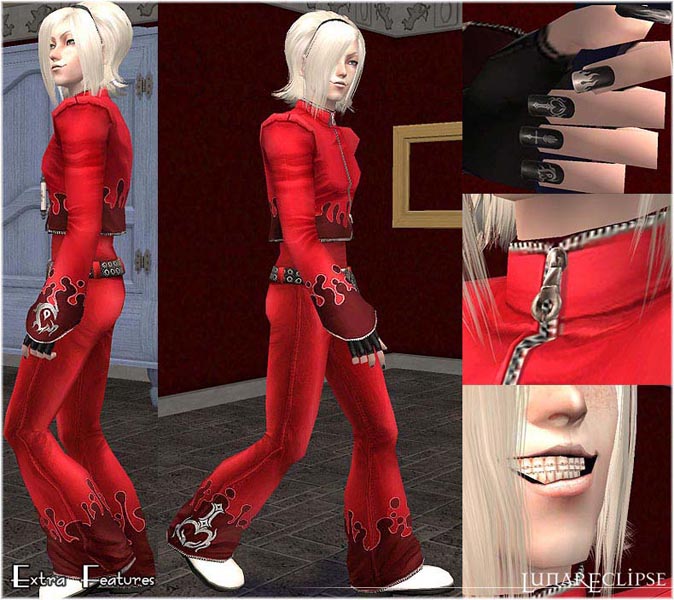 -Yes, attention to detail. I DID do Ash's braces.
-I also did his nail art. It is not Ash Crimson without the nail art.

Morphmods are included!
If anyone actually wants to give Ash a pot belly.. err.. you can now.

I assume people want to see what Ash looks like as a non-sim. 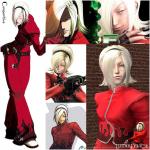 Polycount
Sorry. Ash is rather high poly. Be warned.

All mesh files are included in the first rar. All except ONE that you must download.
That would be shadylady482's long nails mesh! Ash won't be Ash without this mesh.
New Nail Polish Mesh for LONG Nails + 12 Recolors

Double click the sims2pack to install. Place all meshes into the downloads folder and that's that.

For the female hair if you want it, download the additional hair package. You still need the mesh in the rar with Ash.
For the texture maps it's the last file. (If you want to do an outfit recolour that is..)

Ash SHOULD work in base game! I made all files originally from base game package files only. Hopefully there are no issues.


Now go have Ash terrorize your neighbourhood. Because he will....... XD

It has come to my attention, after getting a new videocard, that the bumpmapping on Ash's Outfit is warped! It is not seen on older cards, but is ugly with newer ones!
It is recommended that you replace Ash's outfit with the new version I uploaded below! This should fix the mapping.

If you are downloading him for the first time, download and install Ash first, then override the old outfit file with the updated one!

Downloading Ash for BV:
I've uploaded a new file for Ash's nails.
Download this only if you have the "Bon Voyage" Expansion pack!

If you have BV, override the old NailArt files with the newer one below after installing all other files.

If you did this correctly, Ash Crimson's Nails should appear in the custom jewelry/accessory area.
You will still need to get the mesh from shadylady482!

The sim is by Lunar Eclipse but King of fighters and original Ash Crimson are property of snkplaymore. All rights reserved.
Lunar Eclipse holds no rights to Ash whatsoever!!

Additional Credits:
shadylady482 for the great long nails for both genders. :D
Other Information

This download requires one or more meshes to work properly. Please check the Description tab for information about the meshes needed, then download them below:
Also Thanked - Users who thanked this download also thanked:
Billie Eilish Sim
by sims2ultralover5
Alli
by cherbear
Game of Thrones: Jon Snow (Kit Harington)
by Vulrien
[3to2] Hiro Hamada (Big Hero 6)
by WatermelonSandal
Princess Zelda - Sim, dress, and hair
by GnatGoSplat
Game of Thrones: Daenerys Targaryen (Emilia Clarke)
by Vulrien
Arthenna
by Dragonflysparkles
Katarina from League of Legends (requested)
by nyctopile
"Sissi - Die junge Kaiserin" - Romy Schneider
by AdeLanaSP
Jayanti
by AdeLanaSP
Back to top