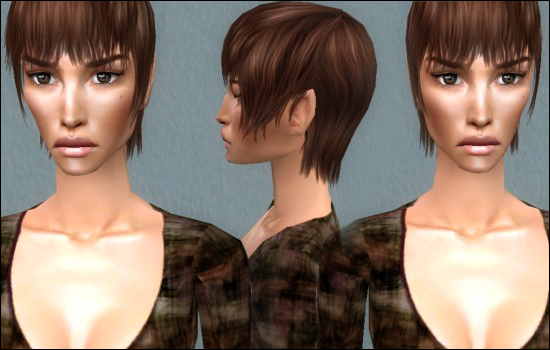 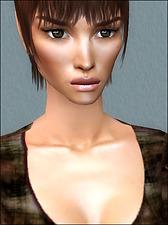 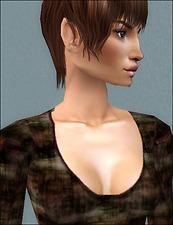 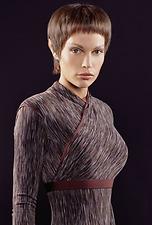 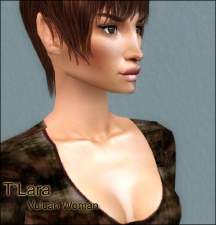 This is T'Lara and she is vulcan. I originally merely intended to create a good looking vulcan but the more I look at her the more I think she resembles Sub-Commander T'Pol played by Jolene Blalock on the "Star Trek: Enterprise" Series. But this was completely unintentional. 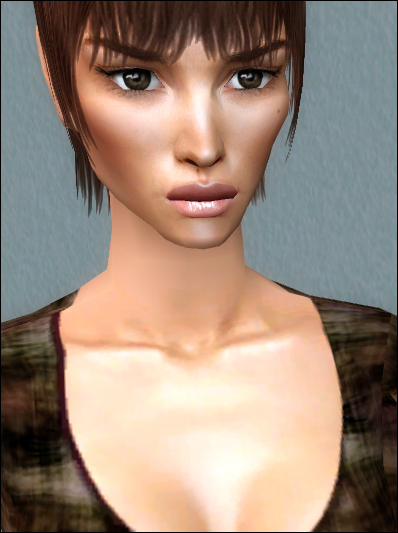 I just felt that there weren't nearly enough vulcans for the game, so I decided to create one! She is packaged with Maxis hair and my take on the outfits worn by T'Pol in "Enterprise", not the starfleet uniform we're used to. The mesh to the outfit is by Glamorous Lounge, its included. Anywho, Please feel free to comment and hit the thanks button!

P.S. She's really a great sim and looks lovely with many different Eyeshadows and liners, but I felt that a vulcan wouldn't go to heavy on those things!

Additional Credits:
Hair in Pictures by www.rosesims2.net (its free!)
Other Information

Also Thanked - Users who thanked this download also thanked:
Princess Zelda - Sim, dress, and hair
by GnatGoSplat
Anette
by Anva
Jake Sully from Avatar (w/ new braid hair mesh)
by sugarandcaffeine
Rihanna
by @Stefan
Neytiri from Avatar
by sugarandcaffeine
[Model for my Sikn]The black cat-Teizo
by teru_k
Nina
by Decora
~*Eclipse [Original Sim] Mirador*~
by Lunar Eclipse
"We Are Not Amused!" Queen Victoria!
by Berg
Savana
by agustin
Back to top

I figured I should do some policies now that I have multiple uploads. So here they are:

1. You may use them in full sims, previews, whatever.

2. Don't use any textures or parts of my recolors of clothing (obviously) when recoloring a mesh.

3. Don't claim my stuff as your own, because it takes alot of patience to create things and alot of time.

4. Credit would be nice because it makes me feel all warm and fuzzy inside!

6. If you use my sims in your previews please give credit.