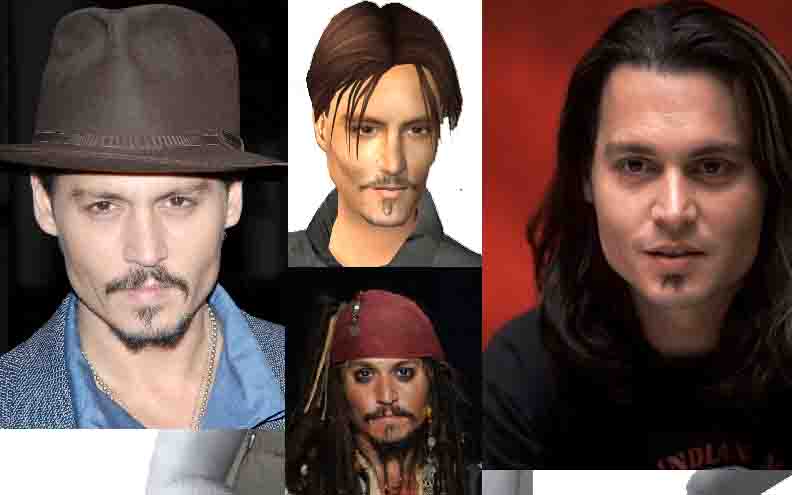 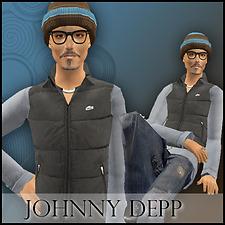 Picked Upload! This is a picked upload! It showcases some of the best talent and creativity available on MTS and in the community.
*que Pirates of the Caribbean Theme song XD*

Here's some basic info about:
Johnny Depp
John Christopher Depp II[1] (born June 9, 1963) is an Academy Award-nominated, Golden Globe-winning American actor, best known for his frequent portrayals of offbeat and eccentric characters.
-Wikipedia
Some of the famous movies that he was in:
--Some recent interesting info
Johnny Depp has donated $2 million to the British hospital that treated his daughter when she was sick last year with kidney failure.

Last week, Depp invited doctors and nurses from the hospital to the London premiere of Sweeney Todd.

And, back in November, Johnny spent four hours at the hospital telling bedtime stories to patients dressed as Captain Jack Sparrow after having his Pirates Of The Caribbean costume flown over from Los Angeles. Notes about this look: but you have to get the beanie from a mirror in your game. They don't offer it in Bodyshop. The outfit (vest) is not included.

, but here's a link.
The outfit is by RabidAngel , and the glasses by Stonetower. (link below) Note: You will need a mesh! Some of the different looks of Johnny Depp.
(*I think this picture is funny in my opinion, because Johnny Depp is karate chopping Jack Sparrow. hehe, XD)
On the left: Hat and outfit by maxis. (base game)
The Jack Sparrow outfit is by The Sims Show

---
If you probably want more roles to play (that aren't shown above) you can just look it up at MTS2. ie: Willy Wonka

Hope you guys enjoy this as much as I do.
Don't forget to post a comment and/or thank me!

Oh, and FYI: the beard is not painted into his face, it's just a face mask. So it's removable.

Even though my b-day is comming up, you guys get a gift as well. how lucky.

Additional Credits:
Thanks for everyone who helped in the creator feedback forum, and Hysterical Peroxysm for restoring my threads after a melt-down.


These recolours may or may not be endorsed by escand.