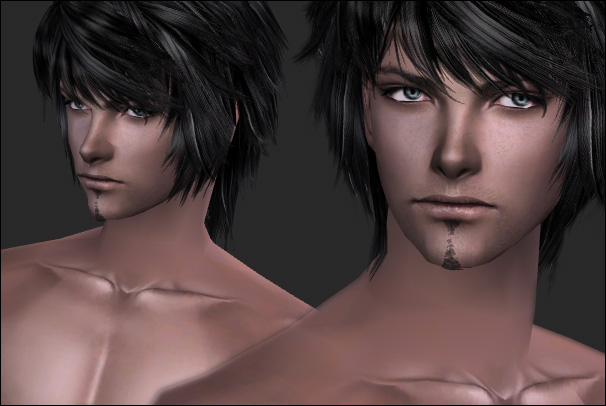 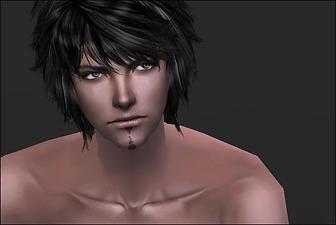 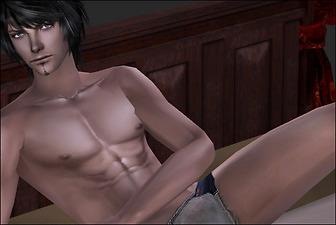 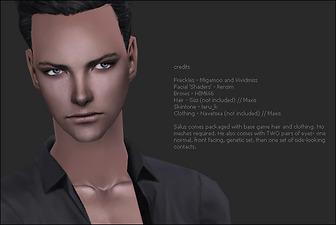 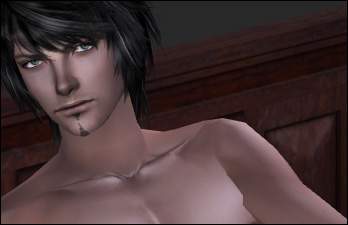 xD I so wanted to call this "Salus, a new Boy-Toy..." but Salus would probably have killed me if I did. This boy as requested a few times, so, I decided to share him with you all.

Salus means "Safety" in Latin. It is a name given to him by his partner upon their first meeting. He's a very protective individual, and wants to keep those he loves close and happy more than anything in the world. :3 And, with a pretty face like that, who wouldn't wanna snuggle up to that at night?

Salus is pictured in hair by Sizz and underwear by Navetsea. Neither are included! He is packaged with Maxis hair and attire. He is also shown with facial hair that came with Bon Voyage, but that is also NOT included, therefore he is completely base-game compatible. He does some with stuble, though. ^_~ He also comes with two sets of eyes, made by me on a base by IcedMango and my own sclera- One genetic, front-facing pair, and a side-looking set of contacts. These are an EXCLUSIVE texture to Salus! :3 I will not be making any recolors of these eyes. He also comes with eyebrows by HIM666, freckles by Migamoo and Vividmiss, Face Shader-thingies (XD; So technical) by Rensim, and a skintone by teru_k.

I hope you guys enjoy Salus! :3 He's awesome in game, and makes a nice model. XD; Apparently, he breeds well, too. XD I have never had such luck, but enough people have that I guess it's just me~ Happy simming, you guys!

Having problems downloading/installing Salus? Getting a message saying that you need an expansion pack?
PLEASE, try downloading again, and try using the Clean Installer!
I re-uploaded the .RAR file, and I'm 100% sure it's okay on my end. If it doesn't work, just keep trying!