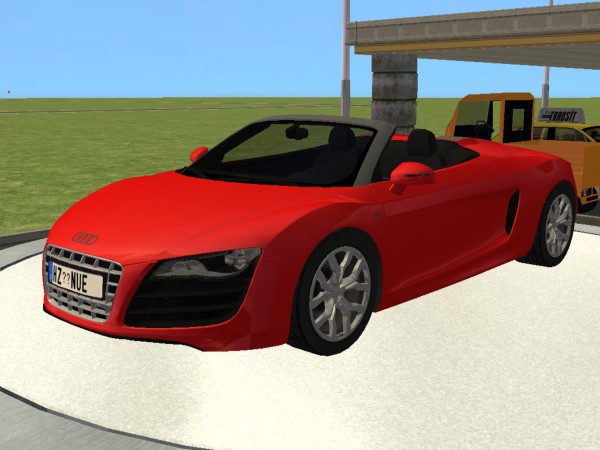 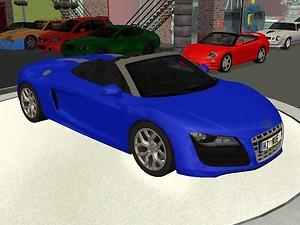 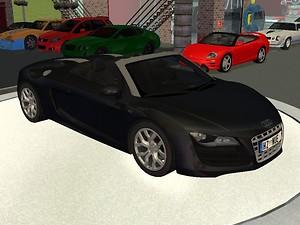 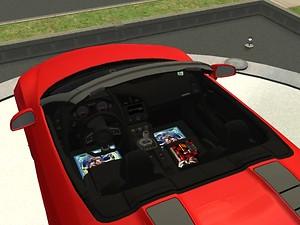 2,318 Thanks  Thanks     70 Favourited
This is a new mesh, and means that it's a brand new self contained object that usually does not require a specific Expansion pack (although this is possible depending on the type). It may have Recolours hosted on MTS - check below the description for more information.

Picked Upload! This is a picked upload! It showcases some of the best talent and creativity available on MTS and in the community.
Although it was rumored by the automotive press since the announcement of the production R8 in 2006, it was only in August 2008 that spy shots of a convertible R8 "Spider" from filming scenes of the movie Iron Man 2 were published online. The photos showed a clearly visible "soft-top" roof, and the unique sideblade had been removed. The vehicle was formally unveiled at the 2009 Frankfurt Motor Show. Compared with the coupe model, the convertible will have extra chassis support, a pair of roll-over safety bars, as well as minor changes such as the location of the fuel tank filler. It will be powered by a 5.2 FSI V10 engine. German model launch began in first quarter of 2010, with sales started in the coming days.

Red is the base color and there is 8 Recolours, plus one to enable some miscellaneous items in the interior.

Due to a limit on pics, not all were posted, but you can view more via links below:
-TinyPic
-YouTube


Additional Credits:
The model and it's textures were created by EA Games, from the game Shift2 Unleashed, ripped by Riva, and edited by nightblue6678, used under their permission, all rights reserved, and all trade marks are own by their respective users and is respected by freeware.


These recolours may or may not be endorsed by VoVillia.