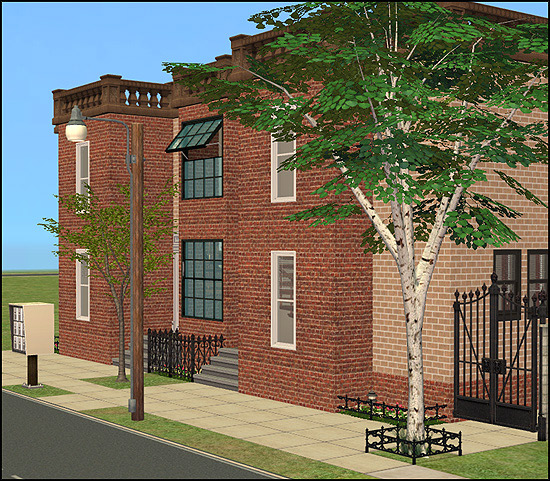 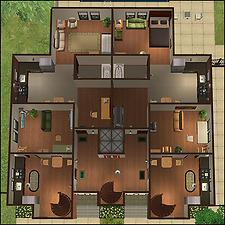 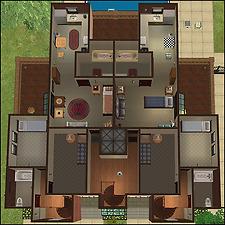 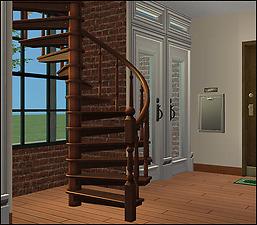 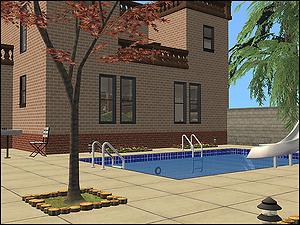 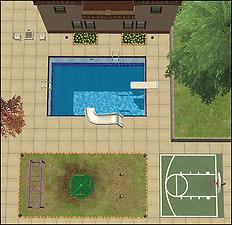 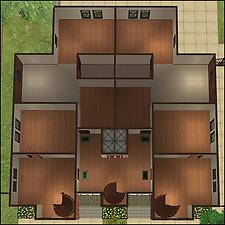 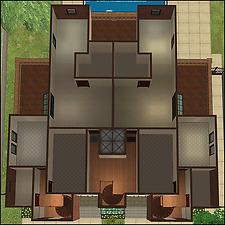 2,867 Downloads 805 Thanks  Thanks 65 Favourited 57,415 Views
Picked Upload!   This is a picked upload! It showcases some of the best talent and creativity available on MTS and in the community.

The inspiration for this building began well before the release of Apartment Life. About 3 years ago, when I first started playing TS2, I found a picture of a modest studio apartment room. I don't know what it was about that studio, but I loved it. I printed out a picture of it and kept it, intending to reproduce it into my own game eventually. With the release of AL, I decided that this was the perfect time to incorporate that studio into an apartment building. Thus was born "Metropolis Apartments."

(Kitchen of a ground unit)

The inside common areas of the apartment are limited to two foyers, one per floor, which support an elevator and staircase and community trash chutes. On the other hand, the backyard common area has a lot to offer! There is a basketball court, swimming pool, BBQ area, chess table, side yard and playground.

I have included two .rar files for this upload. They are two different versions of the building.

The reason I included two versions of this lot is if you want to edit the outdoor common areas or the fences (etc) or furnish starting with a clean slate without having to re-zone the lot a zillion times from apartment to residential back to apartment. So do with the versions as you wish

Additional Credits:
Thank you to the Simmer whose original apartment inspired me!
Other Information

Description: Keep you and your loved ones from becoming beloved barbecue with the SmokeSniffer from SmokeSentry. Emitting pulsating waves of gamma radiation, the SmokeSniffer picks up the scent of small fires before they become charbroiling infernos and immediately alerts the local fire department. Put one in every room, and smoke out fires before they smoke out you!

You may not redistribute my creations publicly under any circumstance without my express permission.