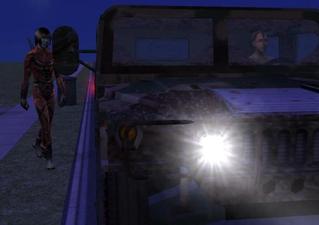 1,280 Thanks  Thanks     72 Favourited
Picked Upload! This is a picked upload! It showcases some of the best talent and creativity available on MTS and in the community.
Are you a vampire looking to change the world? Well then this clan is for you. Okay, maybe not at first but changes have to start somewhere. Why not here?

I created this career path for the good vampires of The Sims. The skill levels are pretty high but that's done on purpose. Given that a vampire doesn't age there is no rush to race to the top. I think I managed to balance work hours and days quite well. There are two job levels where it gets a bit hectic but it reflects the "story". I'm interested in hearing what you all think.

Unfortunately there is only one chance card. I had planned at least two others but the way things are going I wont be able to get to it anytime soon. So it's either I submit this now or never. Still though, this should be an interesting career path. I hope you all enjoy it.

* Two little mistakes came to my attention. In level 6 & 7 I had to change You're to Your. If you downloaded the career just grab it again and replace the old file. Sorry about that everybody. *

There are no custom work outfits or custom vehicles to worry about and this career is EP compatible.
It has its own GUID so it shouldn't overwrite any other careers.

Big thanks to all the tutorial writers out there. I think I read them all.