EA Rings for Teens thru Elders 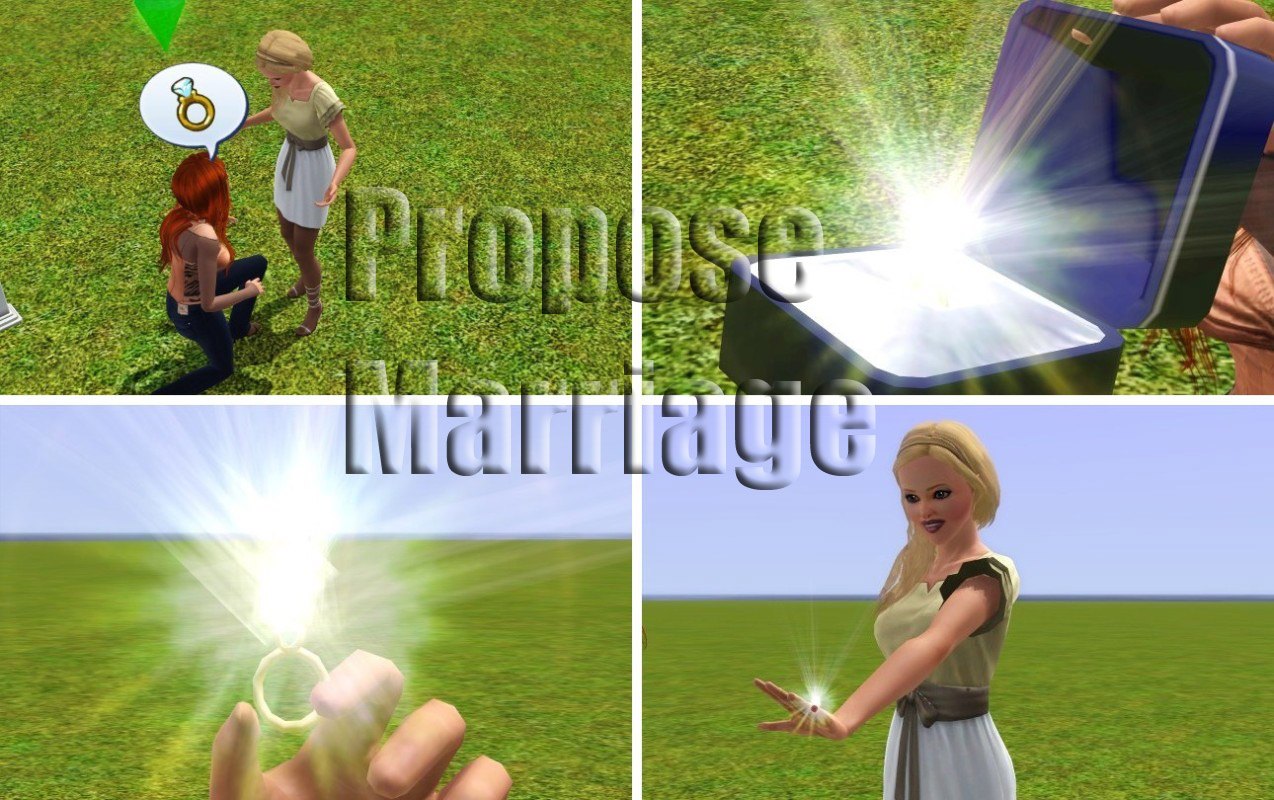 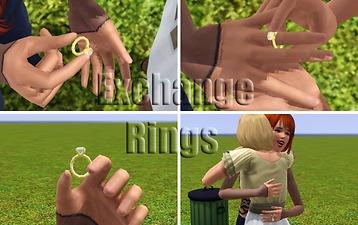 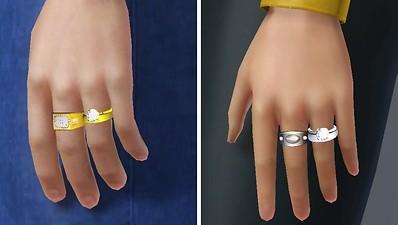 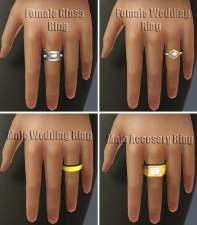 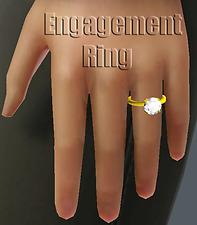 Clipboard.jpg - width=1274 height=800
The Engagement Ring as seen during the "Propose Marriage" interaction

Clipboard2.jpg - width=1274 height=800
The Engagement Ring as seen during the "Exchange Rings" interaction

Clipboard3.jpg - width=1000 height=566
Potential for 3 Rings for female and Males

Overview
I started poking around in CTU again, and discovered there was a additional ring that doesn't show up in CAS, though anyone who has played the game, has seen it, the engagement ring. It's that really shiny ring that shows up when one sim proposes marriage to another, then it disappears, as shown in the Propose Marriage image. If you haven't noticed, it's also the same ring that's used when sims get married and exchange rings. It will again disappear, as mysteriously as it showed up. As shown in the Exchange Rings image.

Changes and Things You Should Know

Versions
The Defaults - 5 Rings
EA gave Females three rings:EA gave Males two rings:
Rings
All 5 rings show up for Females and Males - Teen through Elder, Sims can only wear 1 ring at a time

Double Rings
Same as the Rings version, but a second set of rings is listed in the Gloves section, Sims can have 2 rings on at the same time. Though if you choose to use the rings from the glove section you won't be able to use gloves and vice versa

Resources and Patch Info
Requires only the Base Game with any Patch level and overwrites the following CASP resources:


Additional Credits:
Delphy for CAS Texture Unitool
pjjones for S3PE
This is a Maxis Recolour which means that it is a recolour of an item that already exists in your game. Please check the Pack requirements to see which game pack it recolours.
Files Need help with downloading or installing content? Click here!

You can only use 1 version at a time

http://www.werismyki.com/mts2/tiger_banner.jpg
I am NOT taking Requests!
If you're gonna share something I have done, DO NOT put it on a Pay Site!
If you modify and upload something you find here, mention me somewhere and post a link. Thanks