In Cognito University - The Hilbert-Noether Park 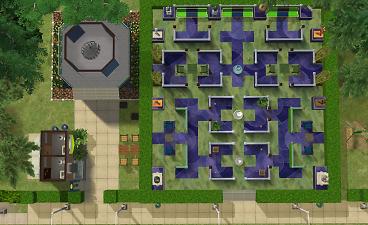 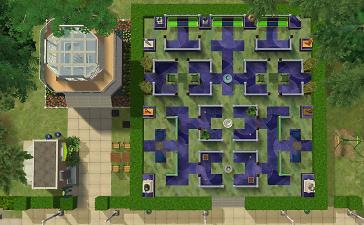 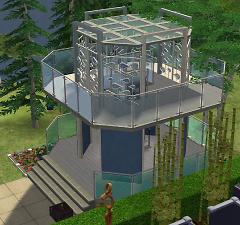 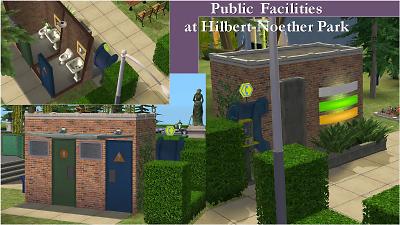 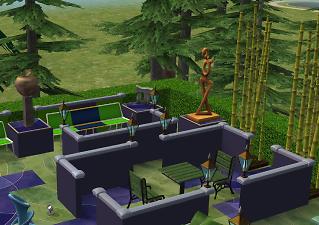 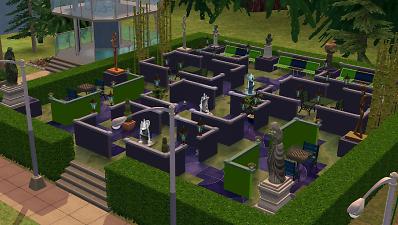 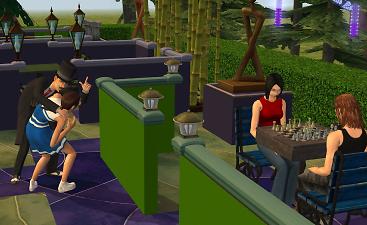 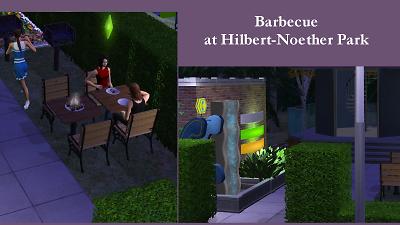 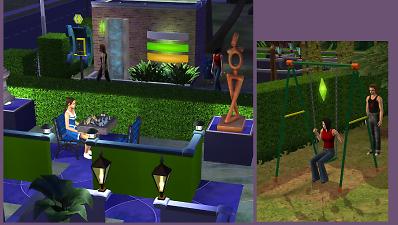 My Round 03 Entry in Karen's Campus Constructor's Challenge

Descriptions from the Contest:

The first thing you notice is the interesting pattern in the raised maze park. This is a Hilbert Curve. An elegant algorithm that can be expressed very simply, and fills the space of any area required. It's an interlocking pattern, and regardless of whether you prefer Blue or Green, it is the same algorithm. There are benches for canoodling, chess games and places to eat or study. If studying outdoors is your thing. For most Math Geeks, the only thing that tempts them out is to be in the Hilbert Curve!

Above the Maze, the viewing tower is a mass of blue glass and silver steel, surrounded by flowers (in no particular pattern) and trees. Birch trees were specially planted in this park, as a memento of Emmy Noether's European roots. A BBQ area, and toilet block are also available.

There are no fences between the park and the Library, to allow library users to use the toilets when necessary. The toilets in the park, are available 24/7 but are cleaned daily.

In the corner, you'll notice the Apple Pi. :D
The fountains in the park are not for soaping! No matter how good it looks at night! The abstract statues celebrate Ms. Noether's contributions to Maths, that topographically, a Coffee Cup is the same as a doughnut. Here we see that Humans ARE Coffee and a Doughnut!

The Maze is an open Maze, meaning that there are many routes through the maze, but it still requires some thought to make it to the place you want to go. Around the outside of the maze is Hedge, and along the edges are busts of Hilbert and Noether, and other female mathematicians.

There are two chess sets, and the unsavoury charlatan will *cough* molest *cough* the cheerleader if she gets irritating enough.

The Park is not all fun and games. It's food too! With 2 barbecues to satisfy any appetite.

But mostly? It's to encourage a greater love of all things mathematical - even the cheerleader succumbs to its charms in the end. And don't forget to calculate your trajectory on the swings!

Additional Credits:
Karen - for her contest.
Leefishers for their "encouragement" to upload the lot.