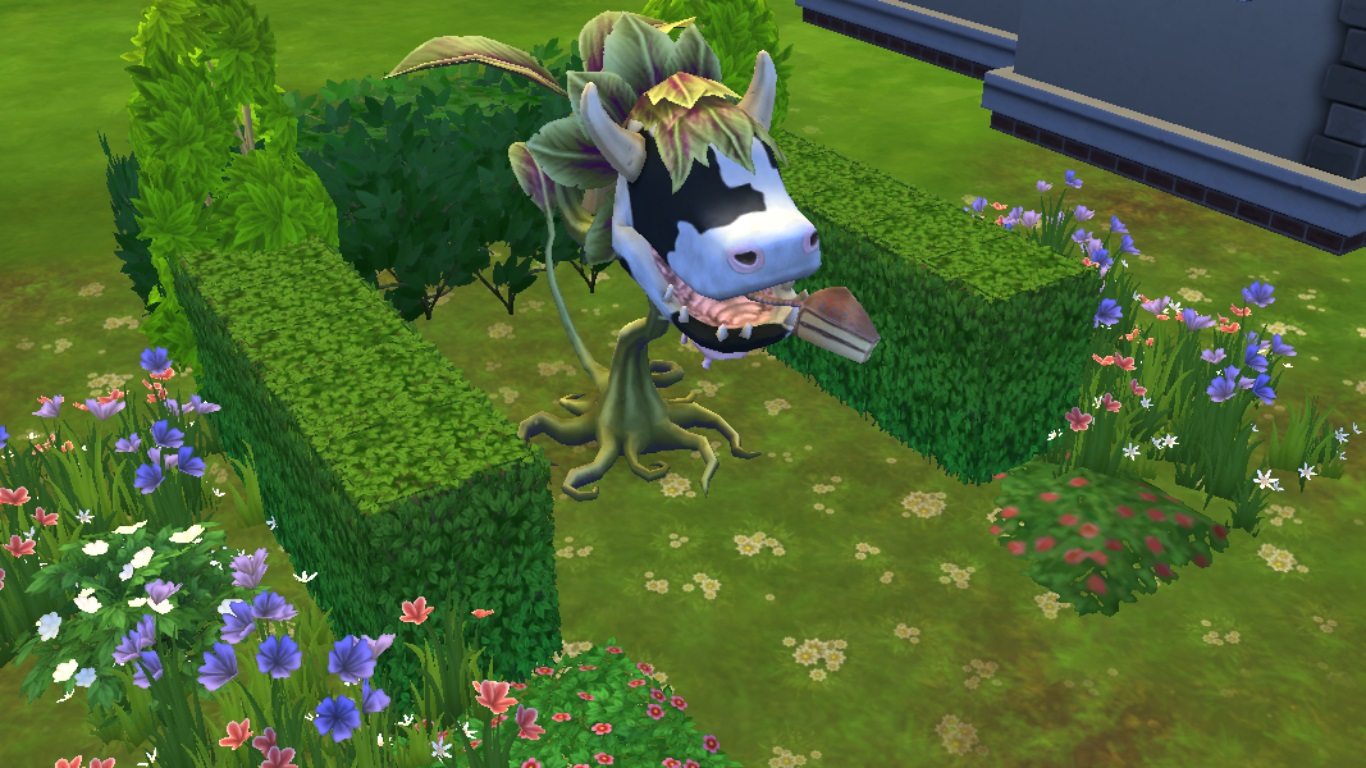 26,391 Downloads 348 Thanks  Thanks 134 Favourited 68,712 Views
Created by alexnidhogg
View all Downloads
Uploaded: 19th Oct 2014 at 1:25 AM
Updated: 19th Oct 2014 at 6:39 AM - Added additional customization for cowplant lifespan
Dangerous Cowplants
Reasoning
I thought Cowplants were rather underwhelming as Sims had to be eaten twice in 2 days to get life essence as well as the only real downside to the plant, which was losing a Sim. After looking at the code, it looked like Sims would almost NEVER try to eat the cake while they had the drained moodlet autonomously, meaning that the only way to get life essence was to purposefully send members of the household to their doom as visitors and passerby's would never be eaten.

Changes
This mod makes it so if a Sim tries to eat the cake, the reaper pays them a visit, no more drained moodlet. Also, hungry Sims can try to eat the cake autonomously to try to refill their hunger motive. The lack of a drained moodlet also makes it possible that visitors can be eaten by the Cowplant as well, so keep it fed unless you're trying to get some life essence.

Files
Note: All .zip files need to be unpacked to be used.

The mod itself can be found in AlexNidhoggCowplantTweaks.zip. The tuning files are available, uncompressed and commented, in Source Code.zip. I give full permission for anyone to modify the files for their own use, as my changes were rather minor.

Additional Credits:
S4PE - For making packages something manageable for beginners.
S4TT - For making the game data infinitely easier to access in a meaningful way.
Sims4XMLExtractor - For making the XML more readable by humans.
Other Information