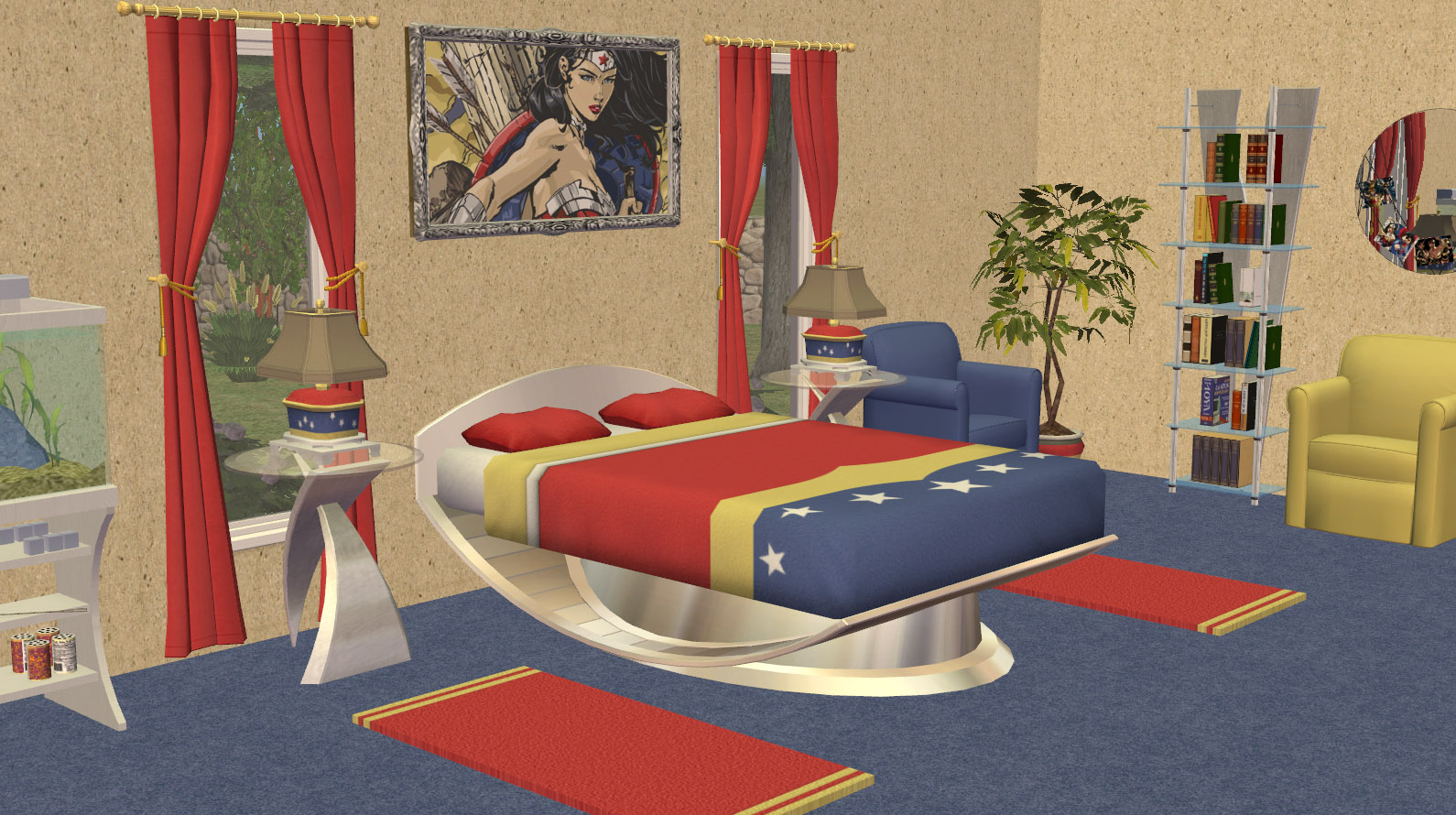 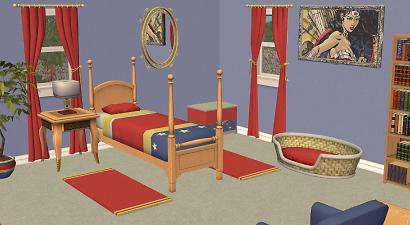 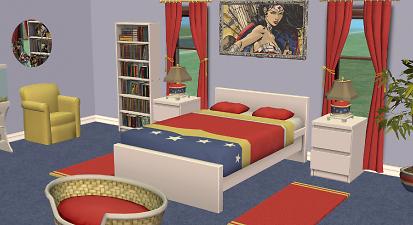 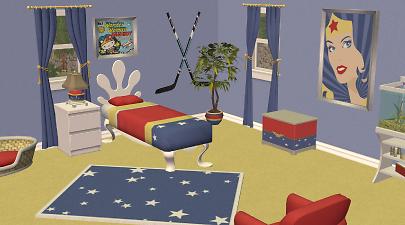 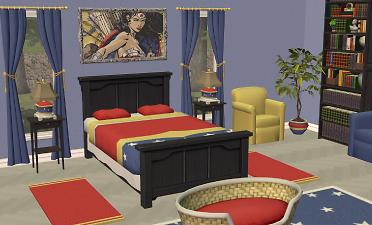 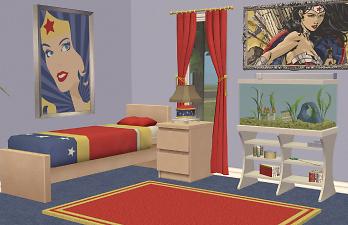 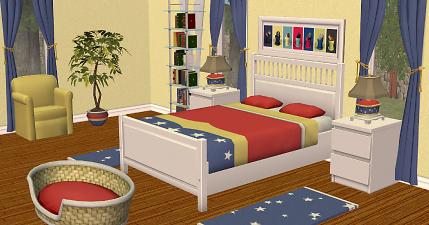 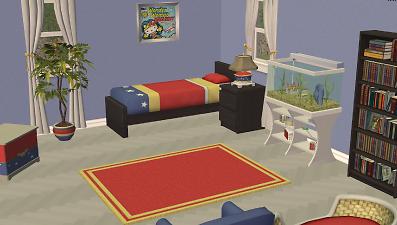 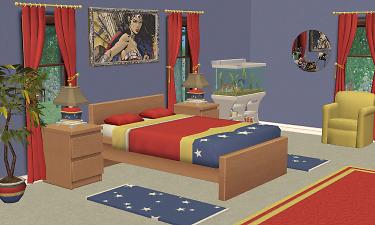 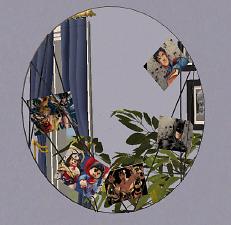 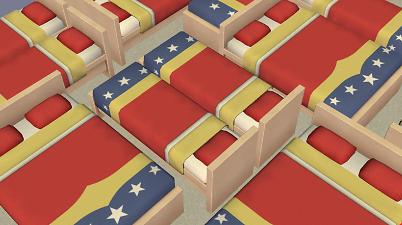 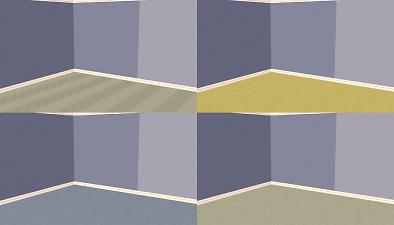 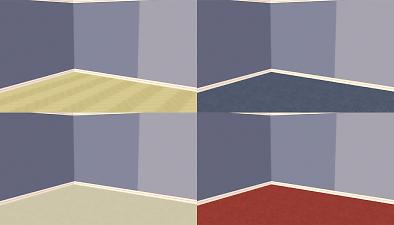 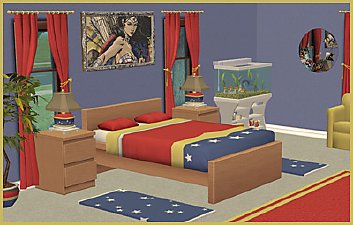 90 Thanks  Thanks     19 Favourited
This is a Maxis Recolour which means that it is a recolour of an item that already exists in your game. Please check the Expansion pack requirements to see which game pack it recolours.

Hola! From the upcoming movies Wonder Woman and Batman v Superman, animated TV shows like Superfriends and Justice League, her own Wonder Woman series starring Lynda Carter, and continuous publication since her comics debut in 1941, Wonder Woman is easily one of my favourite characters in the history of pretty much ever. So, she gets a bedroom!

In a rare moment of sanity I designed this set to be as versatile as possible, so it should go nicely with a wide variety of bed frames, end tables, and so on. I originally intended to make some =W= bedding and leave it there, but things kinda snowballed. Like they do. Constantly. So it's bedding and then other fun stuff too, which I truly hope you'll enjoy! As pictured above, I've included three blue walls (paint, white trim), plus two herringbone floors and six shades of carpet. Other items include...

The above items are all base game, no EPs required. Non-base additions include...


Rugs (blue with platinum stars, red with gold border) are recolours of Echo's rug and require the mesh(es) posted here:
http://www.modthesims.info/download.php?t=46922
My recolours are of the 3x4, which also apply to the 2x3 and 1x2 sizes. These should require base game, plus NL or a later EP.

VANNA mirror from the IKEA SP (could not resist the impulse to do little WW-and-friends pics for it. honestly, I tried. couldn't.)

I have also included 3 pieces of wall art (all base game recolours):

All files have been Compressorized (thanks, Jfade!), and the set includes a Collection file/icon (Oh! And the beds in the collection aren't furniture recolours; they're there to represent the beddings.)

Additional Credits:
Numenor, Quaxi, RGiles, and everyone who contributed to CEP and SimPE William Moulton Marston for creating Wonder Woman!