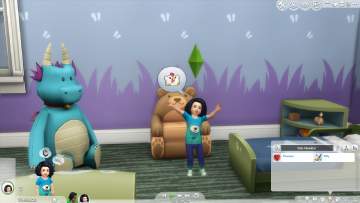 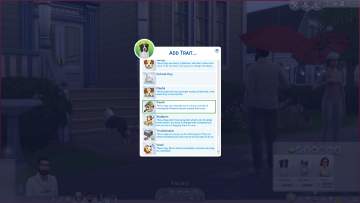 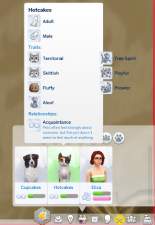 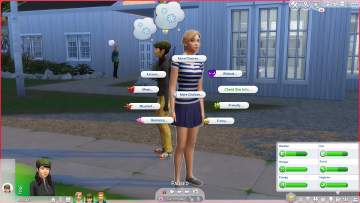 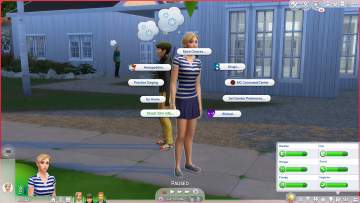 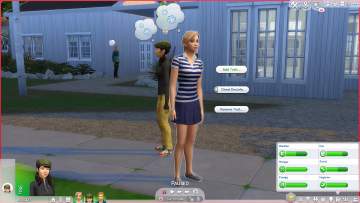 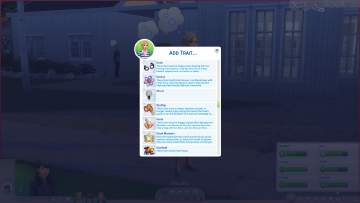 30/06/2019 I re-upload all the files as zip now because some people reported the previous rar files couldn't be extracted. If you are already successfully using the versions of previous update, you could just ignore this re-upload.

More traits for pets are available for ALL versions now
Download ONLY ONE version of More CAS Traits for Sims Mod. Extract the zip and put the folder under your Mod folder.

How to add the traits :


Under game play mode, click on any other sims or a sim-self or pets. Click "Cheat Sim Info". Then Add or Remove any traits as you wish.

Only put ONE file of More Traits Mod you want in your mod file.

Remove Embyr311's original mod and any conflicting mods before you put the new one if you decided you use my versions or it will not work.

Since Embyr311 has not been updated their original mod for the toddler patch for a while and the original mod makes toddlers' trait disappeared, I have decided to make updated versions of the mod.

This mod is compatible with custom traits like my Sarcastic Trait as you can see in the image.
And Traits from Reward Store, Hidden Traits,Traits from completing child and adult aspirations and Traits given by chosen aspiration are not counted as the additional CAS (personality) Traits if you are worried.
NPC sims generated after installing the mod will have the number of traits stated by the package.
----
Troubleshooting:


Step 1: Check if your game is patched up to the newest version.

Step 2: Check if the "Enable Custom Content and Mods" is on in Game Options

Step 3: Does the mod's name appear at the list of mods running shown the game startup?

No? Did you extract the zip file and put one version of the package in the Mod folder?

Did you download and put an extracted "Add Traits in Regular Menu" in the Mod folder as well?

Step 4: Did you remove any outdated versions of mods from the Mod folder?

Thanks for creating the original mod to Embyr311 again!


Download ONLY ONE version of More CAS Traits for Sims Mod. Extract the zip and put the folder under your Mod folder.

Need more information?
Back to download view
448 Comments / Replies (Who?)