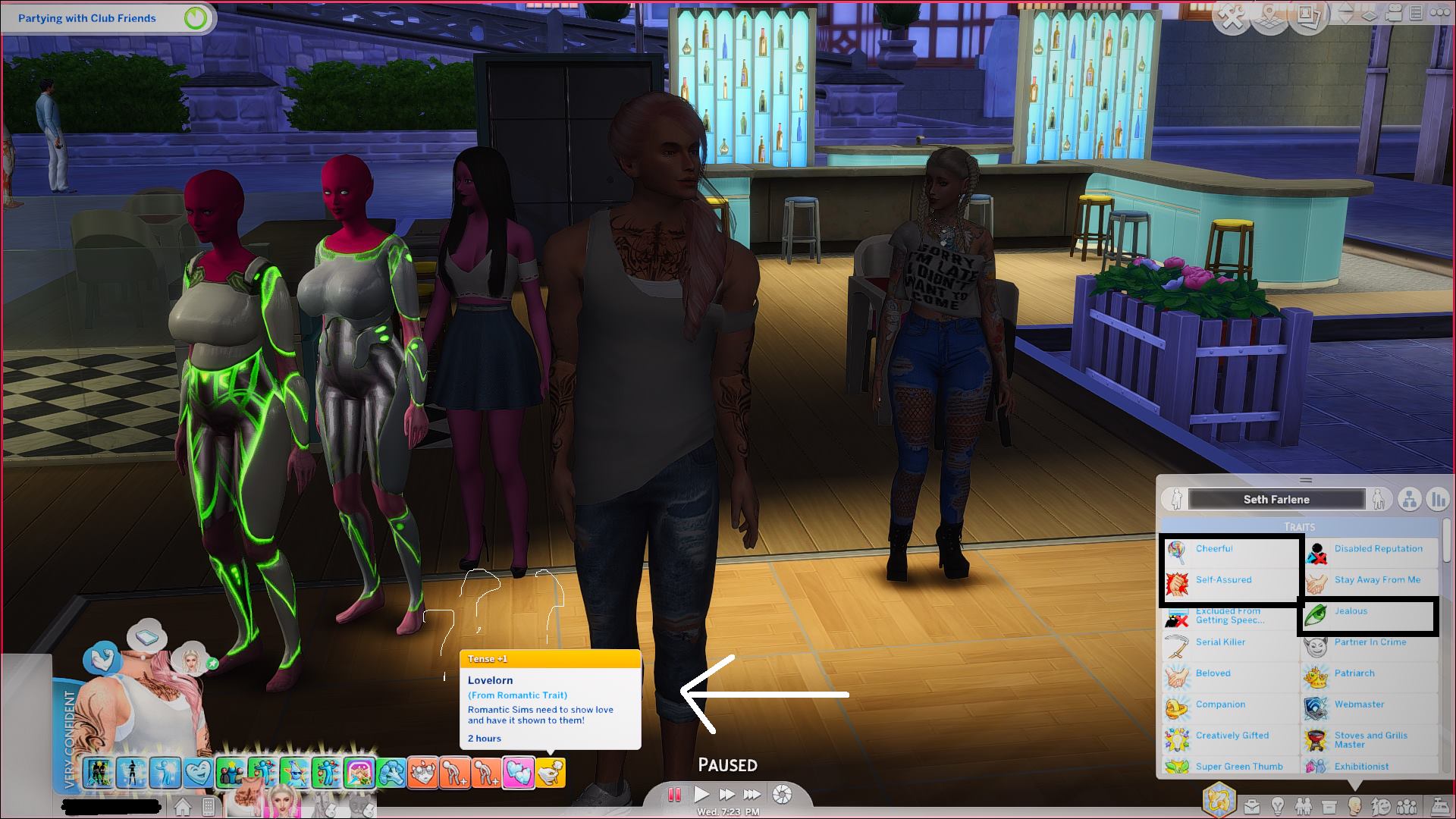 Created by Manderz0630 View all Downloads

I created this mod because of a bug I was experiencing. The mod hides the Lovelorn tense moodlet buff and makes it have no mood effect.
The bug: The moodlet would randomly show up onto the Sims who never had the romantic trait, the result: the Sims would become bugged with the buff.
I decided to upload this Mod for those who are experiencing the same bug or those who just don't want to deal with the tense moodlet of the Romantic trait.

Now onto the description of the photo.
The three traits I have circled in the photo are the traits I assigned to Seth when I created him. He never had the romantic trait.
I have other Sims with the same issue either created or born in game.