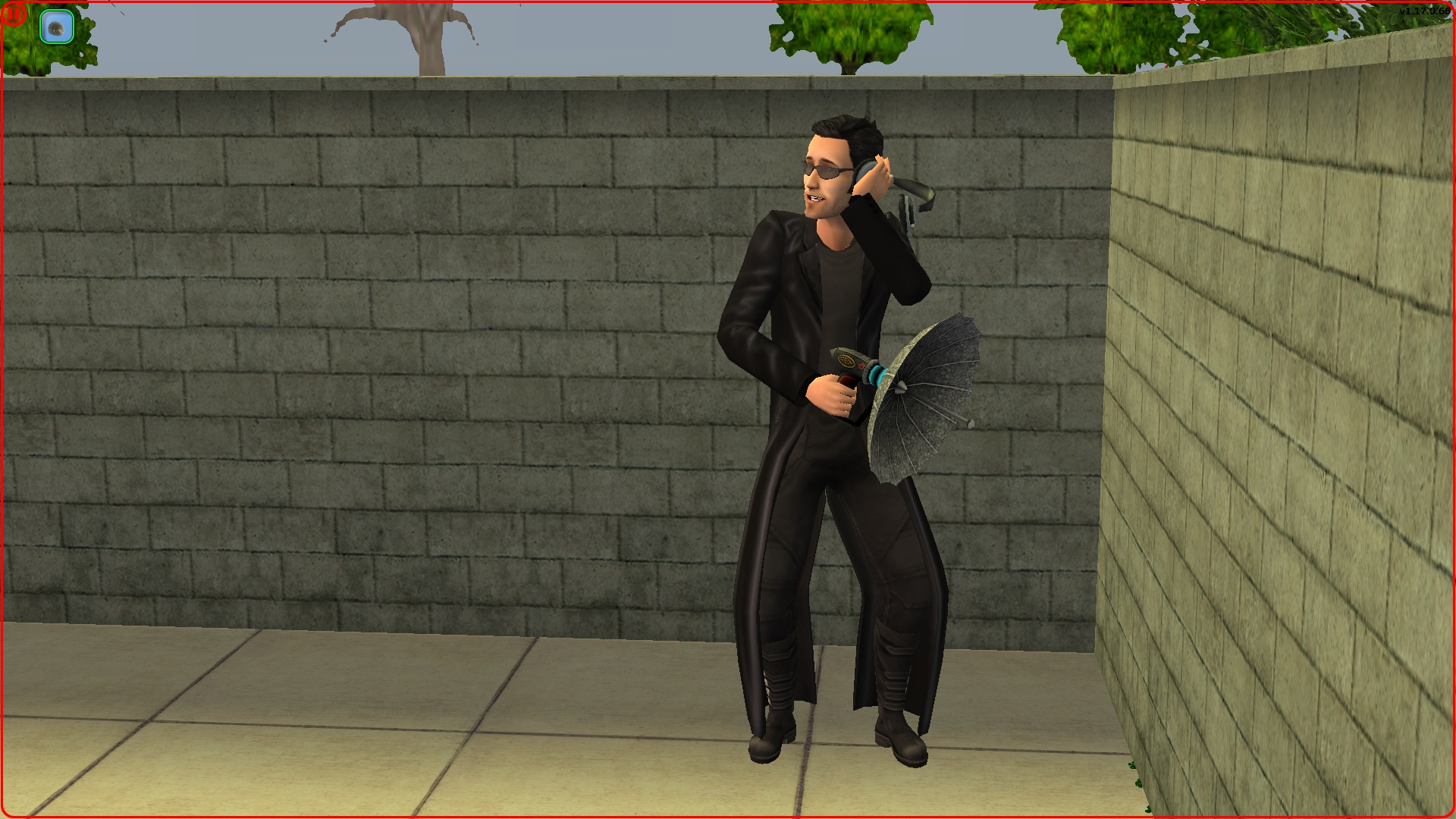 UPDATE 5: The mod now has 5 resources that technically conflict with my Biotech Station Mod, but there is no actual conflict between the two mods, as the resources are exact copies of each other. It doesn't matter which mod loads first, either.
- Before this update, if you got busted once while using a spy machine, you would not be able to get busted again while using the same machine. This is fixed.
- If you get busted, you will now be charged 750 simoleons instead of 300.

UPDATE 4:
- Sims' comfort and energy motives will now decay faster while spying.
- It was more difficult to learn recent, negative memories. This has been fixed.
- Sims are more likely to spy on sims they are enemies with or furious at.

UPDATE 3: Sims are less likely to succeed at learning memories if it is raining, snowing or hailing outside.

UPDATE 2: This update adds new features.
- Your sims will be more likely to succeed at learning memories if they are on a higher floor. If your sim's Mechanical and Logic skills are low, or if you think it takes too long to learn memories, you may want to build a spy tower. I put a limit on how much the floor level can contribute to the success chance, though. It caps out at the tenth floor, so the bonus success chance is the same for the 10th floor and higher.
- Sims are more likely to learn about recent and powerful memories.
- If the spying sim is not in the Intelligence, Law Enforcement or Military careers, now there is a chance they may get busted by the police. The chance is very low. If you've ever used the counterfeiting machine or hacked your grades, then you already know how this works. The police arrives, lectures your sim, fines you and then leaves. If you don't have enough money, then some of your objects will be repossessed. When the police arrives, you get a notification just like the counterfeiting and hacking situations, but this time the police says, "I'm fining you *MoneyAmount* for spying on your neighbours. Don't do it again!". The text is only available in English, meaning that if you play your game in another language, you'll have to translate this text into your own language. Here is how you do it:

- Open this mod in the Package Editor. Click on the resource called [Text Lists].
- Above the text lines, there is a drop down menu. It should say "English" by default. Click on it and select your own language.
- Click on the last text line below which says something like "I'm fining you *MoneyAmount* for spying on your neighbours. Don't do it again!", and then translate it into your own language in the box above the drop down menu.
- Click "Commit" and then save by clicking the floppy disk icon at the top.

UPDATE 1: This is an important update.
- Before this update, sims were unable to learn the personal memories of the sims they were spying on. They could only learn the spied-on sim's gossip memories about other sims. Now, sims can learn both the personal memories and the gossip memories of the sims they are spying on.
- Sims are now able to learn both negative and positive memories.
- The spied-on sim's Logic skill decreases your sim's success chance.
- Sims should prefer spying on disliked sims a bit more now.
- Spying now increases Tinkering enthusiasm.
- Spying now increases Mechanical skill. Sims with low Nice personality increase their skill faster.

In an unmodded game, when you use this object, there are a number of stupid dialogues that can come up which can decrease your sim's needs, give your sim some money and other boring stuff. That is all it does. Don't you think it would be cool if you could truly spy on your neighbours?

This mod makes it so that you can now really spy on your neighbours. Whenever a sim starts the "Spy" interaction with this mod, the following happens:
- The sim will start spying on a random playable, housed sim who lives in the neighbourhood where you are spying. Your sim is slightly more likely to spy on disliked sims.
- While spying, depending on your sim's Mechanical and Logic skills, your sim has a chance to learn random, negative memories of the neighbour that they are spying on. These memories may directly belong to the neighbour, or they may be memories of other sims that the neighbour knows about. Your sim will actually learn these memories. It's fully functional gameplay. If your sim learns about a memory, then they can obviously spread these memories by chatting or gossiping with other sims.
- When your sim succeeds in learning a memory, your sim will show a speech bubble showing the sim and the memory they are hearing about.
- If the memory that your sim hears about is a memory that your sim already has, then the memory will not be given again, but obviously your sim will still show the speech bubbles. It works just like the Gossip interaction in this regard.

You can now properly play John Mole with this mod.

Requirements: You need all EPs.