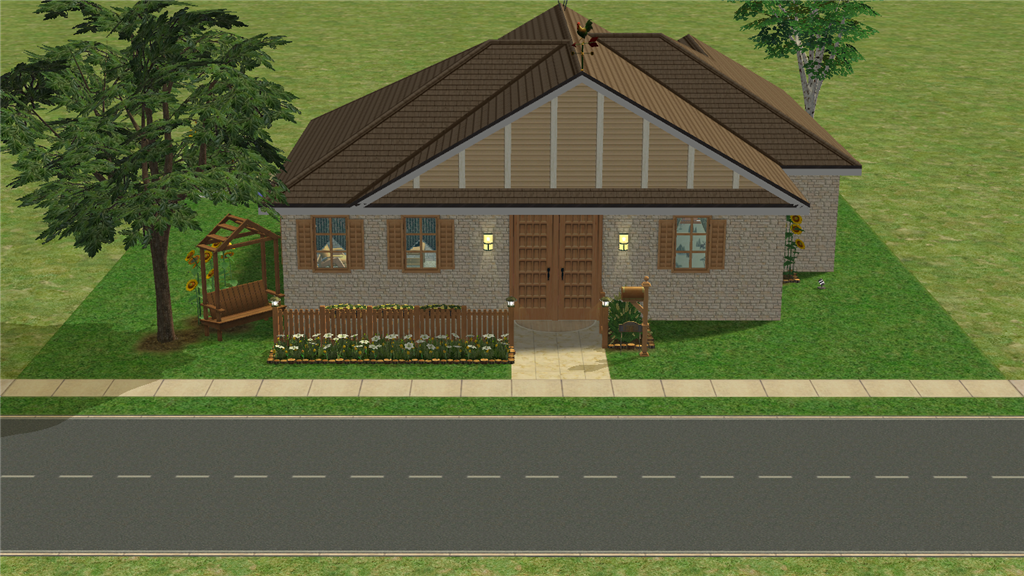 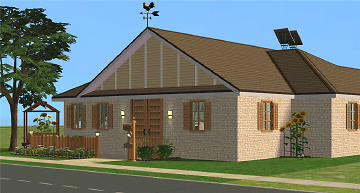 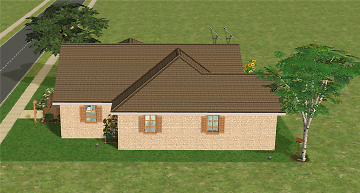 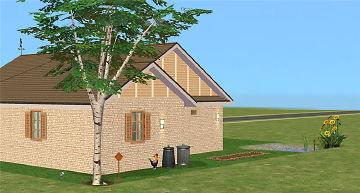 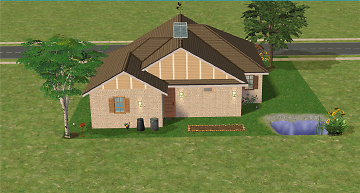 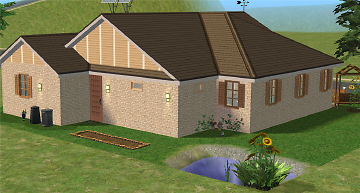 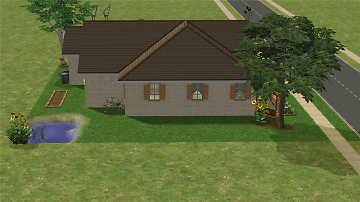 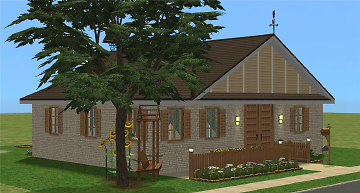 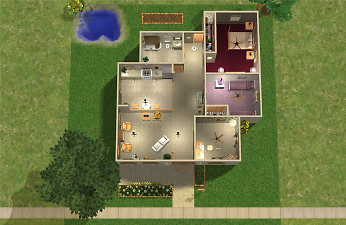 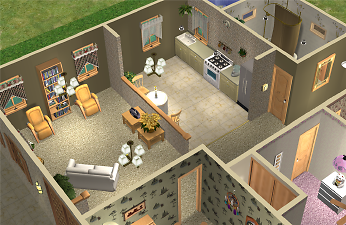 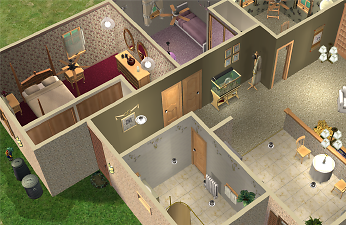 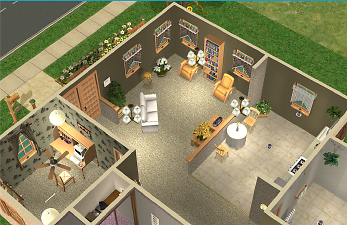 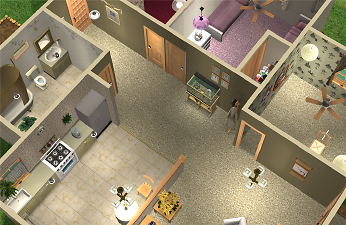 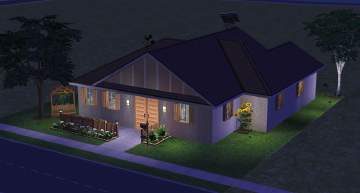 This is the newly remodeled home of recently retired Pop and Lolly Eldermerry. It was inspired by the Community Spirit Application Home of builder Goldenbtrfly. This is the first time to visit their "new" home since it was finished and they are anxious to move in, so let us show you what we have done. To start with, it is a 20x20 tile lot, same as before. The footprint of the house has been pushed out some all around and a new roof was added. Pop thought it seemed like a good time to install those solar panels up there too. The house was moved from it's foundation, so now the Eldermerrys don't have to worry about climbing up and down stairs. It is only a few steps to get the mail and newspaper or toddle on out through the new back door, to fish, garden or bird watch.

There is new brick and some detail of it can be seen inside, as well. The interior walkways are wide enough with improved accessibility. The kitchen has been made wider with plenty of room if they want a bigger table, but we heard they like eating a cozy meal for two!

Their living room chairs have been replaced with comfy new recliners for those nice afternoon naps. The sofa has been downsized to something more fitting, but it was Lolly's idea to have a white loveseat; she said she always wanted one! They really enjoy reading and improving their life skills, too, so we made sure we kept room for a good bookcase. Pop says, "It's never to late to learn!". They won't ever miss a television set, but they have room if they change their minds. The radio will do just fine for them, especially for "cutting the rug" on occasion. Exercising is no sweat either, although, we did hear that they experienced yoga while visiting the Orient recently - they have ample room to stretch.

Since they seldom needed two baths, we enlarged their smaller one and converted the larger bathroom space to a third bedroom or for use as a study. Pop says, "I am proud to say we now have a fine home office, complete with one of those nice computers, a dartboard and a real easel for Lolly!". The nursery, with Lolly's touch, became their guest room with a closet. Speaking of closets, they now have two in their own bedroom. As you can see, there is also plenty of space in the bedroom. You know...for those times down the road, when they might need assistance.

Well, that's about everything. The Eldermerrys love their place even more now and so do we. In fact, so much so, we are offering the same floor plan for other Elder Sims to own, but if you're not an Elder, well that's okay, too!


Thank you and Enjoy!


Custom Content: None. However, we have all Expansion packs and all Stuff packs installed, including Celebrations and Holiday. If you don't have all of these packs, then some of the game content may be missing from the lot! Additional Credits:
Credits: Goldenbtrfly for her wonderful Community Spirit Application Home and her ongoing contributions to the MTS community.


Special Consideration: No roosters were harmed in the building of this lot!