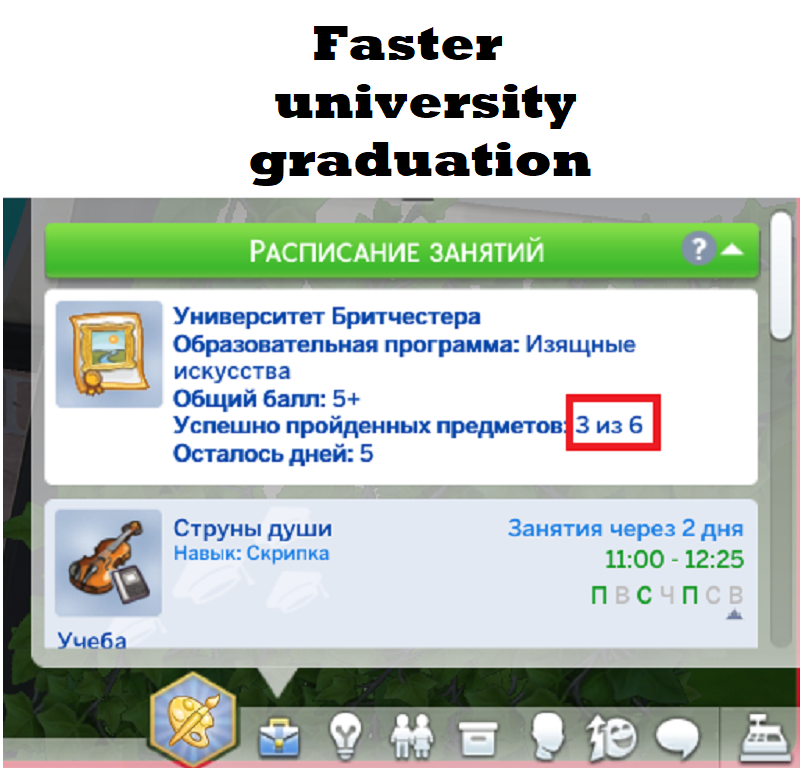 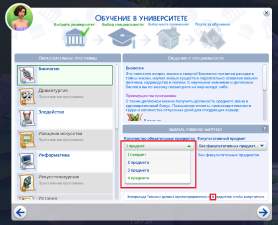 1,276 Thanks  Thanks     113 Favourited
I was really surprised when I get an the Discover University and my sim, who was also a member of the football team, had to spend at least 3 weeks having 4 classes a week and play football several times a week and that was quite uncomfortable to play. Later, I accidentaly failed one of the classes, and my sim finally graduated after 4 weeks in Uni, being already an adult.

So I made this mod to reduce credit hours to make the process of study less annoying. The mod changes only the number of credit hours to graduate, nothing else has been changed (you still can take 1 to 4 classes a week as you want)

There are 3 flavours of the mod (please choose the only one!) - 4 credit hours (so degree can be get in one week), 6 credit hours, 8 credit hours.

Conflicts
This mod will conflict with any mod that edits the same resource:
Name / Instance
sims.university.degree_tracker.DegreeTracker.SimData B0141CC0FEA163AA