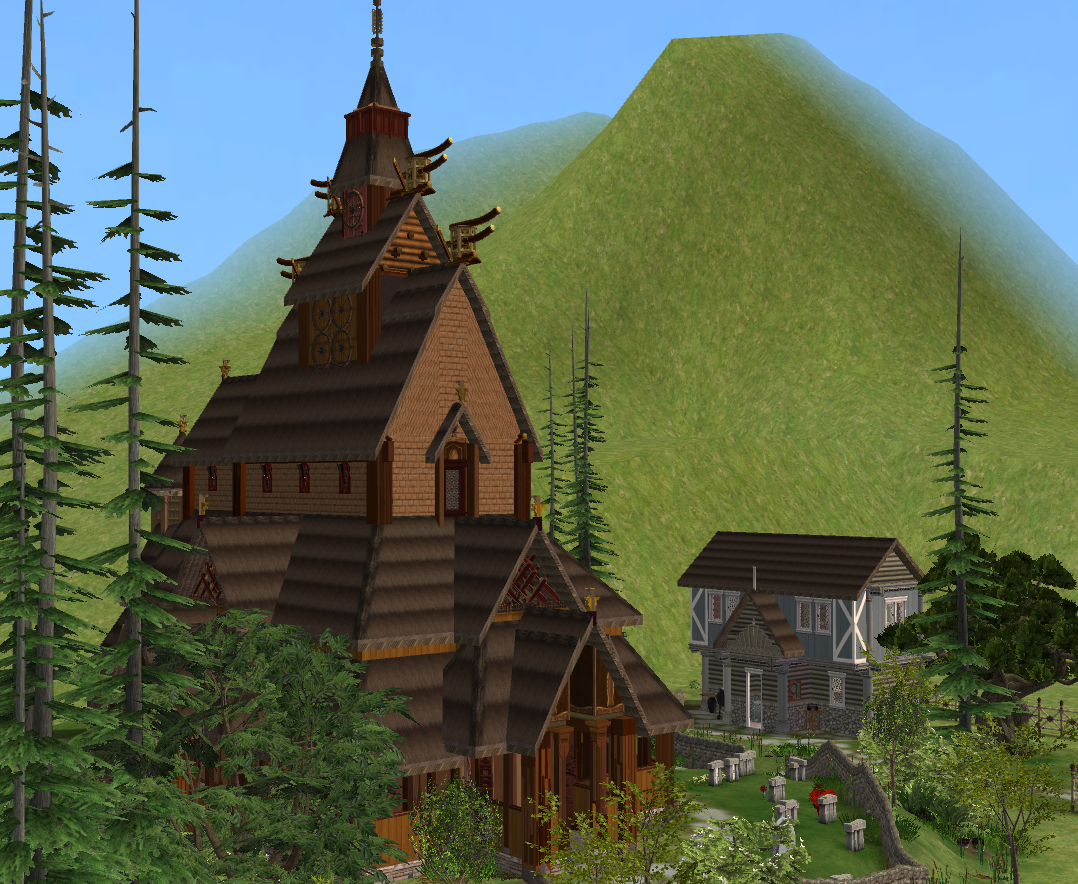 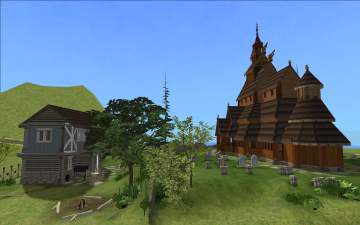 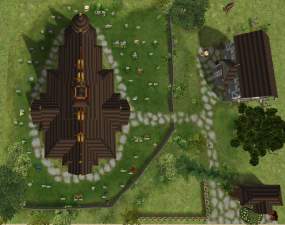 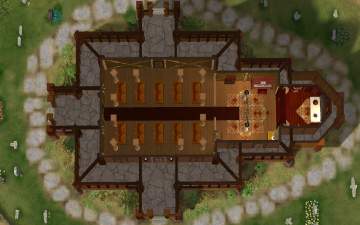 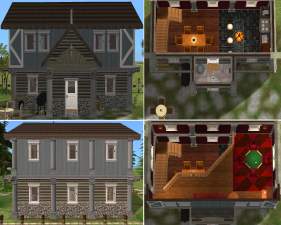 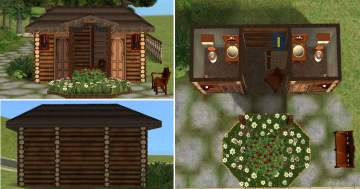 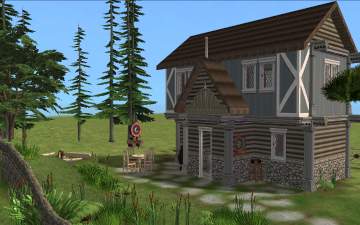 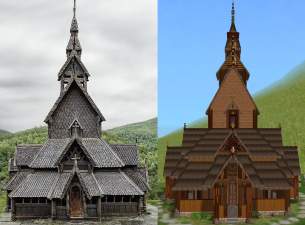 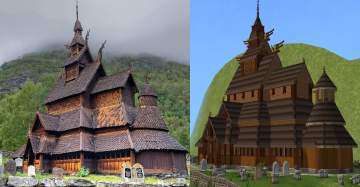 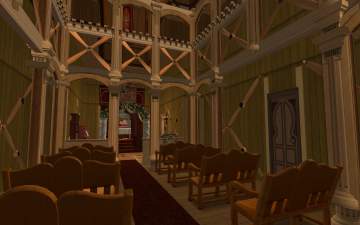 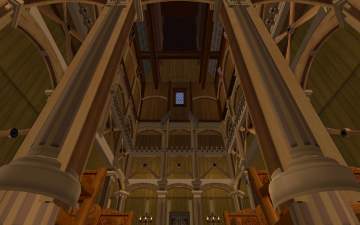 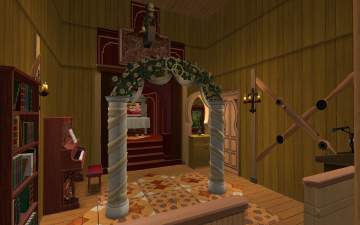 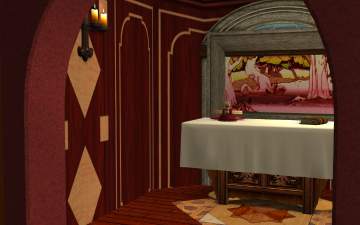 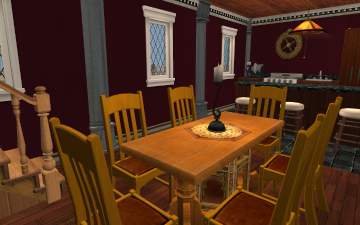 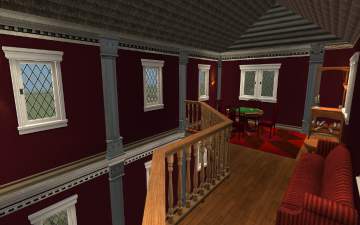 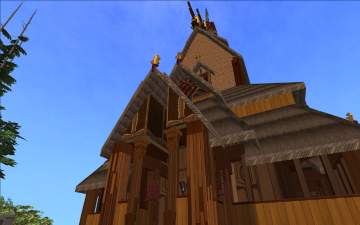 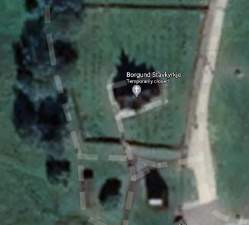 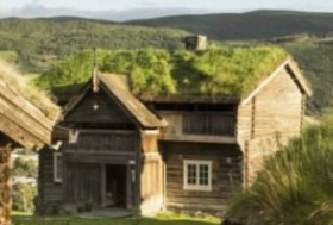 732 Downloads 89 Thanks  Thanks 29 Favourited 4,444 Views
There is an update available for this mod! Last downloaded: , creator last updated:
Picked Upload!   This is a picked upload! It showcases some of the best talent and creativity available on MTS and in the community.

Created by Jymn View Policy / About Me View all Downloads

Borgund Stavkyrkje (or Stavkirke or Stave Church) Is a triple-nave stave church of the Sogn-type, built in Laerdal Norway in around 1150 AD and in use for services until 1870. It is now a museum run by the Society for the Preservation of Ancient Norwegian Monuments. The church has elaborate carvings of both Christian and pagan symbols and was built from carefully fitted wood pieces without the use of nails. Stave churches were common in Northwestern Europe during the middle ages but only a few survive today, most of them in Norway.

The exterior of the church is as accurate as possible (I got a little obsessive about it) although it is larger overall than it should be.

The interior is accurate-ish but I prettied up the apsis and added some useable items to the front of the church.

The grounds are more 'inspired by' than accurate, with changes to the landscape and a whole extra building full of amenities to keep the simmies occupied (and in case you wanted to have a wedding reception on the lot)

Just a few notes
- No custom content included or required
- The lot edges are flat
- Constrainfloorelevation false was used for all the funky roof layers
-TS2GridAdjuster was used for the foundation and a few other things (large dogs can't enter the church, sorry)
- Moveobjects was used and some things aren't snapped to grid, but the furniture works
- There is a phone in the little building at the front
- There is a mailbox tucked in next to the payphone, in case you want to convert it back to a residential lot for some reason

These links are what I used to make Maxis items that normally aren't buyable show up in the catalog for purchase, you don't need the download for them to appear when you load the lot, they are already in the game.
- Buyable Game objects by HugeLunatic
- Buyable Reagents by Neder
- Buyable Aspiration & Career Rewards by Sophie-David
- Crafted Objects and Fish in Buy Mode by Ponderosa

This link is what I used to make extra wall items (mirrors, curtain, fire alarms) shiftable. It is very handy.
- Shiftable signs, paintings and photos by Goggalor at MoreAwesomeThanYou.com

I definitely spend way too much time playing this game. But almost exclusively the building buildings part, not the micromanaging tiny idiots part. And I sometimes take breaks for months at a time.

I always build CC-free because if I don't have a limited number of options I will never, ever be satisfied and I will spend days and days looking for one counter that fits this kitchen perfectly--and I finally found it--but I had to edit the texture a bit because it didn't tile perfectly, but it's finally done--Oh wait, I changed the wallpaper so now I need to scour the entire internet for counters all over again, and--and I will literally never finish anything. So I've limited myself. But at least CC-free is convenient for downloading. Hope you enjoy them!

Feel free to message me with questions or constructive criticism regarding my uploads.

-- Policy --
-Do not upload my work to other sites.
-Feel free to use my lots in the background for movies or pictures or whatever.
-If you make SIGNIFICANT changes to a lot you may upload it, just not to pay sites.
-For either of the above make sure to give credit and link back to me.

And please use good judgement on the definition of significant. Redecorating one room is not significant. Redecorating the whole house in a different style or for a different purpose is. Adding one room is not significant. Adding a whole other wing or building and updating the landscaping is. That being said if you do use my lot as a jumping off point, by all means message me a link when you upload it because I'd love to see what you come up with.

Weird little sidenote: I often edit lots I download to have different size footprints to fit in with my neighborhood. It can often involve doing tedious things like making a whole building three tiles narrower so that it will fit inside 20 squares, and then a million little changes are necessary to keep the lot functioning and looking good. I don't know if anyone else ever does that, however if you do but then find the result isn't really "significant" enough to be it's own post (4x5 => 4x4 probably not significant, 4x5 => 2x2 significant unless all you did was get rid of the yard) you might want to message me, because I'd be interested in adding yours as an alternate version to download on my original post (with credit and a link to your profile)