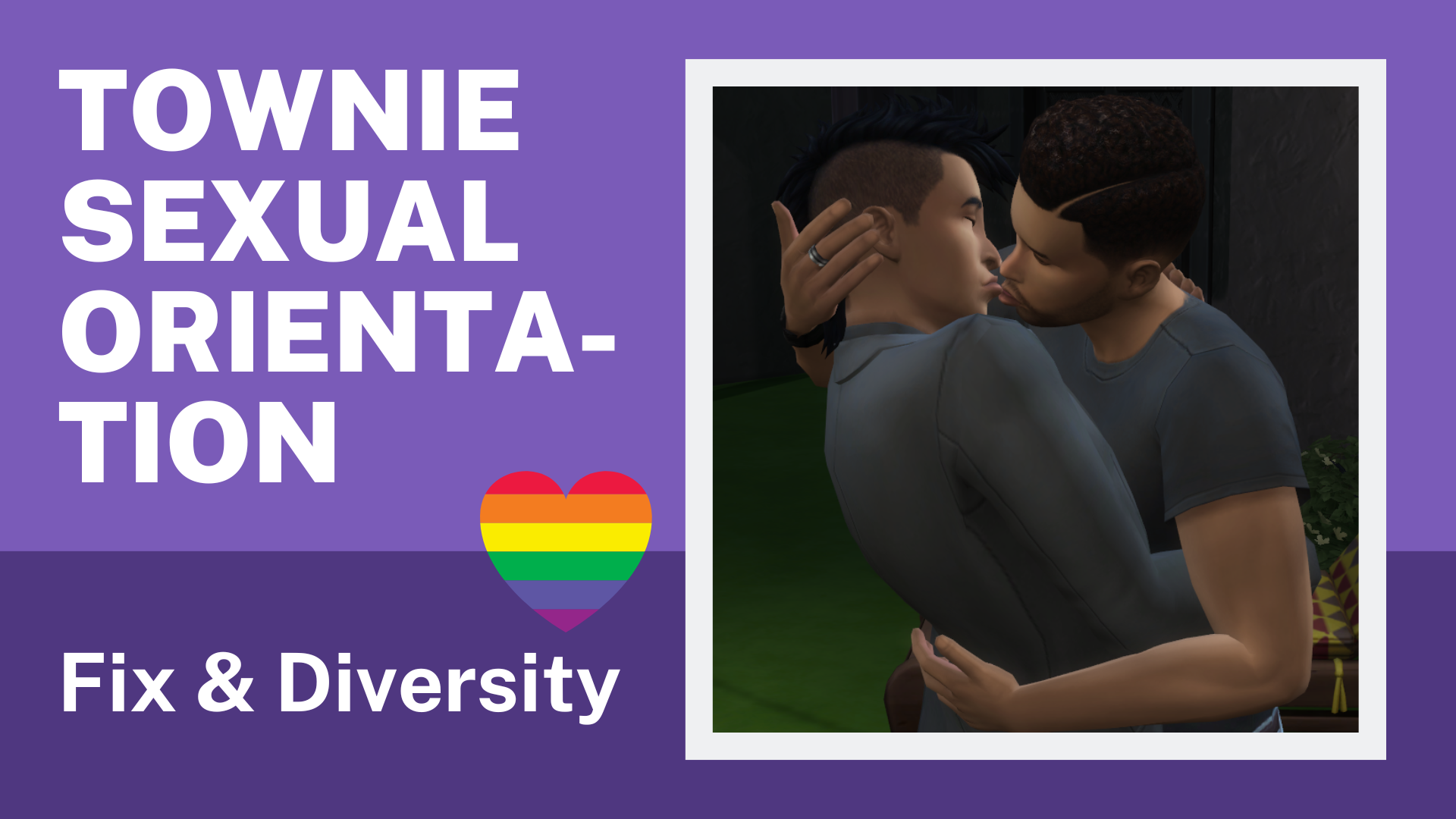 Created by flauschtrud
View Policy / About Me View all Downloads
Uploaded: 16th Aug 2022 at 11:15 PM
Updated: 25th Nov 2022 at 6:08 PM
Future updates for this mod will be uploaded on the official mod hub:
https://www.curseforge.com/sims4/mo...n-fix-diversity

There are three versions of the mod. Please use ONLY ONE file!

If you use one of these mods only NEW townies that are created after you put the mod in will be affected.

TownieSexualOrientationFix
There currently is a bug regarding the sexual orientation of random townies. They have a very high chance of being aromantic and asexual, which makes it extremely difficult to find partners for your Sims.

This version of the mod fixes this issue and lets new random townies be generated as pansexual.

TownieSexualOrientionDiversity
Although EA broadly stated that LGBTQIA+ identities can not be toggled on and off they did exactly that. But they did not add a switch in the settings, they sneakily hid it in the code. If you play same-sex relationships you secretly unlock new settings for townie sexual orientation. You can read more about that in my research post on the bug forum.

This version of the mod enables the diverse settings of townie sexual orientation regardless of what kind of relationships you play or don't play.

TownieSexualOrientionAlwaysPansexual
This version disables the hidden switch that EA put in the code so that players that play with same-sex relationships still get pansexual townies.

Comparison of the mod versions

Playstyle B: You initiated at least two same-sex relationships (so yeah, the game basically tries to make sure that only players that are not homophobic get the diverse sexualities...)

Diverse sexualities: 67% hetero, 17% homosexual, 8% bi, 8% neither. These are not my numbers. I kept EA's numbers and my mod only activates these settings.

No Mod
Playstyle A: Mostly aromantic/asexual (this seem to be a bug)
Playstyle B: Diverse sexual orientations

Please note that the bug only effects new random townies. Townies that have been created before the HSY patch should be fine (=pansexual) anyway. Please also note that the game changes the orientation for Sims that are part of a couple, so these might be straight instead of pansexual.

I was really hoping for a patch that addresses these issues, but since we still did not get one I decided to publish this mod. If you have questions about it please ask. You can also head over to the bug forum and click "me too" on the bug so that it gets more attention.

Installation
Unzip and drag ONLY ONE of the package files in your Sims 4 Mods directory.

Compatibility
This mod only overrides a single file but will conflict with another mod that changes how sexual orientation is configured.

Terms of use
My mods are published under the Attribution-NonCommercial-NoDerivatives 4.0 International (CC BY-NC-ND 4.0) license.
If you share my mod please link back to this upload.
Other Information

My mods are published under the CC BY-NC-ND 4.0 license.
If you share any of my mods please do so by linking back to its original upload page.