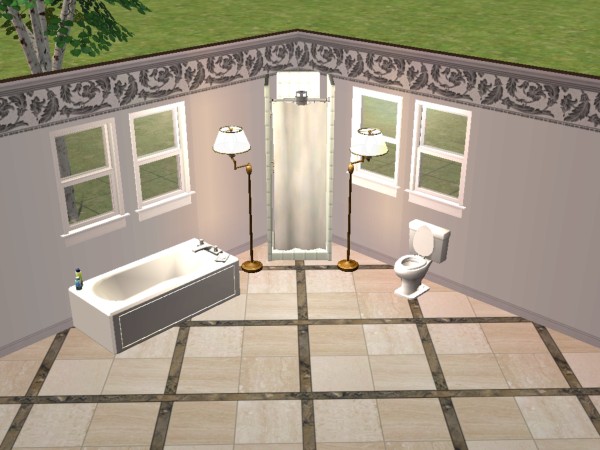 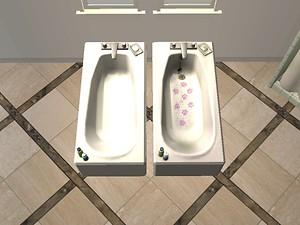 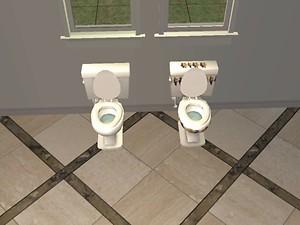 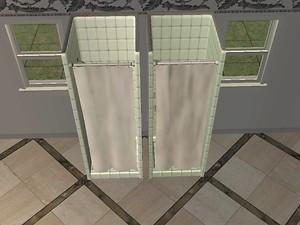 Created by perdita_x_dream
View Policy / About Me View all Downloads
Uploaded: 3rd May 2006 at 5:30 PM
Updated: 23rd May 2006 at 12:14 PM
I don't know how bathrooms in other countries look in general, but in Sweden the ceramic is generally white, even if you are a poor family!
So here is:

The bathtub doesn't have that hole where the water runs out, it looks much cleaner and nicer that way. This is for people who like their bathrooms fresh and clean and crisp white, and also for those of us who have (as I had then i made these) slow computers with not much graphic effects and lightning which makes everything darker.. You can see my recolors compared to the original ones in the pictures below. The wallpaper seen in the pictures was made by me and can be found here: http://www.modthesims2.com/showthread.php?t=154401

A white sink!
As requested in this thread I also recolored the cheapest sink standing alone, Simple Sink, you can find it here: http://www.modthesims2.com/showthread.php?t=159587

Love
/Linnea
This is a Maxis Recolour which means that it is a recolour of an item that already exists in your game. Please check the Pack requirements to see which game pack it recolours.

Thanks for stopping by my little corner of this wonderful modding community :) Please help yourself to my downloads and use them to increase your IRL funmeter :)