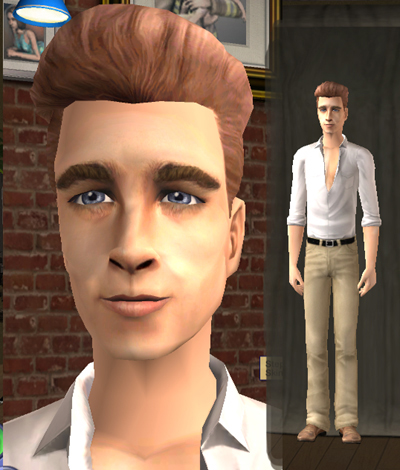 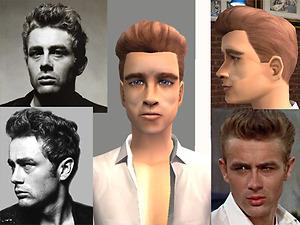 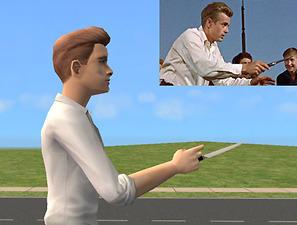 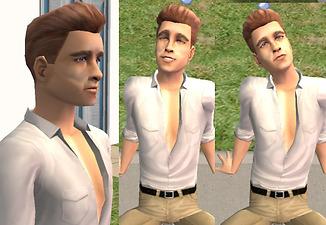 I would like to thank SimMoon, hemial1964, Night Stalker and lord_of_th*e_sims from The Sims2Workshop. I also give a heavy thanks to ReginaS from ModTheSims2.com. Thank you all for your feedback throughout the creative process.

Background History on the Sim: I came to realize that throughout all the Sims I have made, I've created more female Sims than I had male Sims. So, I figured I'd give myself a shot at it and I had attempted to do Mr. Steve McQueen (of "The Great Escape", "Bullitt" and "The Towering Inferno" fame). But after an hour, I came to realize that the challenege of doing him was too much (though I had a few good pictures of him, including a mugshot from when he was arrested for a reason I do not know). So, I decided to try out someone less difficult: James Dean. After taking some feedback and suggestions, I tried to submit the Sim to ModTheSims2, but it was denied due to it's failure to resemble Mr. Dean. So, I went back and tried to readjust a lot of the features to come close to matching Mr. Dean's and even asked ReginaS for feedback to the Sim, to get where it is now. A lot of hard work went into him. I hope that everyone enjoys him.