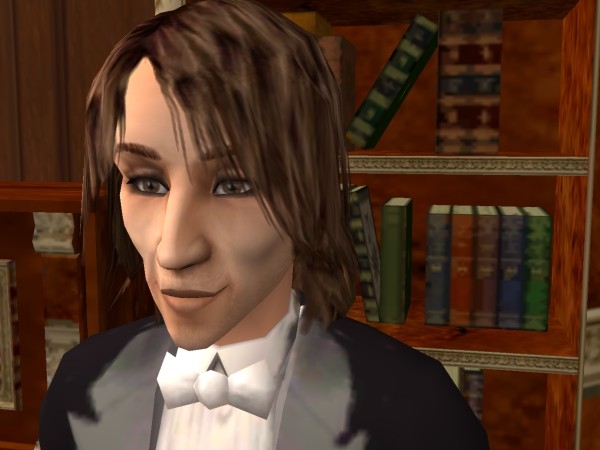 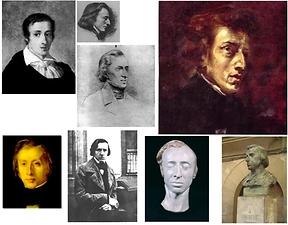 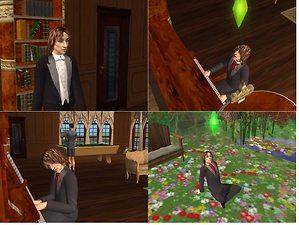 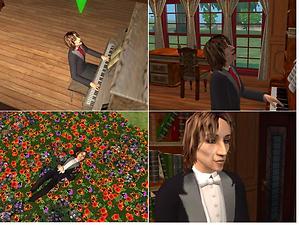 Created by NanetteTredoux
View all Downloads
Uploaded: 8th Oct 2006 at 10:25 AM
This is the first in my series of great composers.

Chopin lived from 1810 to 1849. He was born in Poland, and died in Paris. He was sickly for most of his life and died of tuberculosis. The epitome of the romantic musician. Much of the music played by highly creative sims when they practice the piano in the game, is by Chopin, and I thought it would be nice to have him play his own music. (To get the expressive pianistic movements shown in the pictures, you need to maximise his creativity).

I used various images to get an indication of what Chopin looked like - this was difficult, because he clearly deteriorated from a bright-eyed, intense, pretty boy to a gaunt, haunted figure, as you can see from his death mask. He died young, but looked a lot older, yet strangely attractive in a poetic way. In the end it is my own interpretation, but influenced greatly by the Delacroix portrait and the pencil sketch of his profile.

Many thanks to the creators of the custom content.

The pianos used in the pictures are by mininessie (the light brown antique piano) and by Kate from Parsimonious (the Marshbank study furniture).
Files Need help with downloading or installing content? Click here!