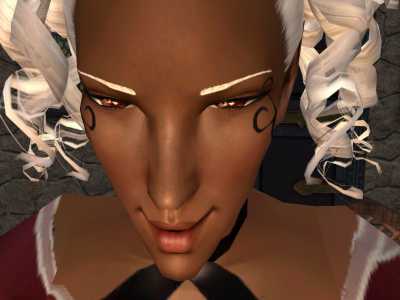 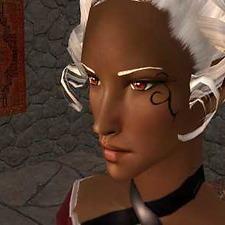 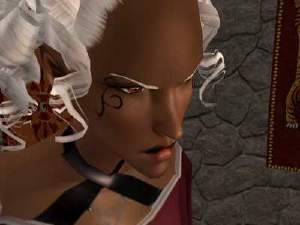 This is the nastiest dark elf who has ever lived on this planet. She is originally from Pluto, but the recent "de-planetisation" of her home world forced her to come to Earth to teach those nasty scientists what Pluto is all about.
Mauvais is grumpy and cruel-hearted. As beautiful as she is deadly, Mauvais takes a twisted pleasure in bringing about the demise of others.

Mauvais is quite an enigma to those who know her. She goes to great lengths to achieve elaborate hairstyles and make-up, and has all of the luxories that she can get her hands on. But she is also wild and daring, and dresses for convenience and comfort rather than for show.


These recolours may or may not be endorsed by Sandicee4.