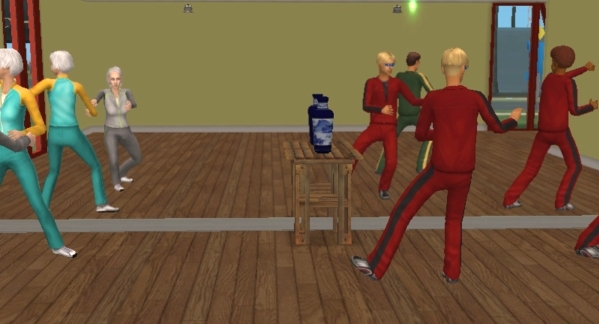 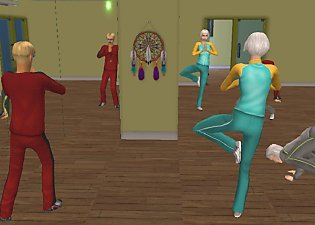 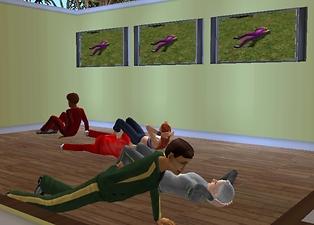 598 Thanks  Thanks     70 Favourited
It annoyed me that in my community gyms where I put a stereo or a TV, sims would just start hula-dancing or watching the cooking channel. Not very gym-like.

So I created these 3 modified objects (found in hobbies under exercise):

Each object can be placed in your community gym and will allow your sims to autonomously use the item. With a selectable sim you can also click on the item and direct them.

Tai Chi Class/Vase
Will allow sims to do Tai Chi and it will increase their energy and comfort.

Yoga Class/Picture
Will allow sims to do Yoga and it increases their hunger and fun (because yoga is fun and satisfying!)

Workout TV
This TV will allow sims to workout ONLY! They cannot just watch TV. The workout increases their social.


Issues:
I had to make a Yoga interaction as I couldn't find one in the game that I could modify, so this isn't a 'real' yoga interaction. You cannot join yoga, or ask anyone else to join, nor can you skill up - you can gain fitness, though. The sims also tend to do yoga a lot and won't stop even if you close business - they will stop, however, if you decide to go home or if their motives get low - suggestions are greatly appreciated.

Update
23 Dec 2009 - included a yogaclass - no hunger gain version of this mod. Thanks!