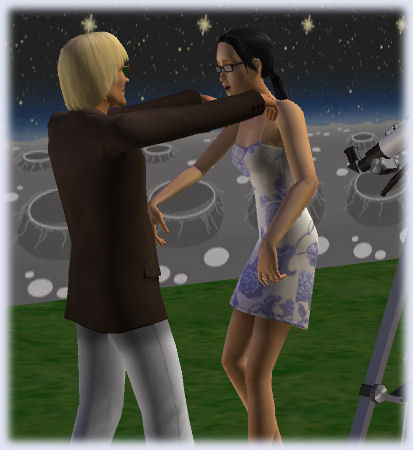 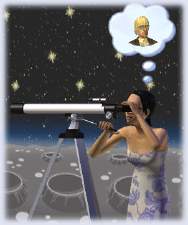 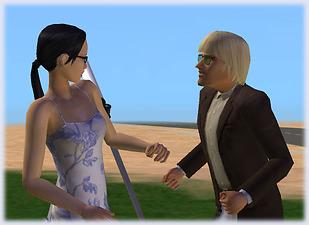 Added an alternate version + a mod which allows to Look Through even during the night. Please check the description at the bottom of the page.

When looking through the telescope during the day, a Sim only has the option to "Look Through", instead of "Stargaze". This interaction represents the Sim watching a random neighbor.

Though watching pretty neighbors is fun (or so they think), there are three elements that annoyed me in the interaction. These are the three features of this mod.

Absolutely the worst annoyance, the pretty neighbor will eventually come and let you know how much they hate being spyed on.

With this mod, no visitor will ever come, or even notice about your fun activity.


- No gain of Logic skill

Though you could learn a lot from watching your neighbors, you are not going to gain a skill from doing so. Certainly not logic.

This mod disables the gain of Logic skill points when using the telescope during the day. Night time is not affected.


- No gain of Science enthusiasm

Because I don't believe that watching neighbors is going to help one understand the Universe, this mod also disables the gain of Science enthusiasm.

I've made an alternate version of the mod which is the same as the main one, but which does not remove the gain of Logic skill points or Science enthusiasm points.

Of course, you must only use one version (the name of the packages inside the archives are the same to prevent you from trying).


Optional Addition: Look Through during the night

As requested by Sophie-David, I've added a mod which allows Sims to Look Through the telescope at all times, no matter the time of the day or night. This features does not interfere with other night time interactions, which are still available.

This mod is completely independent from the main mod and will work with or without it.

I don't know of any mod that conflicts with this one.

Please let me know of any compatibility issues.

My thanks go to all the modders out there that have not made this mod before I did.

No Sim got fat during the testing of this mod. If one of your Sim gets fat, try cutting back on red meat.


Use either the main mod or the alternate version. Not both.

The Look Through Enabled During The Night mod is independent and works with or without the main mod.