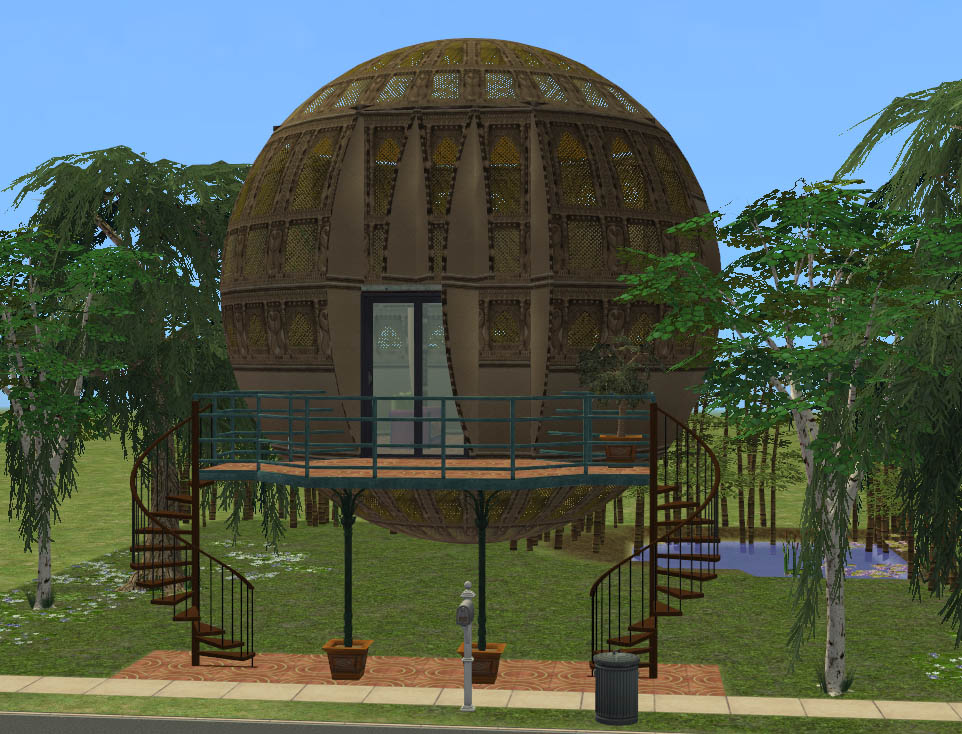 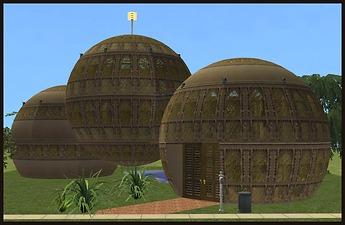 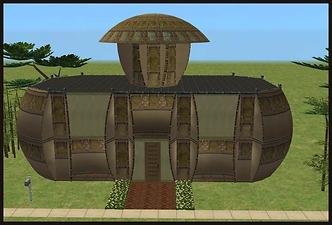 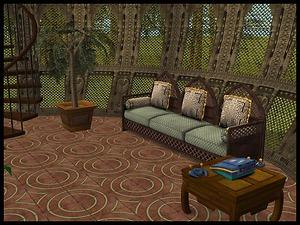 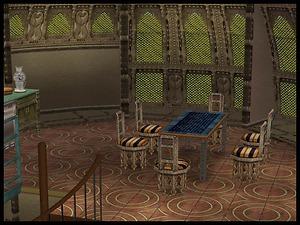 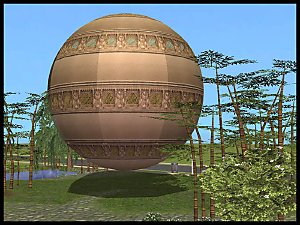 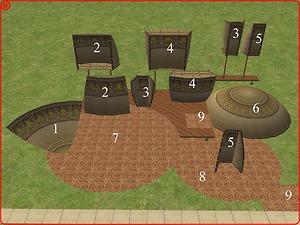 5,152 Downloads 499 Thanks  Thanks 83 Favourited 48,996 Views
Picked Upload!   This is a picked upload! It showcases some of the best talent and creativity available on MTS and in the community. 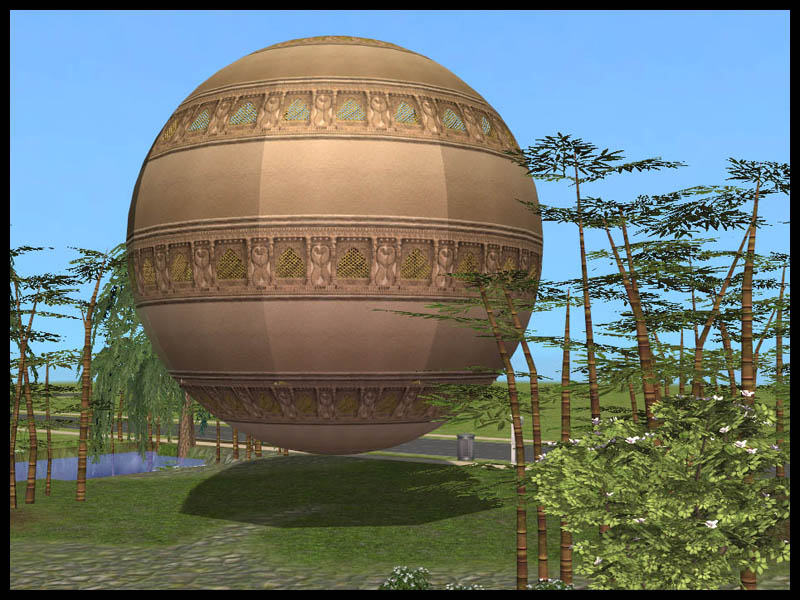 The future will bring new building materials and new techniques to Simville -- and the 360 Corporation is leading the way. As the Marketing Department likes to say, "Round is always Profound, and nothing is rounder or more profounder than a 360 home." (Marketing slogans of the future will be as meaningless and grammatically incorrect as current slogans.) 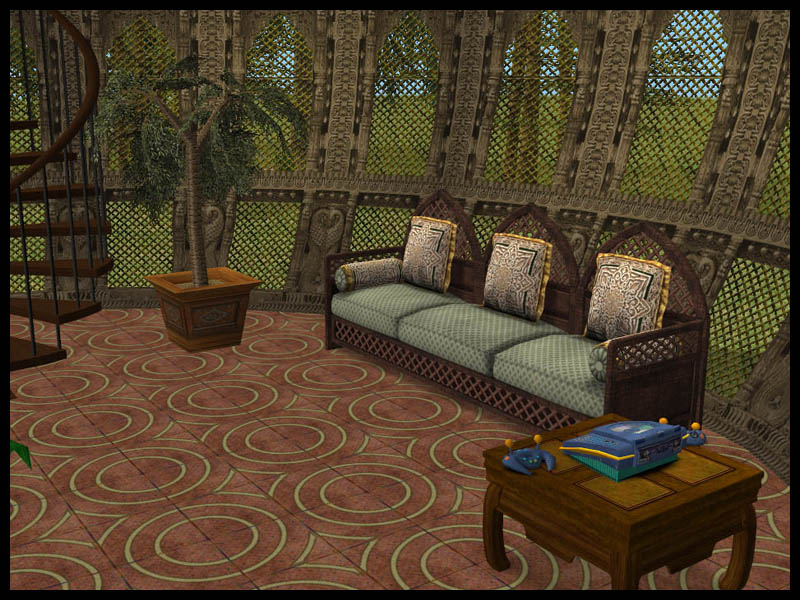 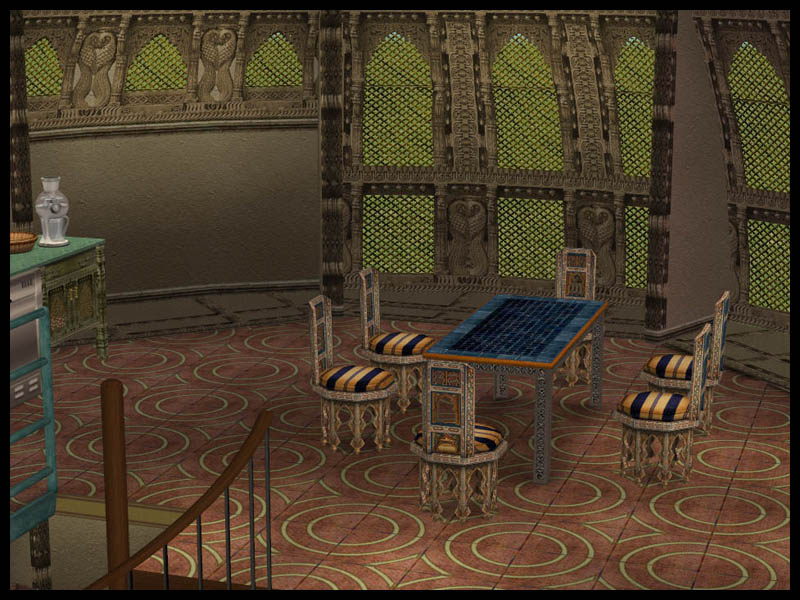 With the 360 sphere build set, your sim can live in a home that looks like a sphere, ... a collection of spheres, ... or just add some roundess to what would otherwise be a rather dull, squaresville kind of house.

What the marketing folks did not tell you, is that spheres only come in one size, and is all an illusion. Thru the clever use of special windows and columns, you can build a 2-level, octagonal building (3-straight, 2-diagonal) building.

The 360 sphere build set consists of:
-- 'Bottom' column, which when 4 are put together form the bottom 1/6 of the sphere and exactly support the upper levels so all the floor space is useable.
-- 'Top Cap' column with is the upper 1/6 of the sphere. It caps off the building.
-- 3-Tile lower window & its diagonal. The diagonal is only 2-tile, so together they perfectly form the lower liveable section of the sphere.
-- 3-Tile upper window & its diagonal. Similar to the lower window - Makes the upper liveable section.
-- Single tile upper and lower windows (along with their diagonals). The addition of the single tile windows makes the set more versatile -- making it easier to connect spheres in a color/style coordinated way, and fill in space around doors & arches. In addition, they look cool & stylish on their own.
-- Two recolors. A 'clear' or transparent frame recolor to make the frame disappear, and a 'screen' glass recolor for a more open look.
-- Two decorative rugs - one for the top, one for the bottom - to give an optional smoother look to the inside of the sphere. These are found in Decorative>Other
-- A bonus floor that coordinates with the rugs.

This set is very specialized to create the sphere illusion. Here is a guide to the pieces. 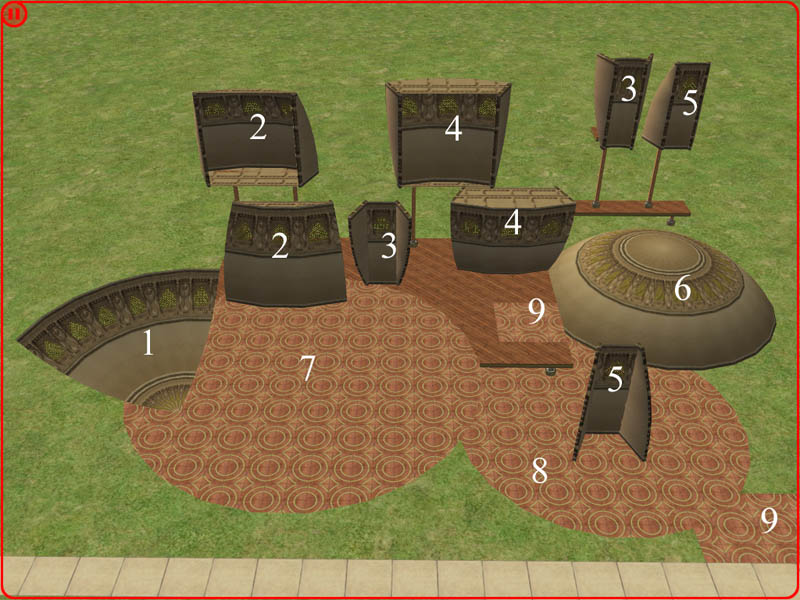 So how much is this going to cost you? Well, ... the 360 Corp wants your signature on a contract before they full disclose the price. Lucky for you, my brother-in-law works for them, and I got my sister to wheedle the prices out of him. ... and since I can never keep a secret for long ....

The windows stick out a lot beyond the wall. Your sims will walk thru this 'sticky-out' part. This isn't a game play problem, and in actual play you might not even notice. However if you are OCD, or making movies you could fence the windows off so they sims can't walk thru them. Niol's Invisible Fences would be a good choice if you are not planning to share the lot. Invicible anything drives renovators nuts.

The sticky-outness of the windows also makes it look like there are more tiles to the room than there really are -- especially with the diagonals. If you put something in this space, the game knows it is on the other side of the wall, so lighting will probably be odd (inside vs outside) and you will not get any decorating bonuses to the room it visually appears to be in. The good news is that your rooms tend to look open and airy!

The window frame uprights protrude a bit into the floor above. This is because the frame is exactly 3 units-high. When I backed off just a tiny bit so they wouldn't protrude, it left a gap when I stacked the windows. For me, the gap was very disturbing -- messing up the clean, continuous line of the sphere. The windows were meant to be stacked -- so I kept the protrusion.

Along the same lines as above, if you put the window directly on the ground, or floor the sticky-out part, the top & bottom plates of the frame are exactly at floor level and the game rendering is funky when it tries to show two very different things at exactly the same place! In actual play, this is a minor annoyance. However, when you go to take pictures this can look AWFUL! Hence the 'rugs'. The rugs float just above the floor and completely cover the circle of floor. This covers up the problem and gives a much smoother finished look to the room.

The rugs were cloned from Echo's Real Rugs and have the same limitations as the original. Sims do not like to excersize on the rug. The mesh for the 360 sphere rugs is visually many tiles wide, but from a game perspecitve it is only 1 tile large. That 1 tile is at the very center of the room, so if you arrange your furniture so your sim is not expected to exercize at the center of the room there will be no problem. Also, the rugs appear under Decorator > Miscellaneous in the catalog -- not under rugs.

All objects in set are recolorable. The repository technique was used.

The windows and columns use BTB-360Window-SingleUp-201107-MASTER.package as the color master.

A seamless texture for the glass subset will give the best results. The mapping/scaling is such that 'wall' textures work very nicely. If you chose to make a 'real' glass wall (i.e. use blend mode in the TXMT), the windows are flat enough that they work fairly well. The game rendering of the very 3-dimensional columns (the very bottom and very top pieces for the sphere) in blend mode is often funky. If you are planning to use these pieces in your building, consider making an additional coordinating recolor that does not use the blend mode.

The rugs use BTB-Rug-Sphere360Lower-201107-MASTER.package as the master.

A rug recolor texture that is seamless both top to bottom and left to right will work the best. The mesh scaling/mapping was set in such a way that when a floor texture is used, it will match that texture in game. The TXMT is such that it 'looks' almost like a floor tile. The game uses shaders on floor tiles. The rug does not use shaders, so there is a little bit of difference. Use some of your favorite floor textures for recolors.

You may include these (and any of my other creations) in your lots posted to free sites. Credit and a link to my profile here or to The Sorceress and Company is appreciated.

Recolors -- Please include the full set of meshes with your recolors. It is a pain in the arse to go track down meshes for those really nifty recolors you made, and as the Sims2 world shrinks becomes more and more difficult. Don't send your fans on a frustrating treasure hunt for my meshes.

Please do not repost my set without adding your own creativity. I use the download numbers to justify to my family that I am actually good at this, and people appreciate it. They are a tough crowd -- I need all the numbers I can get!

Please respect the generous creators who allow me to use their CC in my lots. Do NOT upload any of my lots anywhere.

Sharing Policy:
You may use my recolors in lots you upload to free sites, with credit. You must also honor the policies of the mesh makers. You must check for any changes in policy and honor the policy in place at the time of YOUR posting.

You may include my meshes with any recolors you make. Please keep it all free!