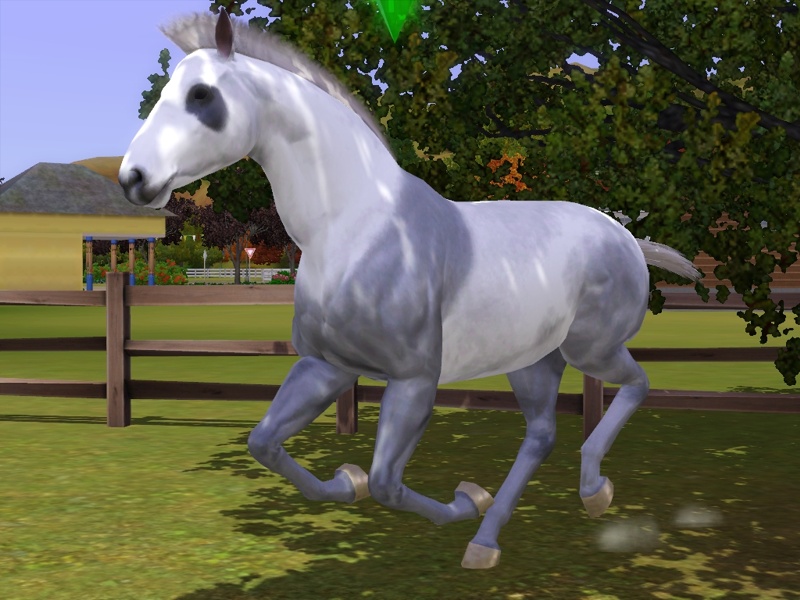 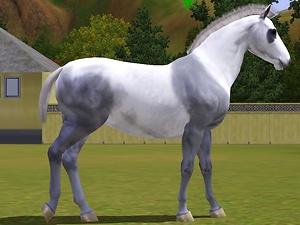 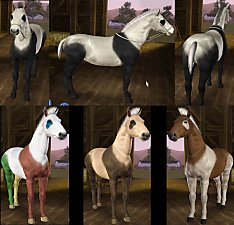 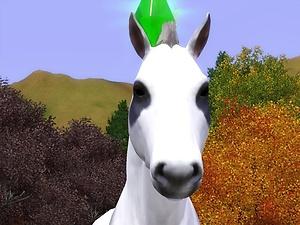 60 Thanks  Thanks     11 Favourited
Originally I was not going to do markings for the horses. However, I had a compulsion to 'complete the set' so to speak. However, I did sit on my thumbs and procrastinate a fair amount before finally sitting down and whipping this together. 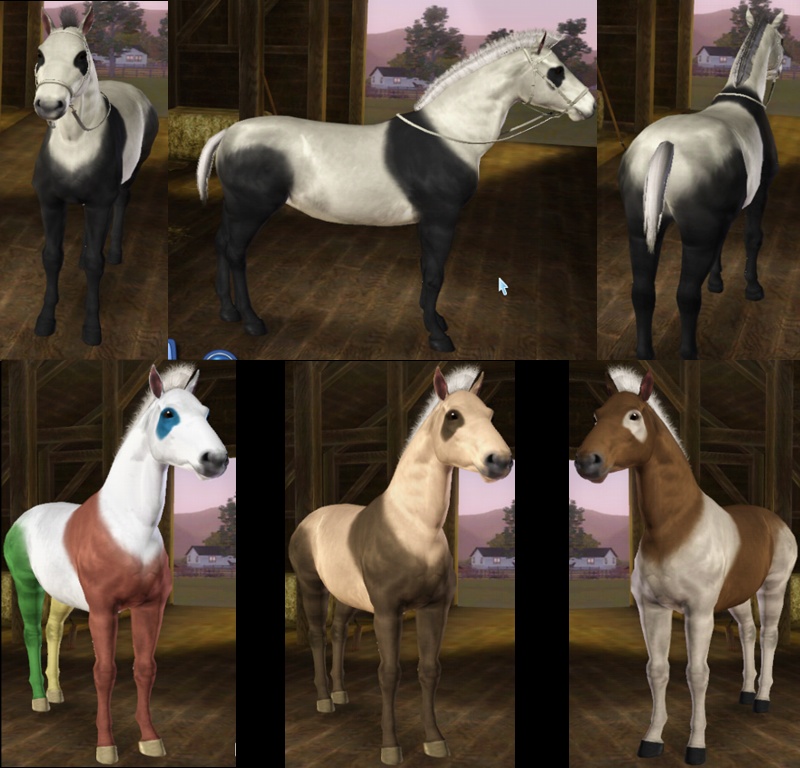 I did things a little differently with this set. First off, the eye-patches stand alone. They don't also include ear patches. There are no ear patches. It just looked wrong when I tried to make them. Second, the RegionsAll Panda marking is only the front area, whereas I separately made really tall socks for the rear quarters. Right and left rear legs are independent as you can see from that gaudy colourful horse, but are packaged together.

All markings were thrown together into one zip. If you want to be selective about which parts you want, then just don't unzip the ones you don't want, or delete them after.

Right then! Consider this project completed! And I must say, for a first project it turned out better than I thought, but not as nice as I would like.

Now you, too, can make custom regional markings, for I have written up a Tutorial that can be found in the MTS forums.

By the way, at this point, I don't care what you do with this custom content so long as you don't use it to make money.... well unless you cut me in on it.

So no using it as premium or pay content on pay sites.

In fact, I would love it if you showed me screenshots of your use of my custom content.

Additional Credits:
CmarNYC for helping me figure out important stuff
Maxis for making The Sims 3
People who shall remain nameless but know who they are for bugging me to finish the set.

If you need more info, see:
Back to download view
8 Comments / Replies (Who?)

Check out the rest of the set: